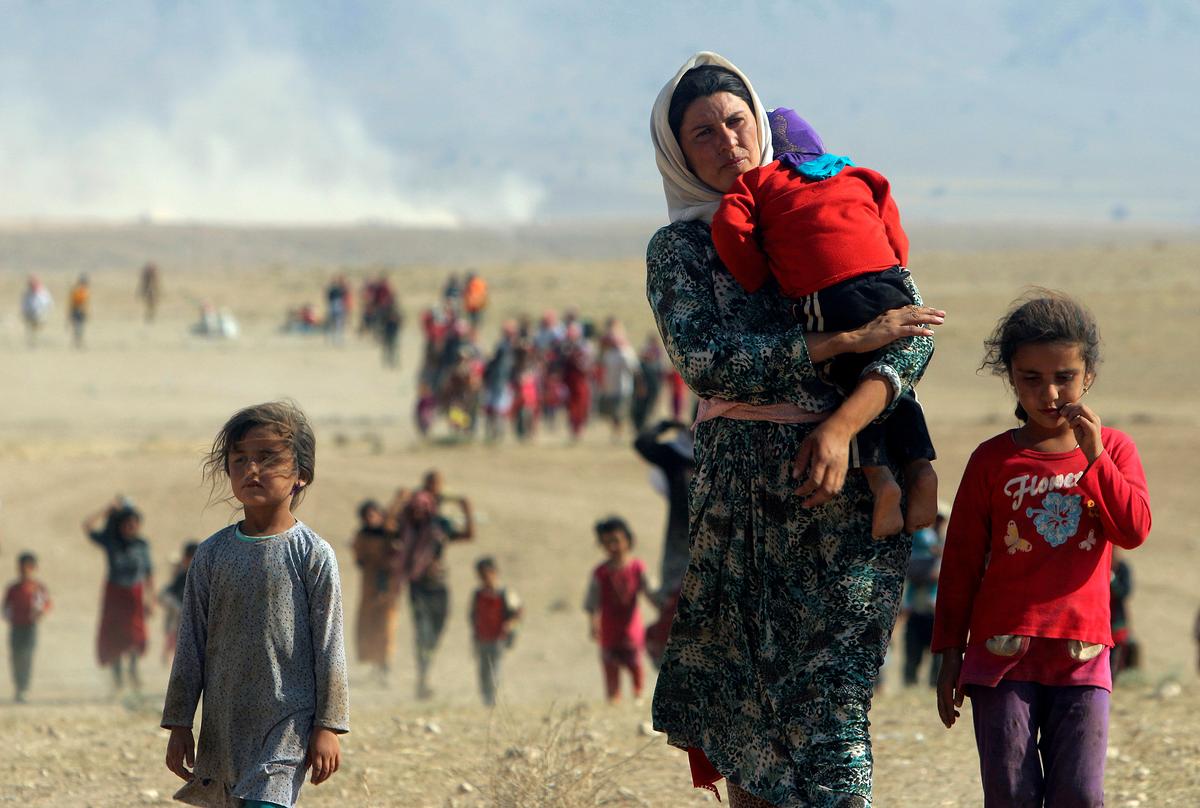 UNITED NATIONS (Reuters) – United Nations investigators have so far identified 160 Islamic State militants accused of massacres of Yazidis in northern Iraq in 2014 and are building legal cases against them, the head of the team told the U.N. Security Council on Tuesday.

FILE PHOTO: Displaced people from the minority Yazidi sect, fleeing violence from forces loyal to the Islamic State in Sinjar town, walk towards the Syrian border on the outskirts of Sinjar mountain near the Syrian border town of Elierbeh of Al-Hasakah Governorate in this August 11, 2014. REUTERS/Rodi Said/File Photo

The U.N. investigative team, created by the U.N. Security Council, started work a year ago to collect and preserve evidence for future prosecution of acts by Islamic State in Iraq that may be war crimes, crimes against humanity or genocide.

“In relation to the Yazidi community alone, the crimes that targeted them, we have identified over 160 perpetrators of massacres against the Yazidis … and we’re focusing our work to build solid cases hopefully in relation to each of those that may be presented to domestic courts,” said Karim Asad Ahmad Khan, head of the U.N. team.

U.N. experts warned in June 2016 that Islamic State was committing genocide against the Yazidis in Syria and Iraq to destroy the minority religious community through killings, sexual slavery and other crimes.

Islamic State militants consider the Yazidis to be devil-worshippers. The Yazidi faith has elements of Christianity, Zoroastrianism and Islam.

Nadia Murad, who won the 2018 Nobel Peace Prize for her efforts to end the use of sexual violence as a weapon of war, and human rights lawyer Amal Clooney played a key role in pushing for the U.N. investigative team. Murad is a Yazidi woman who was enslaved and raped by Islamic State fighters in 2014.

Islamic State overran the Yazidi faith’s heartland of Sinjar in northern Iraq in 2014, forcing young women into servitude as “wives” for its fighters and massacring men and older women.

Yazidi survivor Kachi, whose full name was withheld to protect him, addressed the U.N. Security Council on Tuesday.

“After shooting at us, ISIL members left to another place. I found myself under a pile of dead bodies,” he told the council. “When I opened my eyes I saw three of my brothers. They were next to me. They were dead. So were my nephews and my cousins.”

He said his wife and daughters were kidnapped and sold as slaves and that he had lost some 75 members of his family.

“Five years have passed and I can still hear my wife and my daughters screaming when the members of ISIL kidnapped them. I can also hear the voice of my daughter Lara, who was three months old when she passed away in captivity because of thirst and hunger,” Kachi said.