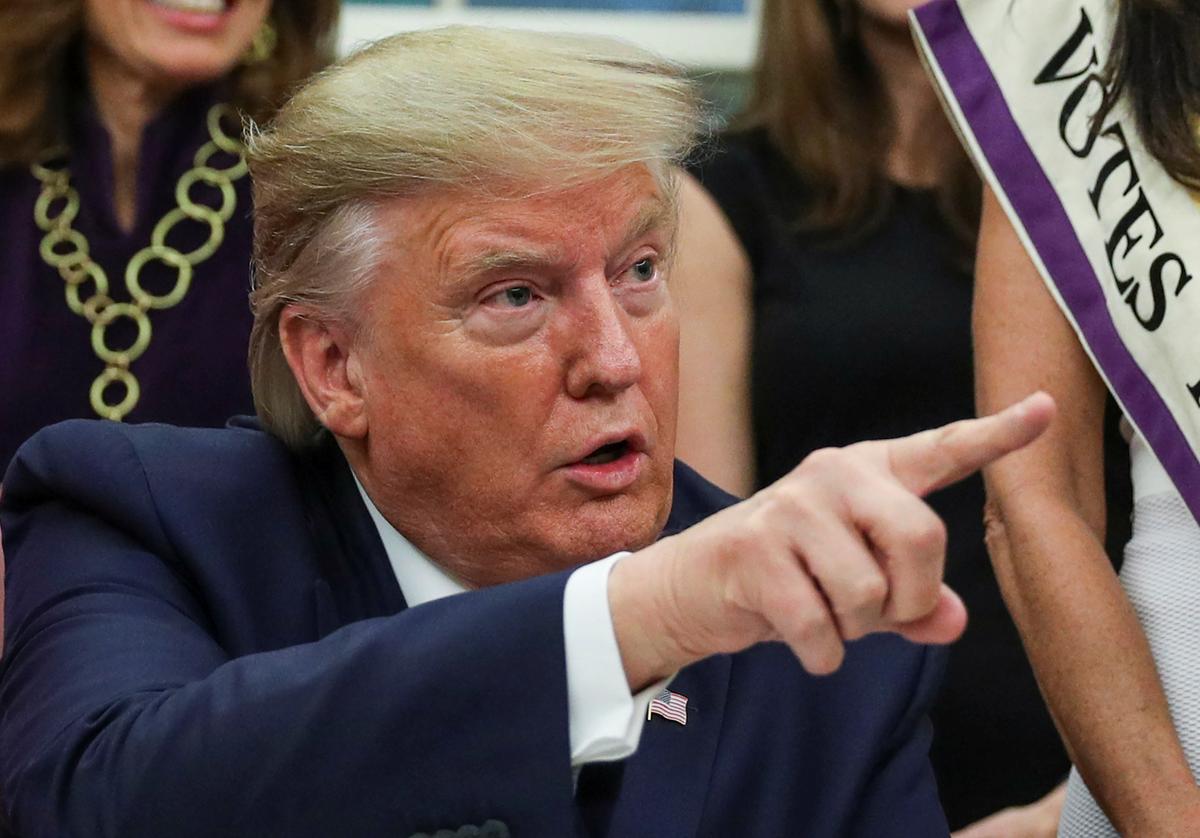 NEW YORK (Reuters) – Public support for impeaching President Donald Trump has tracked steadily higher over the past few weeks while a U.S. House of Representatives committee held a series of televised impeachment hearings, according to a Reuters/Ipsos opinion poll released on Tuesday.

The latest poll, conducted on Monday and Tuesday, found that 47% of adults in the United States felt Trump “should be impeached,” while 40% said he should not.

The result, combined with Reuters/Ipsos polling over the past several weeks, showed that the number of Americans who want to impeach the president increasingly outnumbers those who do not.

Just before the hearings started on Nov. 13, the Reuters/Ipsos poll found that “net support” for impeachment, which is the difference between the number who support impeachment and the number who oppose, was 3 percentage points.

That increased to 4 points after the first week of hearings, and then to 5 points as the second week of hearings started. The latest poll shows that net support for impeachment is now at 7 points.

The inquiry centers on a July 25 phone call in which Trump asked Ukrainian President Volodymyr Zelenskiy to investigate Democratic presidential contender Joe Biden and his son Hunter Biden as well as a discredited conspiracy theory promoted by Trump that Ukraine, not Russia, interfered in the 2016 U.S. presidential election. Hunter Biden had worked for a Ukrainian energy company.

Democrats have accused Trump of abusing his power by withholding $391 million in security aid to put pressure on a vulnerable U.S. ally to interfere in an American election by digging up dirt on his domestic political opponents.

If articles of impeachment are approved by the Democratic-controlled House, the Senate, controlled by Trump’s fellow Republicans, would hold a trial on whether to convict Trump and remove him from office. Republicans have shown little inclination toward removing Trump, who is seeking re-election in 2020.

Trump denies wrongdoing and has dismissed the inquiry as a hoax or effort by Democrats to overturn the result of the 2016 election.

Public opinion about impeachment remains split along party lines, with about eight in 10 Democrats supportive of impeaching Trump, and eight in 10 Republicans opposed.

The Reuters/Ipsos poll showed that seven in 10 Republicans believed the House inquiry had not been conducted fairly, and most Republicans opposed impeachment for anything short of outright lawbreaking by the president.

Four in 10 Republicans agreed that a president who uses his powers for financial gain should face an impeachment inquiry, while three in 10 said it would be justified for a president who obstructs justice or harms U.S. interests abroad.

Only two in 10 said an inquiry would be justified for a president who uses his powers for unfair political advantage over an opponent, as Trump is accused of doing.

The Reuters/Ipsos poll was conducted online, in English, throughout the United States. It gathered responses from 1,118 adults, including 528 Democrats, 394 Republicans and 111 independents. It has a credibility interval, a measure of precision, of 3 percentage points.