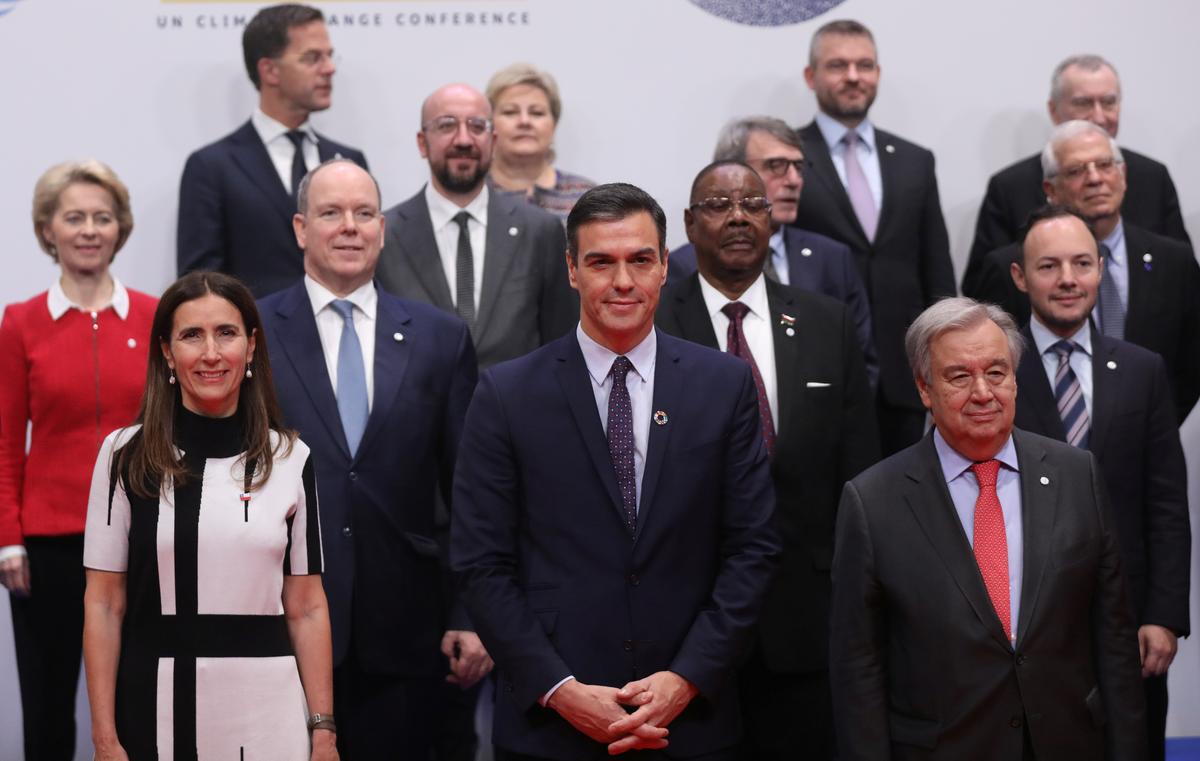 MADRID (Reuters) – The world must choose hope over surrender in the fight against climate change, U.N. secretary-general Antonio Guterres said on Monday, warning a summit in Madrid that governments risked sleepwalking past a point of no return.

The latest round of annual negotiations to bolster the 2015 Paris Agreement to curb global warming began against a backdrop of unusually severe weather disasters this year, from fires in the Arctic, Amazon and Australia to intense tropical hurricanes.

“Do we really want to be remembered as the generation that buried its head in the sand, that fiddled while the planet burned?” Guterres told the opening session of the two-week gathering, held in a hangar-like conference center in the Spanish capital.

“One is the path of surrender, where we have sleepwalked past the point of no return,” he said. “The other option is the path of hope. A path of resolve, of sustainable solutions.”

Delegates aim to tackle an important outstanding issue from the Paris accord: rules on carbon trading that are seen as vital to kick-starting faster action to reduce emissions.

But the summit is also being watched as a broader test of international commitment to the kind of major changes in energy, transport and industry that scientists say are needed to wean the world off fossil fuels fast enough to avoid catastrophe.

Mark Montegriffo, a journalism student, had traveled from London to join several dozen protesters with the Extinction Rebellion movement who gathered outside the venue to demand bolder action by the officials cloistered inside.

“It would take a radical transformation, but it starts on the streets, it starts here,” the 22-year-old said.

The Paris process faces a moment of truth next year when governments are due to unveil more ambitious proposals to cut the production of planet-warming gases in time to stop the climate careering past dangerous tipping points.

Under existing pledges, the world is on course for the kind of temperature rises that could threaten the stability of industrial societies and lay waste to swathes of the developing world in the second half of the century, scientists say.

While a fast-growing youth-led climate activist movement is pressuring leaders to act, U.S. President Donald Trump’s decision to begin withdrawing from the accord last month has cast a shadow over the latest round of negotiations.

Nevertheless, U.S. House of Representatives Speaker Nancy Pelosi, who is leading impeachment proceedings against Trump in Washington, appeared at the talks on Monday with assurances that Congress was committed to ambitious climate action.

“By coming here we want to say to everyone we are still in, the United States is still in,” Pelosi told reporters at the talks, flanked by Democratic Congressional representatives.

Spain’s acting Prime Minister Pedro Sanchez, whose government stepped in to host the summit after unrest erupted in Chile, the original venue, urged delegates to take ambitious action to preserve the “fragile balance” of life on Earth.

“No one can independently pull out of this challenge,” Sanchez told delegates. “There is no wall high enough to protect any country from this challenge, however powerful they are.”