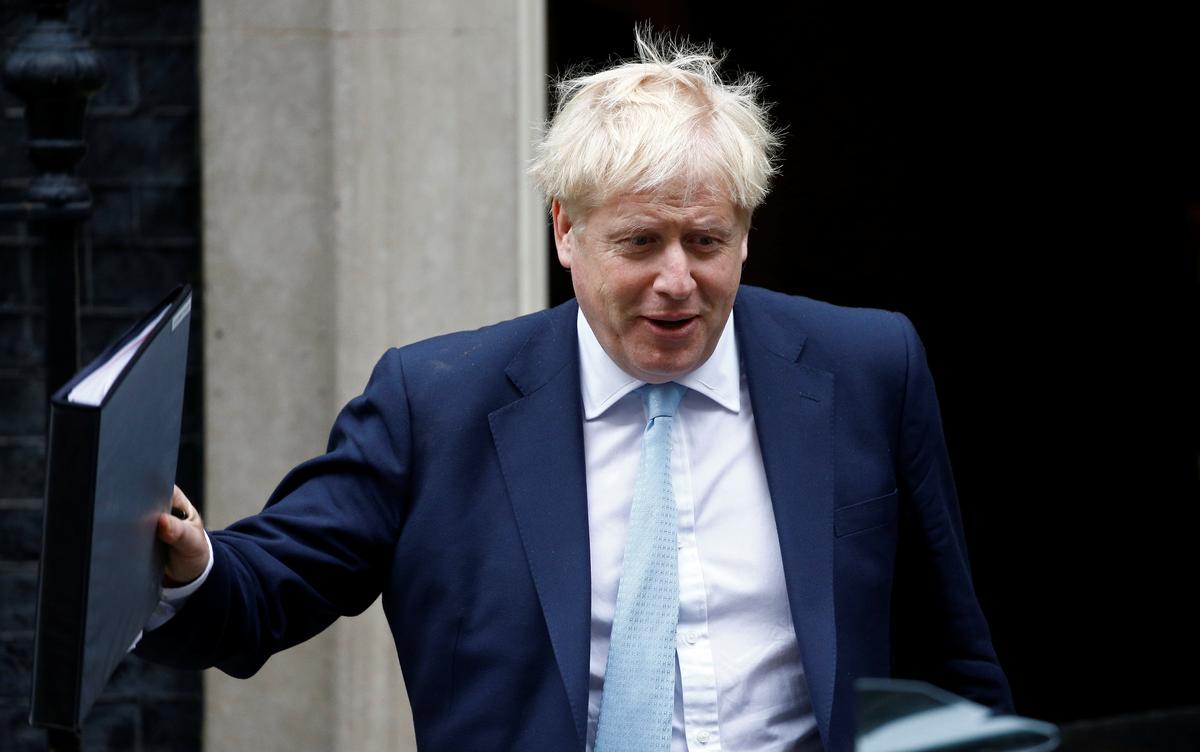 BRUSSELS (Reuters) – Britain’s latest proposal for an agreement on the terms of its divorce from the European Union has been widely rebuffed in Brussels because it does not meet the objectives of the so-called Irish border backstop.

Below is an explanation of the backstop Britain agreed with Brussels in 2018, the new plan proposed by Prime Minister Boris Johnson and why EU officials think it falls short:

Now, there are no border checks or infrastructure between the UK province of Northern Ireland and Ireland as both are in the EU’s single market customs and regulatory arrangements.

The backstop in the 2018 Brexit deal was designed to prevent a hard border being introduced on the island of Ireland when Britain leaves the EU – whatever trade deal was eventually agreed between London and Brussels.

It envisaged that the United Kingdom would remain bound by some EU rules if no other way is found to keep the border between the British province and Ireland invisible.

Maintaining a frictionless border was a key part of the 1998 Good Friday agreement between London and Dublin to end 30 years of violence in Northern Ireland.

WHY DIDN’T THAT WORK?

Pro-Brexit lawmakers objected to the 2018 deal, saying the backstop would tie Britain to the EU come what may, leaving the country overseen by EU judges and preventing it from striking trade deals around the world. Parliament’s rejection of the deal forced then-Prime Minister Theresa May from office.

Johnson’s new proposal is that after Brexit, Northern Ireland would remain aligned with the EU’s single market rules for trade in animal, food and manufactured goods.

But the province would leave the EU’s customs union, along with the rest of Britain, so the country as a whole could strike new trade deals.

The proposal also says the legislative assembly in Northern Ireland would have the right to decide every four years whether it wants to continue to abide by EU rules on traded goods.

WHAT DOES IT MEAN?

In addition, there would be a customs border between Northern Ireland and the Republic of Ireland. Checks would be needed to ensure duties and taxes were paid on goods moving from Northern Ireland to within the EU and to prevent smuggling.

The British proposal says there would be no physical infrastructure along the 500 km (300 mile) border.

According to Irish and EU officials, there are several issues with the plan proposed by Johnson, who is determined for Britain to leave the EU on Oct. 31, with or without a deal.

They say there would inevitably have to be some form of border checks to preserve the integrity of the EU single market, and that would end frictionless trade on the island of Ireland.

“Any form of controls and checks in and around the border would signify the end of frictionless trade and as such would harm the all-island economy as well as represent a serious risk to the peace process,” European Union lawmakers said in response to the UK plan.

Britain has proposed only having physical checks on a very small proportion of traded goods at premises or designated locations anywhere in Ireland or Northern Ireland – to avoid having a physical hard border.

The arrangements would be supported by measures such as a trusted-trader scheme, simplified customs procedures, monitoring technology and exemptions for smaller business.

EU officials say the proposals wouldn’t provide enough reassurance for Ireland and other EU members that their single market was protected against price dumping, unfair competition and smuggling at the border’s roughly 270 crossing points.

And if Ireland fails to check goods coming into the EU from Britain, it could raise questions as to whether Irish exports to the bloc should remain free of checks at their ports, even though it will remain in the customs union.

“It’s hard to see the substance of the customs proposal working for the EU side. It creates regulatory friction with Britain and customs friction with the EU,” said Mujtaba Rahman, managing director for Europe of the Eurasia Group.

Another major sticking point is the proposal that the Northern Ireland assembly can review its membership of the EU single market every four years.

The EU worries this would give the regional authority an effective veto over the bloc’s own affairs, and a rejection of regulatory alignment could trigger a return to a hard border.

“It’s basically an exit clause with the keys given to the DUP,” said a senior EU official, referring to the Northern Ireland unionist party that says maintaining the economic integrity of the United Kingdom is sacrosanct.

Under the original backstop, the EU would not allow Britain to withdraw from the arrangement unless it was satisfied any new trading rules would not result in the return of a hard border.

Britain has proposed that value-added tax and excise duty on goods moving between Ireland and Northern Ireland should not be paid or accounted for at the border. EU officials say this cannot work if Northern Ireland is still aligned to the bloc’s single market regulations.

CAN THE GAPS BE CLOSED?

The British government has billed its proposals as a “final offer” but Johnson said on Wednesday it was a “broad landing zone” and signalled a readiness to have intensive discussions.

“Boris Johnson was clear … there is scope for movement,” said Eurasia’s Rahman. “But the UK position will have to move very far for there to be an agreement.”