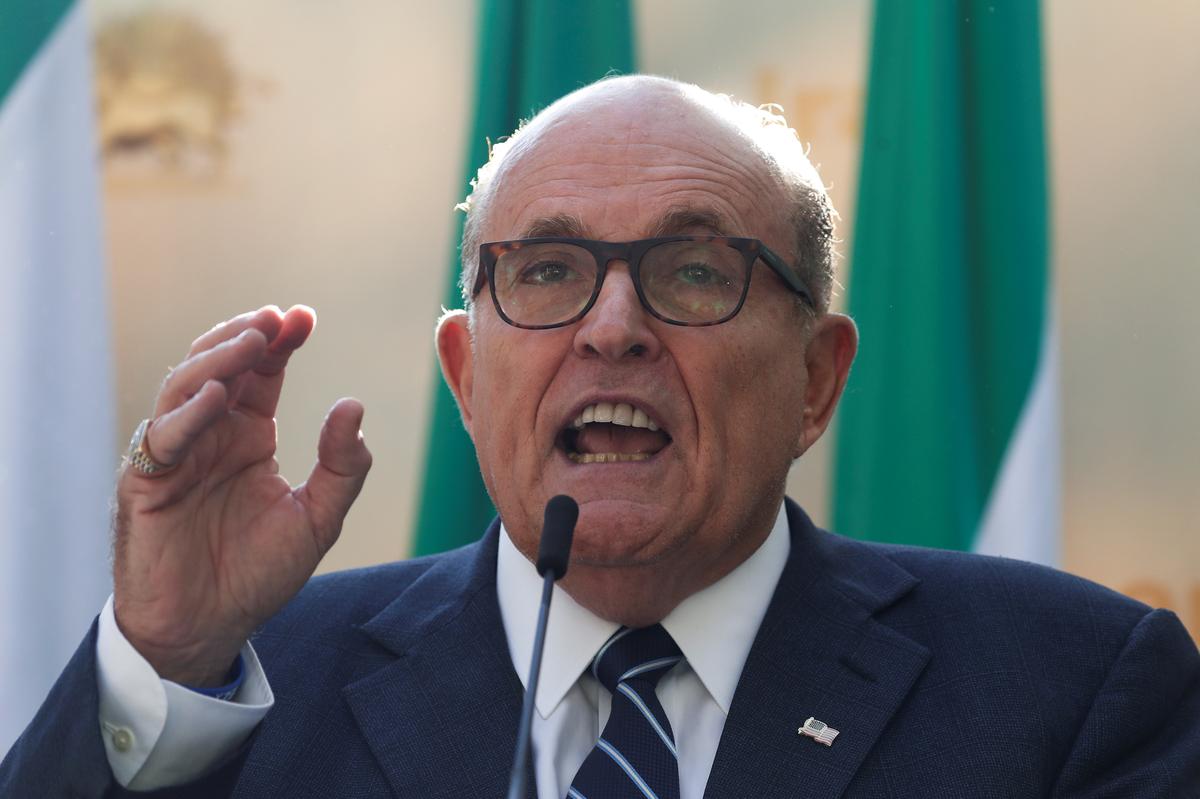 NEW YORK (Reuters) – Rudy Giuliani, a central figure in the impeachment inquiry into President Donald Trump, on Saturday played down his role in a proposed statement negotiated between U.S. diplomats and Ukrainian officials this summer about fighting corruption in the eastern European country.

Kurt Volker, Trump’s former envoy to Ukraine, told lawmakers on Thursday that Giuliani had said the statement should include a reference to a gas company on which the son of Trump’s political rival, Joe Biden, had served as a board member.

Giuliani said Volker and Gordon Sondland, the U.S. ambassador to the European Union, came to him about the proposed statement on corruption and asked for his advice on what should be in it.

“They had the idea of a statement and they asked my advice about it, that’s all,” Giuliani, Trump’s personal attorney, told Reuters in an interview. He declined to say what his advice was. “I was so little involved in it that I never even saw the statement.”

That statement was one of a series of choreographed steps that Ukraine needed to secure Ukrainian President Volodymyr Zelenskiy a meeting with Trump in Washington, according to evidence before U.S. House of Representatives committees spearheading the impeachment inquiry.

In prepared testimony to the committees, Volker said Giuliani had called him and Sondland and said “he believed the Ukrainian president needed to make a statement about fighting corruption” and that he had discussed it with a top aide to Zelenskiy.

On Aug. 16, the aide, Andriy Yermak, provided Volker with a draft but it included no reference to 2016 or Burisma, the Ukrainian gas company that Hunter Biden was involved in between 2014 and 2018.

He said he spoke to Giuliani again, who said he thought it should include a specific reference to Burisma and 2016, relating to accusations of election interference. Volker said “there was no mention of Vice President Biden in these conversations.”

Volker said he edited the draft statement to include the points, but Yermak did not want to mention Burisma and 2016, and he agreed. Ultimately, the statement was shelved.

Giuliani and others have made unsubstantiated allegations that when Joe Biden was vice president of the United States, he had a prosecutor fired to halt an investigation into Burisma. Biden has dismissed the allegations and no evidence has emerged to support them.

Trump pressed Zelenskiy in a July 25 phone call to investigate the Bidens. That call is now the basis of the impeachment inquiry.

Volker also said in his testimony that he put no credence in the allegations against Biden, whom he said he had known for 24 years. Biden is now a leading contender for the 2020 Democratic presidential nomination.