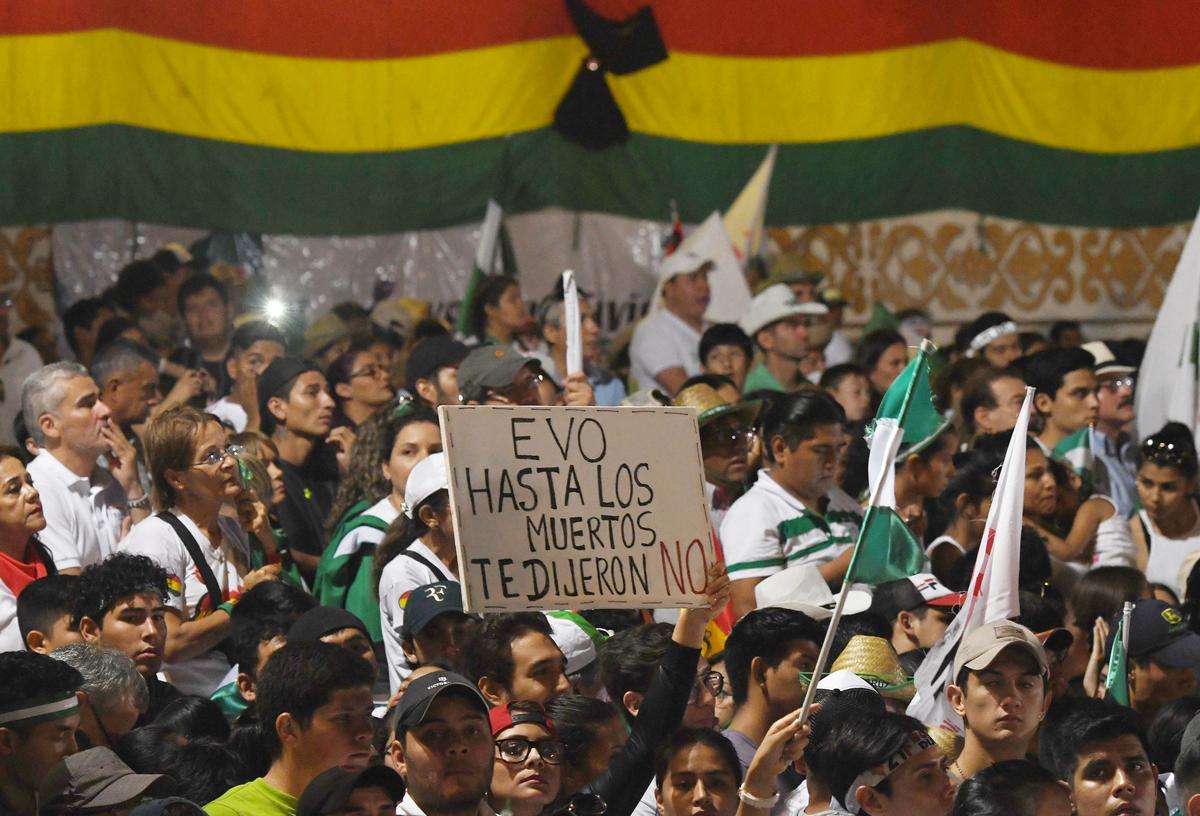 People attend a town council to demand Bolivian President Evo Morales’ government enact laws to protect the environment, and national forest reserves and to defend a referendum aimed at blocking Morales from reelection, in Santa Cruz, Bolivia October 4, 2019. The sign reads, “Evo even the dead told you no”. REUTERS/Rodrigo Urzagasti

SANTA CRUZ DE LA SIERRA, Bolivia (Reuters) – Hundreds of thousands of protesters marched through the streets of Bolivia’s largest city, turning up heat on President Evo Morales as they voiced outrage over his government’s response to wildfires that have razed broad swaths of the country’s forests this year.

Protesters in the wealthy, industrial city of Santa Cruz brandished placards at the demonstration late on Friday calling for a “punishment vote” against Morales in the upcoming Oct. 20 presidential election.

For weeks, opposition candidates and protesters have called on Morales to declare this year’s surge in wildfires, which have already scorched an area larger than Costa Rica, a national disaster to help facilitate international aid.

Morales’ government has said a disaster declaration could invite foreign meddling in a sovereign issue, echoing concerns voiced by neighboring Brazil’s far-right President Jair Bolsonaro, who has sparked a global outcry over his handling of fires in the Brazilian Amazon.

Santa Cruz, where organizers said as many as 1.5 million people joined in Friday’s protest, is home to vast tracts of Bolivia’s biodiverse Chiquitano dry forests. They are named for the indigenous people who have inhabited them for hundreds of years.

Protesters say a disaster declaration by Bolivia would remove bureaucratic barriers to the help needed from abroad to contain fires in the impoverished South American country.

Authorities did not give an official estimate of the number of protesters on Friday, but a local reporter working with Reuters said about 350,000 people marched through the city.