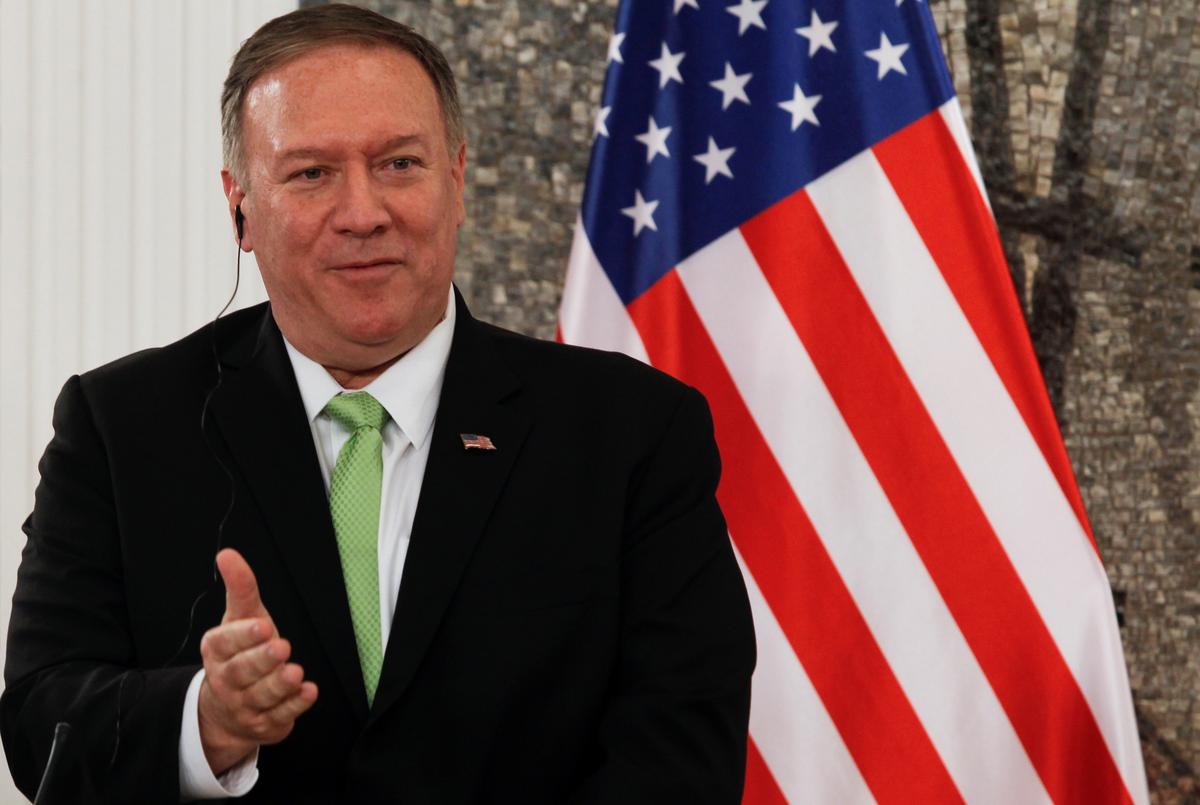 “As I have done elsewhere in my travels in Europe, I also warned of the risks of Chinese investments in sensitive technologies and China’s bribe-heavy strategy to secure infrastructure deals,” Pompeo said after meeting North Macedonian top officials in the southern town of Ohrid.

“We want North Macedonia to succeed, not struggle with corruption and with debt.”

Pompeo began a short trip to two small Balkan countries, Montenegro and North Macedonia, on Friday to discuss their roles in the Western NATO alliance.

After meeting top officials Pompeo visited a 9th century Orthodox church, one of the oldest in the region.

China includes Balkan countries in its ‘One Belt, One Road’ project to open up trade links for Chinese companies. It has extended loans worth billions of dollars to build railways, roads and power plants, mainly using Chinese workers.

Russia, which has strong ties with some of the countries in the region, openly opposes NATO and EU enlargement to the six Western Balkan states.

“You’ve contributed troops to fight alongside ours in both Iraq and Afghanistan; you have contributed to the coalition which has defeated the ISIS caliphate.

“I am confident that the United States Senate will ratify your accession protocol this fall, so that we can formally fold you into the NATO team.”

North Macedonia’s attempts to integrate with Western institutions were hampered until it agreed with its neighbor Greece last year on its new name.

Greece had long insisted that “Macedonia,” the name the country chose after the breakup of Yugoslavia, implied a territorial claim on the Greek region of that name.

“The United States will continue to partner with you for the good of your citizens, for the region, and for the world,” he said.

Pompeo said the United States was about to finalize a deal for “$36 million worth of light tactical vehicles” to Montenegro.

He commended intelligence cooperation with Montenegro, through which “we’ve been able to develop a patch against the latest Russian (computer) malware that now protects millions of devices worldwide.”

“It is of strategic importance for Montenegro to have U.S. and EU presence in the Balkans so there would be no space for (influence) of those countries who do not share same values,” Montenegro Prime Minister Dusko Markovic said.

Pompeo’s trip to Southern Europe has been overshadowed by an impeachment inquiry in the United States against President Donald Trump.

U.S. Democrats have pushed ahead with the inquiry following revelations by a whistleblower that Trump had asked Ukraine in July to investigate key political rival Senator Joe Biden and his son, and had withheld aid to Ukraine ahead of this request.

Pompeo has yet to comment on evidence presented in the probe on Thursday, in which it was revealed that the former U.S. special representative for Ukraine negotiations, Kurt Volker, thought it was “crazy” to withhold military aid from Kiev as it confronted a threat from Russia.

At the start of a meeting with Montenegrin Prime Minister Dusko Markovic and Darmanovic, Pompeo did not respond to a journalist’s question on whether he thought Volker had acted appropriately in the case.