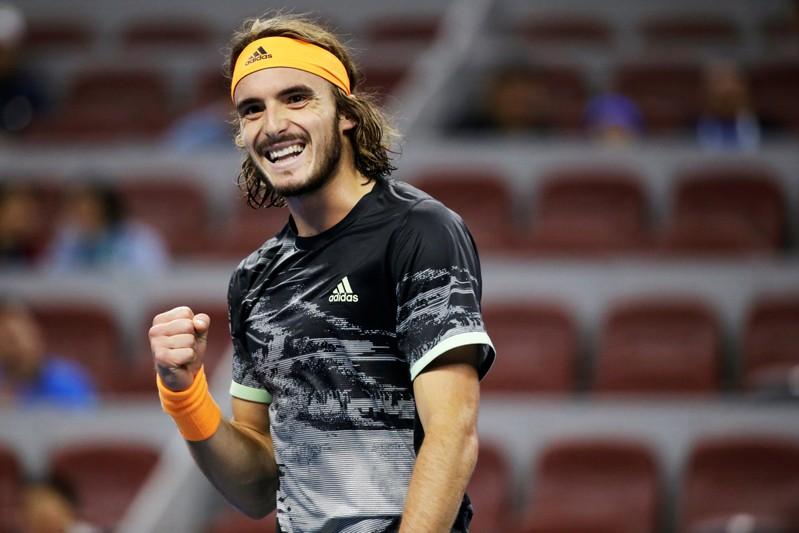 (Reuters) – Greece’s Stefanos Tsitsipas dispatched German second seed Alexander Zverev 7-6(6) 6-4 in the semi-finals of the China Open in Beijing on Saturday to set up a mouth-watering final with Austrian top seed Dominic Thiem.

Tsitsipas, 21, won 70% of his first-service points and broke Zverev four times to leave the German still seeking his first win over a top-10 opponent in 2019.

The 22-year-old Zverev saved five match points in the second set before a backhand return went long to give the Greek victory in one hour 51 minutes.

Tsitsipas had started slowly, though, as Zverev broke him in the first game before taking a 2-0 lead.

However, an argument with the chair umpire over a challenge from Tsitsipas where Zverev’s ace was judged wide seemed to affect his concentration and two double faults allowed the Greek to pull level at 3-3.

Zverev then took out his frustration on his racket by repeatedly smashing it on the ground while Tsitsipas maintained his composure to win the set in the tiebreak.

It was one-way traffic in the second as Tsitsipas’s momentum allowed him to win 12 points in a row to take a 3-1 lead before a late surge from Zverev only delayed the inevitable.

The Austrian had been broken only once in the entire tournament prior to the semi-final but dropped serve six times in the match.

Khachanov had the chance to serve for the match at 5-3 in the second set before Thiem fought his way back into the contest to win the tiebreak. The second set alone lasted a little more than an hour.

Both players broke each other early in the decider before Thiem broke the Russian again when he was serving to take the match into another tiebreak.

“(Qualifying for the ATP Finals) was one big goal when I started the season,” Thiem said. “I’m very, very happy that I made it again. But it’s not because of today’s win, it’s because of all the season.

“It’s a big honor for me to be again a part of that big event in London. It also shows that I played another very good and consistent season. I’m looking forward a lot to it.”

Reporting by Rohith Nair in Bengaluru