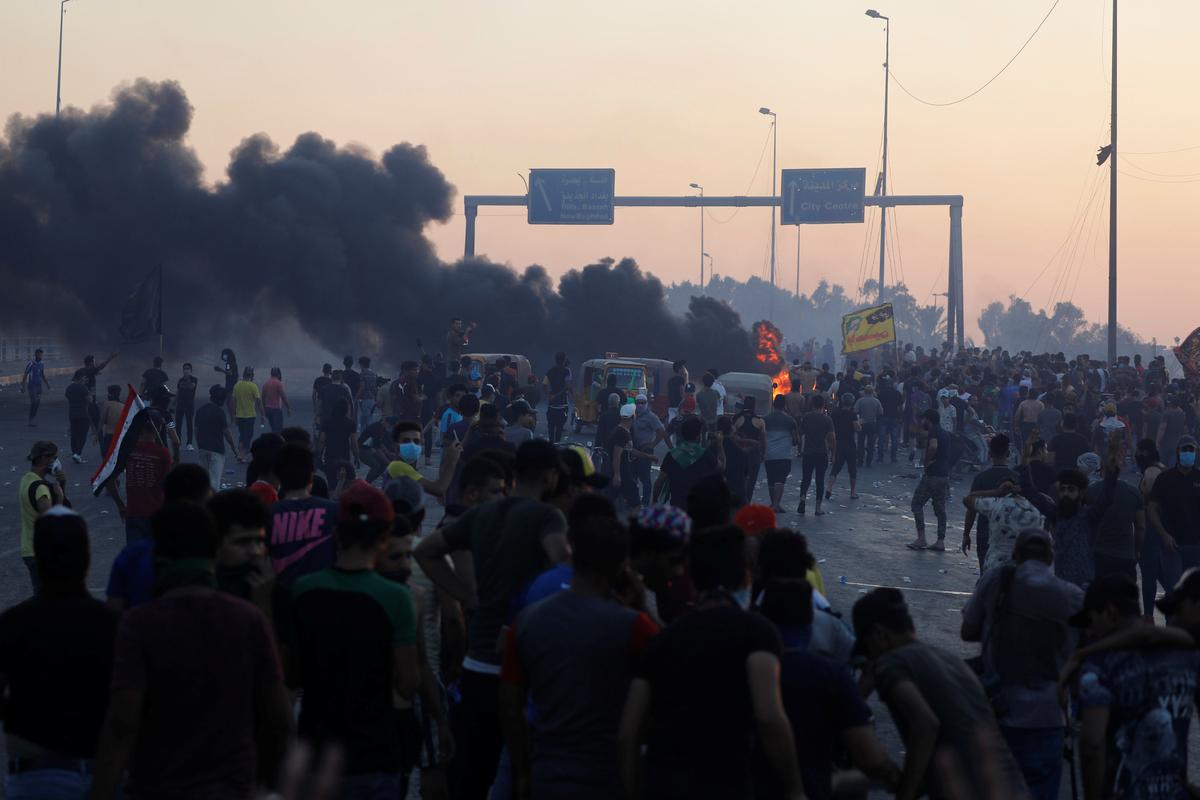 Demonstrators gather at a protest after the lifting of the curfew, following four days of nationwide anti-government protests that turned violent, in Baghdad, Iraq October 5, 2019. REUTERS/Thaier Al-Sudani

BAGHDAD (Reuters) – At least eight people were killed and 25 wounded in new clashes between protesters and police in eastern Baghdad on Sunday, police and medical sources said.

The clashes were in Sadr city, a sprawling residential district of the Iraqi capital, and added to a death toll of more than 100 people killed in less than a week of protests over corruption and unemployment.

The protests pose the biggest security and political challenge for Prime Minister Adel Abdul Mahdi’s government since it took power a year ago, and have revived fears of a new spiral of violence that could suck in influential militia groups.

Two years after oil-producing Iraq declared the defeat of Islamic State, security has improved but corruption is rampant, wrecked infrastructure has not been rebuilt and jobs are scarce.