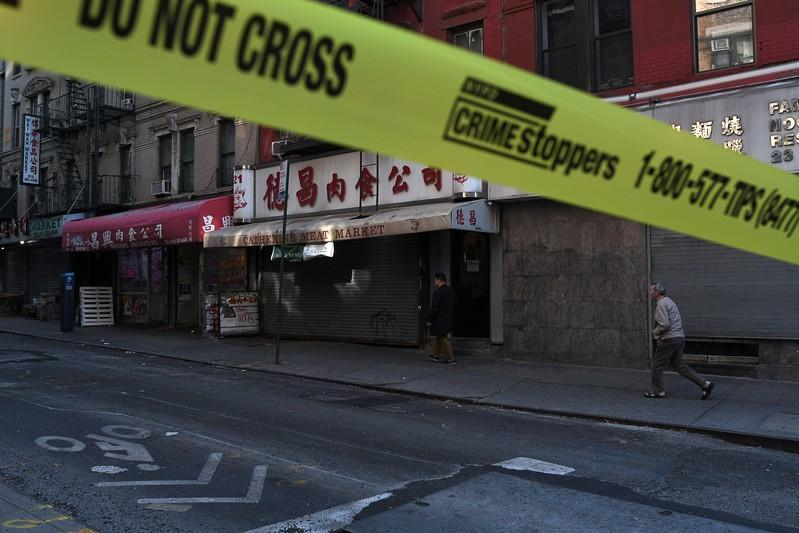 NEW YORK (Reuters) – New York police have charged a man with murder for using a metal pipe to beat four fellow homeless men to death as they slept in the city’s Chinatown district, authorities said on Sunday.

Santos was taken into custody on Saturday after officers responded to a report of an attack and found the bodies of four victims in Manhattan’s Chinatown neighborhood.

The suspect’s mother, Fioraliza Rodriguez, told the New York Daily News that she had kicked her son out of her house three years ago because he was addicted to drugs, assaulted her and his grandfather and stole from the family.

“I never thought he would kill someone,” Rodriguez told the newspaper. “I was afraid of him, though, because he punched me. That’s when I told him to get out of my house.”

The police department’s chief of detectives for Manhattan South, Michael Baldassano, told reporters on Saturday that the victims had appeared to be sleeping and a fifth victim was in the hospital. The condition of the fifth victim was not immediately known on Sunday.