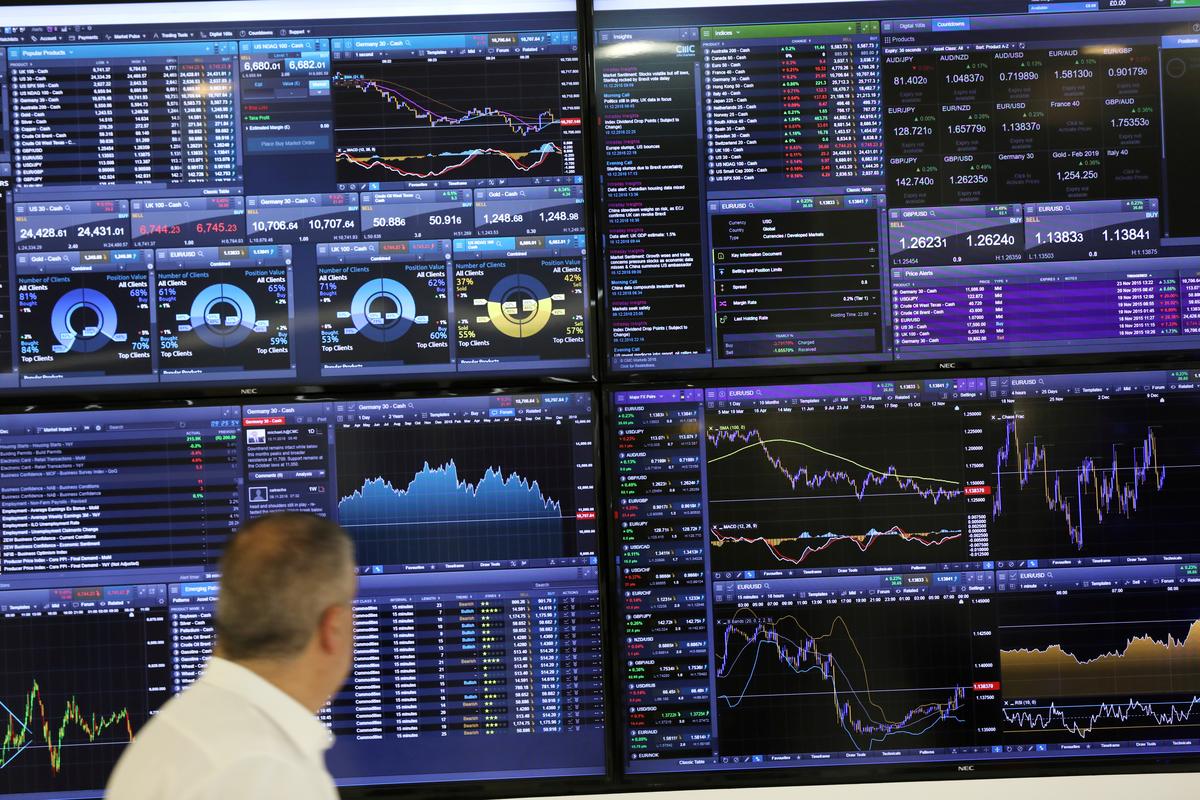 FILE PHOTO: A trader works as a screen shows market data behind him at CMC markets in London, Britain, December 11, 2018. REUTERS/Simon Dawson/File Photo

Oil was bid higher as deadly anti-government unrest gripped Iraq, the second-largest producer among the Organization of the Petroleum Exporting Countries.

The unrest in Iraq has begun to bring the so-called risk premium that supports prices back into focus, after supply concerns had eased in the wake of Saudi Arabia’s faster-than-expected recovery from attacks key oil facilities last month, said John Kilduff, a partner at Again Capital LLC in New York.

“There’s a lot of nervousness about the situation in the Middle East, particularly in Iraq, right now,” Kilduff said. “Oil prices have no choice but to go up.”

Remarks by Federal Reserve Chairman Jerome Powell and minutes from the most recent Fed meeting will later this week keep traders searching for signs on what the central bank is considering in its upcoming meeting.

Stocks were hit last week on concerns that softening U.S. manufacturing and services sector data were a harbinger for a slide to recession in the world’s largest economy. Strong jobs data on Friday softened the blow.

“Investors are somewhat tired of the same song and dance from the administration. They are not going to fully buy in until something materializes from the meeting,” said Matt Ruffalo, senior strategist at Clarfeld Financial Advisors in New Jersey.

The dollar was little changed against a basket of its peers, but Turkey’s lira slid to its lowest level against the dollar in more than a month after the White House said Ankara would soon launch unilateral military operations in northeast Syria.

U.S. President Donald Trump later threatened to “totally destroy and obliterate the Economy of Turkey” if Ankara does anything “off limits.”