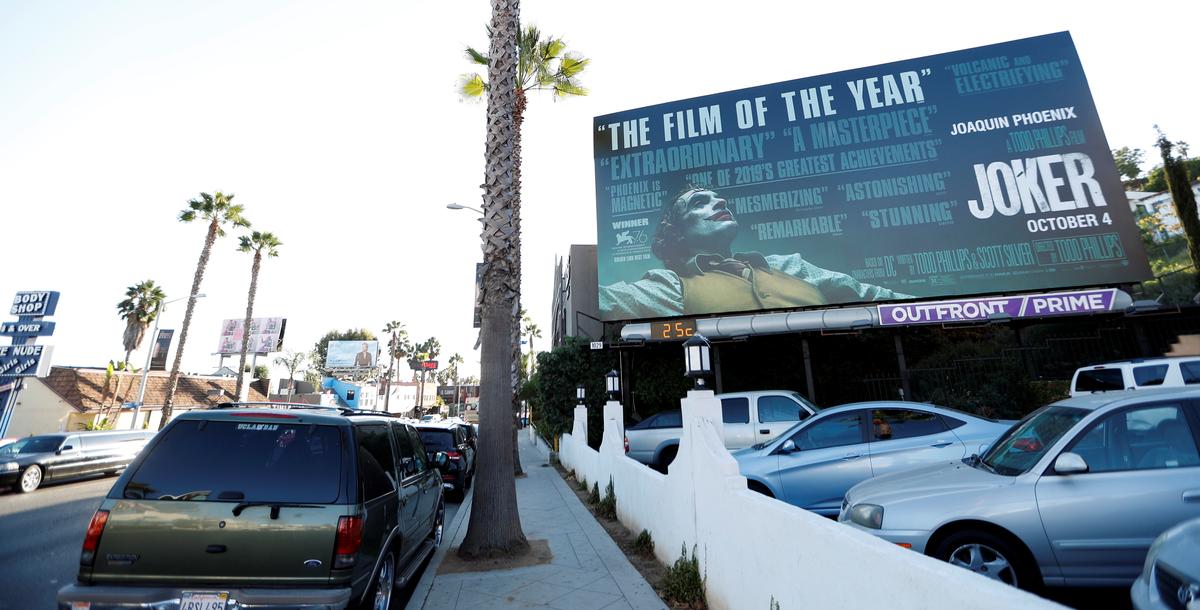 NEW YORK/LOS ANGELES (Reuters) – Police in major U.S. cities were on alert on Thursday as “Joker” opened in movie theaters after weeks of publicity surrounding its disturbing portrait of a bullied loner raised fears it might spark violence.

“Joker,” an origin story about Batman’s comic-book nemesis, stars Joaquin Phoenix in what movie reviewers have called a brilliant but terrifying performance as a mentally unhinged outcast who unwittingly finds fame through an act of violence.

The DC Comics character is associated with a 2012 mass shooting at a movie theater in Aurora, Colorado, during a screening of a different Batman film, “The Dark Knight Rises.” Families of some of the victims expressed concern about the new film and it will not be shown in the Aurora multiplex.

Officers wearing helmets and armed with assault rifles stood outside a screening of “Joker” at the New York Film Festival on Wednesday night, where audiences had their bags searched and K9 officers were on duty, video footage showed.

Police in New York, Los Angeles and Chicago said in statements that while they had no specific threats, they were deploying additional officers or closely monitoring movie theaters where the “Joker” is playing.

Hollywood website Deadline cited an unnamed New York law enforcement official as saying that plainclothes officers would be stationed inside some movie theaters in the city. The NYPD could not confirm the report.

Charles Kiwacz, 31, said he saw the Aurora shooting as “an isolated incident.”

“I don’t think there’s any fear at all. I think it’s the exact opposite – people wanting to go out and show that this movie can be just that – just a movie,” the podcast host and producer said as he bought a ticket for “Joker” near New York’s Times Square.

Costumes and face masks have been banned for moviegoers at two U.S. theater chains – AMC and Landmark – while the Alamo Drafthouse cinema group warned parents not to bring their children.

The Parents Television Council (PTC), a media watchdog, issued a similar warning on Thursday. “Parents may believe that this film is appropriate for kids given that is an extension of the popular Batman franchise,” the PTC said in a statement.

Movie studio Warner Bros. said last week that the film was not an endorsement of real-world violence.

“It is not the intention of the film, the filmmakers or the studio to hold this character up as a hero,” Warner Bros. said in a statement.

Despite the controversy, the movie is expected to take in a bumper $80 million or more on its opening weekend in North America, according to box-office analysts.

“Joker” director Todd Phillips criticized people who have attacked the film without seeing it.

“I didn’t imagine the level of discourse that it’s reached in the world, honestly,” Variety reported him as saying at the New York Film Festival on Wednesday.

“I think it’s OK that it sparks conversations and there are debates around it. The film is the statement and it’s great to talk about it, but it’s much more helpful if you’ve seen it.”