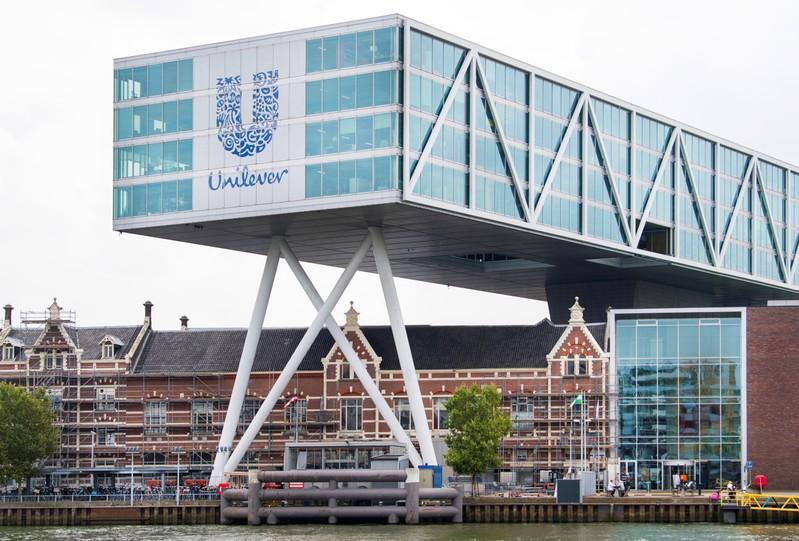 LONDON (Reuters) – Consumer goods giant Unilever vowed to halve the amount of new plastic it uses over the next five years, by shifting to more recyclable and alternative materials and refillable options to meet consumer demand for less waste.

The company, which sells Ben & Jerry’s ice cream, Dove soap and Knorr soup, said it would achieve this target by cutting its use of plastic packaging by over 100,000 tonnes and accelerating its use of recycled plastic.

The Anglo-Dutch firm currently uses more than 700,000 tonnes of virgin plastic – created using raw materials instead of recycled materials – each year and expects to halve that usage by 2025.

“This demands a fundamental rethink in our approach to our packaging and products. It requires us to introduce new and innovative packaging materials and scale up new business models, like re-use and re-fill formats, at an unprecedented speed and intensity,” Chief Executive Officer Alan Jope said in a statement.

The company also promised to help collect and process more plastic packaging than it sells through investments and partnerships in developing waste management facilities in many of the markets that it operates. It set a target of collecting and processing around 600,000 tonnes of plastic annually by 2025.

Unilever joins other companies tackling plastic use as consumers become increasinlgy concerned about the amount of waste and the danger of plastic pollution to marine life.

Britain’s second-biggest supermarket chain Sainsbury’s promised to halve its plastic packaging by 2025 last month, while rival Tesco said it would ban brands that use excessive packaging from its stores next year.

Hamburger chain Burger King also announced in September that it would stop handing out plastic toys in its children’s meals in its British restaurants, saving an estimated 320 tonnes of single-use plastic each year.

For Unilever, the moves announced on Monday are part of its commitments to make all of its plastic packaging reusable, recyclable or compostable by 2025.

Some of the changes made to its product portfolio as part of that effort include introducing refill concentrates in its Cif brand so that spray bottles can be reused and removing wrappers in multi-packs of its Solero ice-cream lollies.

It is also testing refill stations for shampoo and laundry detergent in shops, universities and mobile vending machines in South East Asia.

Reporting by Siddharth Cavale in London; editing by Emelia Sithole-Matarise