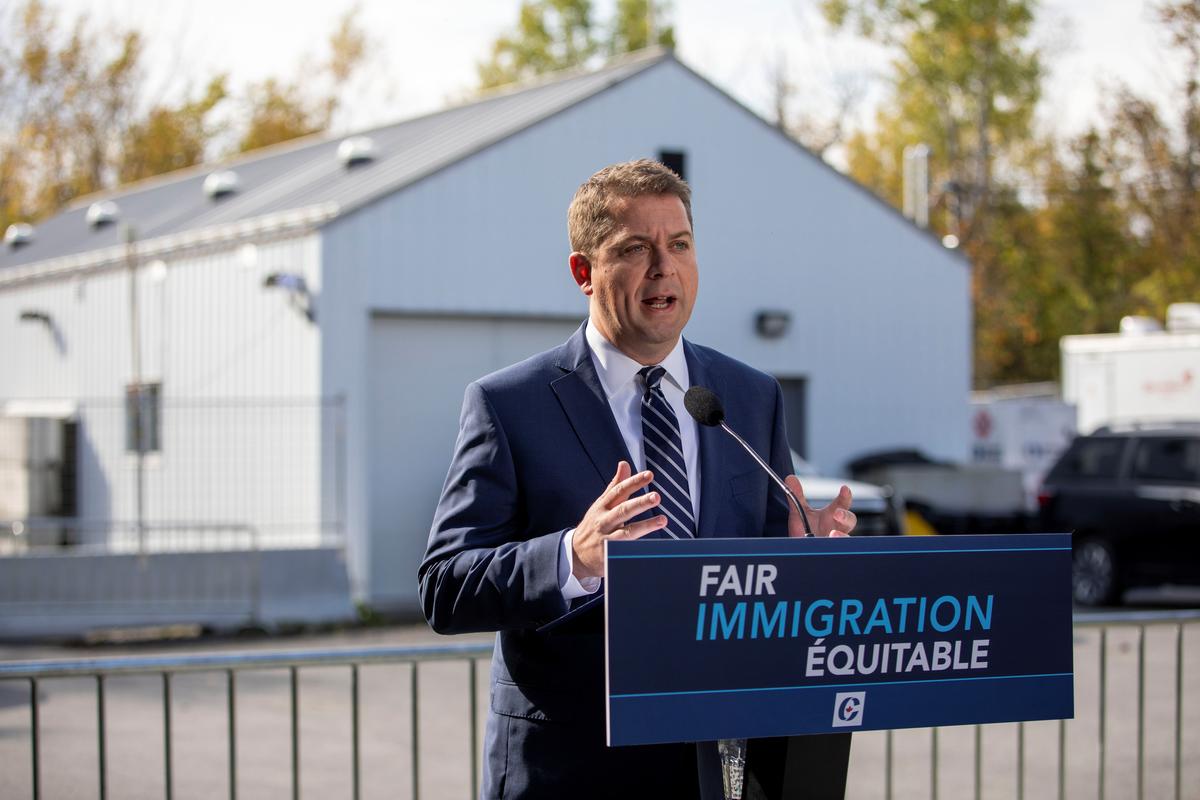 HEMMINGFORD, Quebec (Reuters) – Conservative Party leader Andrew Scheer pledged on Wednesday that if elected his party would take steps to limit illegal border crossings by migrants who first travel to the United States and then proceed to Canada.

The Conservatives would “prioritize newcomers from violent and dangerous countries, and restore Canadians’ faith in an immigration system that has served this country so well for so long,” Scheer said at a press conference in Hemmingford, Quebec.

Since 2004, the Safe Third Country Agreement has required immigrants to make refugee claims in the first country they arrive. If a person arrives in Canada by unregulated means from the United States, they can apply for refugee status in Canada.

Scheer pledged to close a loophole that allows immigrants to seek asylum if they cross the border into Canada at an unofficial point of entry, such as Roxham Road in Quebec, which was once a footpath from New York state known for its use by migrants.

Canadians go to the polls on Oct. 21 and the Conservatives are currently tied in national polls with Prime Minister Justin Trudeau’s Liberals. Scheer’s party also faces competition for votes from the newly-formed right-wing People’s Party of Canada, which favors cutting immigration levels by two-thirds.

Canada received its highest number of refugee claims in 2018 since record-keeping began three decades ago, according to the Immigration and Refugee Board of Canada (IRBC). The loophole in the agreement has been partly blamed.

Scheer said confidence in the system was falling, but immigration is not polling as a major issue in the election.

Trudeau has sought to lift immigration levels to about 1% of the population per year, and on Wednesday at a campaign stop outside of Toronto he defended the current process, saying “there are no shortcuts”.

He also said a promised tax cut for the middle class would be his first act in government if re-elected. His day took an unexpected turn when comments by a Liberal lawmaker put the spotlight back on pictures of Trudeau in blackface that emerged last month.

“Those in the Black community have told me how much more love they have for the prime minister that he wanted to have a black face. He took great pride in that too,” Judy Sgro said in an interview with a Toronto web radio station. “It’s the media that have blown this into something that it shouldn’t.”

Sgro, 74, later apologized, issuing a statement that was posted on Twitter saying: “The history of blackface is deeply racist and it is nothing other than discriminatory.”

Sgro has been a Liberal member of parliament since 1999.