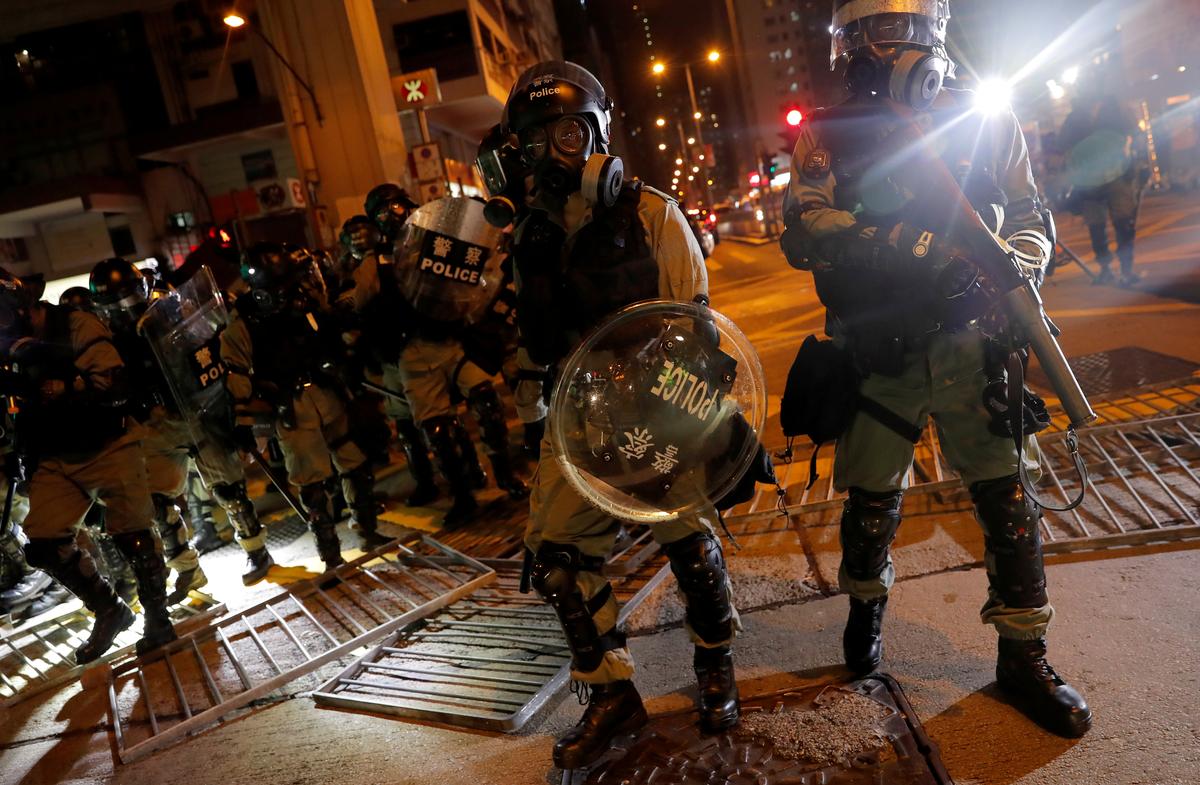 SAN FRANCISCO (Reuters) – Apple Inc on Wednesday removed an app that protesters in Hong Kong have used to track police movements from its app store, saying it violated rules because it was used to ambush police.

The U.S. tech giant had come under fire from China over the app, with the Chinese Communist Party’s official newspaper calling the app “poisonous” and decrying what it said was Apple’s complicity in helping the Hong Kong protesters.

Apple said in a statement that it had began an immediate investigation after “many concerned customers in Hong Kong” contacted the company about the app and Apple found it had endangered law enforcement and residents.

“The app displays police locations and we have verified with the Hong Kong Cybersecurity and Technology Crime Bureau that the app has been used to target and ambush police, threaten public safety, and criminals have used it to victimize residents in areas where they know there is no law enforcement,” the statement said.

Apple did not comment beyond its statement, and the app’s developer did not immediately have a comment on the removal. Hong Kong police had no immediate comment.

The app was removed from Apple’s app store globally but continued to work for users who had previously downloaded it in Hong Kong, Reuters found. A web version was also still viewable on iPhones.

On Tuesday, the People’s Daily said Apple did not have a sense of right and wrong, and ignored the truth. Making the app available on Apple’s Hong Kong App Store at this time was “opening the door” to violent protesters in the former British colony, the newspaper wrote.

Asked for comment after the People’s Daily piece was published, HKmap.live’s developer, who has not revealed his or her identity, said the app merely consolidated information that was available in the public domain, such as groups on Telegram, another service protesters were using to communicate.

“Protest is part of our freedom of speach (sic) and I don’t think the application is illegal in HK,” the developer told Reuters in a direct message on Tuesday.

Under Apple’s rules and policies, apps that meet its standards to appear in the App Store have sometimes been removed after their release if they were found to facilitate illegal activity or threaten public safety.

In 2011, Apple modified its app store to remove apps that listed locations for drunken driving checkpoints not previously published by law enforcement officials.

“Does the entire world have to suck up to the garbage Communist Party?” one commentator called Yip Lou Jie said in an online forum, LIHKG, which is used by protesters in Hong Kong.