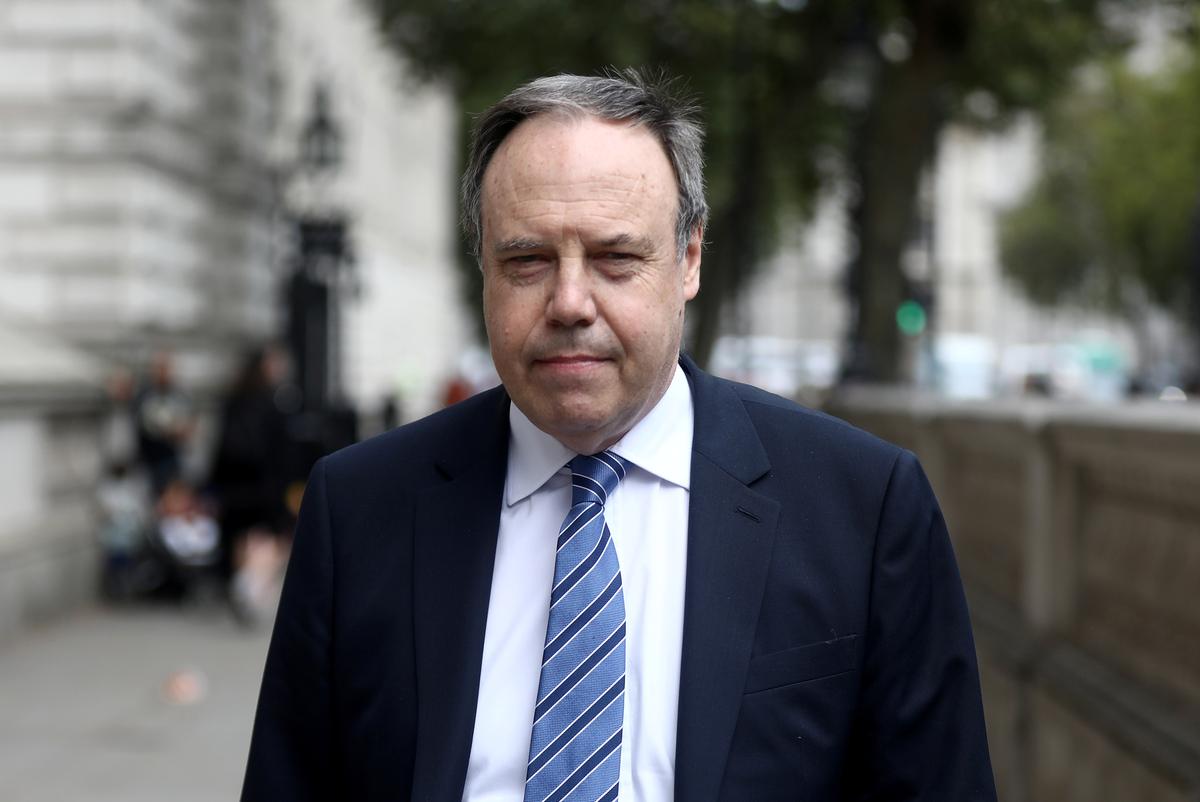 LONDON (Reuters) – A mooted eleventh-hour solution to the deadlock over Brexit cannot work because Northern Ireland must remain in a full United Kingdom customs union, the deputy leader of the province’s key political party said on Saturday.

With the Oct 31 deadline for a new Brexit divorce deal looming, an EU diplomat and an official said British Prime Minister Boris Johnson has proposed keeping Northern Ireland in some form of EU customs partnership as well as a UK customs union.

The Democratic Unionist Party (DUP), which supports Johnson’s Conservatives in Westminster, will play a key role in deciding whether Britain and the European Union can reach an agreement

Italian newspaper Repubblica quoted its deputy leader Nigel Dodds as saying the proposal Johnson is said to have made “cannot work, because Northern Ireland has to remain fully part of the UK customs union”.

According to EU diplomats, Brussels was willing to enter intense talks with British negotiators this weekend to try to strike a deal after Johnson backed down in key areas, including dropping a demand for customs checks on the island of Ireland.

The change in direction shows the pressure Johnson is under to agree a deal that balances the needs of Dublin, Belfast and Brexiteers in his own party.

Ireland says an invisible border is a key national interest because any checks or infrastructure on or near the frontier could undermine Northern Ireland’s 1998 peace deal, known as the Good Friday Agreement.

While the DUP agree that they do not want checks at the border with Ireland, they say they will not accept any change in ties between Northern Ireland and the rest of the UK.

DUP leader Arlene Foster did not reject the mooted proposal outright when the details emerged on Friday, but Dodds’ more downbeat reaction shows how little room Johnson has to secure a deal.

A spokesman for the DUP said Dodds’ comments were consistent with Foster’s statement on Friday, when the party said the UK must leave the EU as one nation and “in so doing that no barriers to trade are erected within the UK”.

Dodds is the DUP’s leader in the Westminster parliament and his views have proved influential with some members of Johnson’s own party who want a cleaner break with Brussels. Opposition from the DUP led to parliament rejecting three times a previous Brexit deal agreed by Johnson predecessor Theresa May.

“We’ll wait and see,” Dodds said. “There is a lot of stuff coming from Brussels, pushed by the Europeans in the last hours, but one thing is sure: Northern Ireland must remain fully part of the UK customs union. And Boris Johnson knows it very well.”