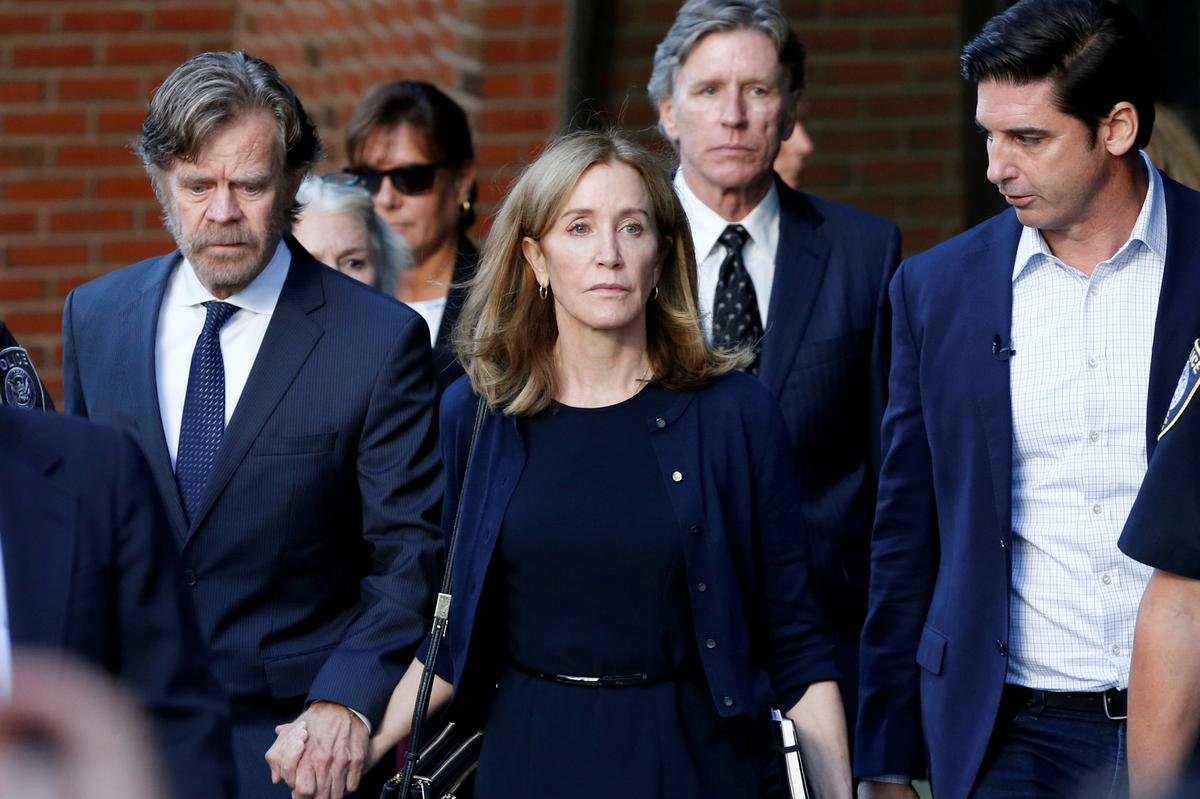 (Reuters) – “Desperate Housewives” star Felicity Huffman reported to a federal prison in California on Tuesday to begin serving a 14-day sentence for her role in a vast U.S. college admissions cheating scandal.

The one-time Academy Award nominee, 56, turned herself in to authorities at the Federal Correctional Institution in Dublin, California, her spokesman said in a statement.

U.S. District Judge Indira Talwani had sentenced her to serve two weeks behind bars after Huffman pleaded guilty to conspiracy related to her payment of $15,000 to have someone secretly correct answers on her daughter Sophia’s SAT college entrance test.

“Ms. Huffman is prepared to serve the term of imprisonment Judge Talwani ordered as one part of the punishment she imposed for Ms. Huffman’s actions,” her spokesman said in the statement.

“She will begin serving the remainder of the sentence Judge Talwani imposed – one year of supervised release, with conditions including 250 hours of community service – when she is released.”

Huffman, who won an Emmy award for television’s “Desperate Housewives” and was nominated for an Oscar as best actress for her role in the 2005 film “Transamerica,” said her daughter was unaware of the scheme until the actress was arrested on March 12. In the days after Huffman’s arrest, her daughter’s top choice college rescinded her acceptance.

Huffman’s husband, actor William H. Macy, was not charged in the scheme.

Huffman is among 52 people charged with participating in a wide-ranging scheme in which wealthy parents engaged in a bribery and fraud scheme with a California college admissions consultant to get their children into top colleges, including Yale, Stanford and the University of Southern California.

Some of the parents have pleaded guilty and have been sentenced. Judge Talwani earlier this month sentenced the founder of a food and beverage packaging company and his wife, Gregory and Marcia Abbott, to one month in prison after they admitted to paying $125,000 in a test-correcting scheme.

Other parents maintain their innocence and will face trial, including “Full House” actress Lori Loughlin and her husband, clothing designer Mossimo Giannulli.

No students have been criminally charged.