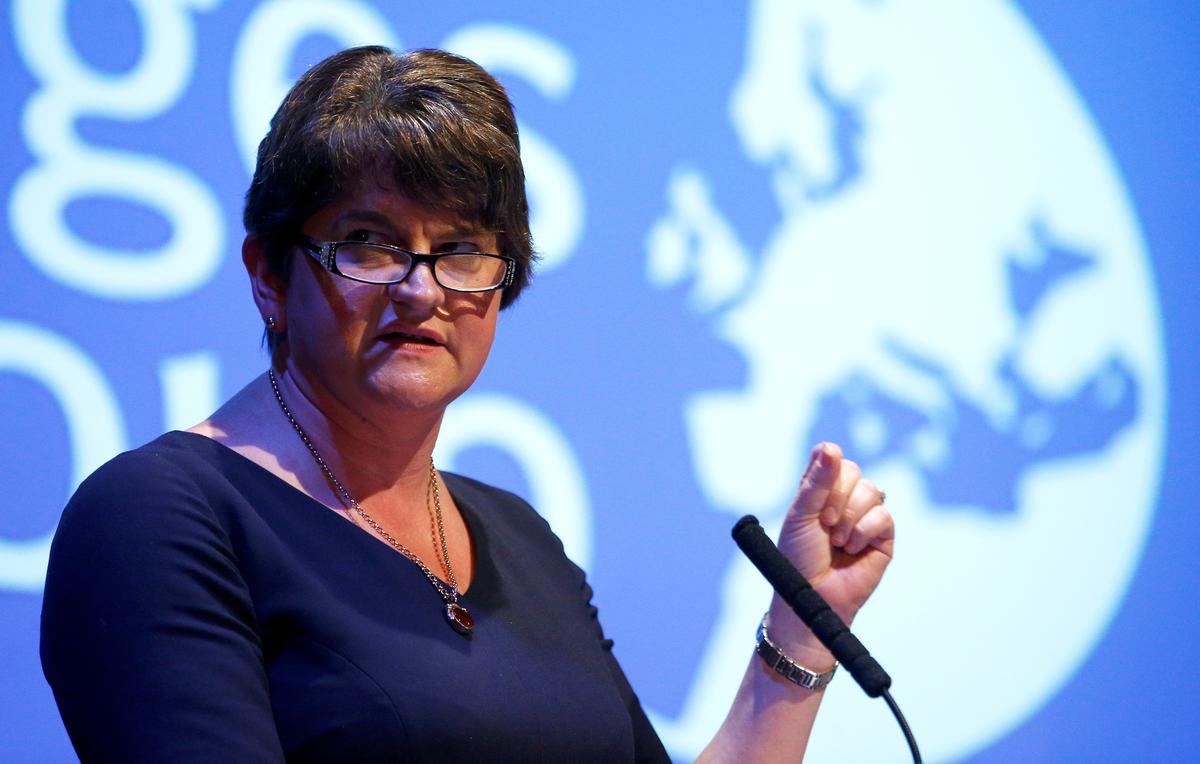 DUBLIN (Reuters) – The small Northern Irish party supporting Britain’s minority government insisted on Tuesday that the region must remain within the United Kingdom customs union as part of any Brexit deal and not have to follow tariffs set by the European Union.

While Britain and the EU made headway in eleventh-hour talks on Tuesday to reach a deal, the Democratic Unionist Party’s 10 lawmakers in London will play a key role in deciding whether Prime Minister Boris Johnson can pass any deal in parliament.

The main obstacle is around customs, with diplomats and officials saying London is proposing that Northern Ireland stays in the UK customs area but that EU tariffs are applied on all goods crossing from mainland Britain to the island.

Asked if the DUP could support an arrangement where Northern Ireland would stay in the UK customs territory but essentially adhere to the EU customs rules on tariffs, DUP leader Arlene Foster said “no because we would have no say in those tariffs and in relation to how those tariffs are set.”

The EU has many doubts about the tariff plan, saying the system is too complicated, untested and not detailed enough at this stage.

It believes the only possible deal to be had at an EU summit this week is a return to a ‘backstop’ solution – already rejected by Britain – of keeping Northern Ireland in the EU customs area.