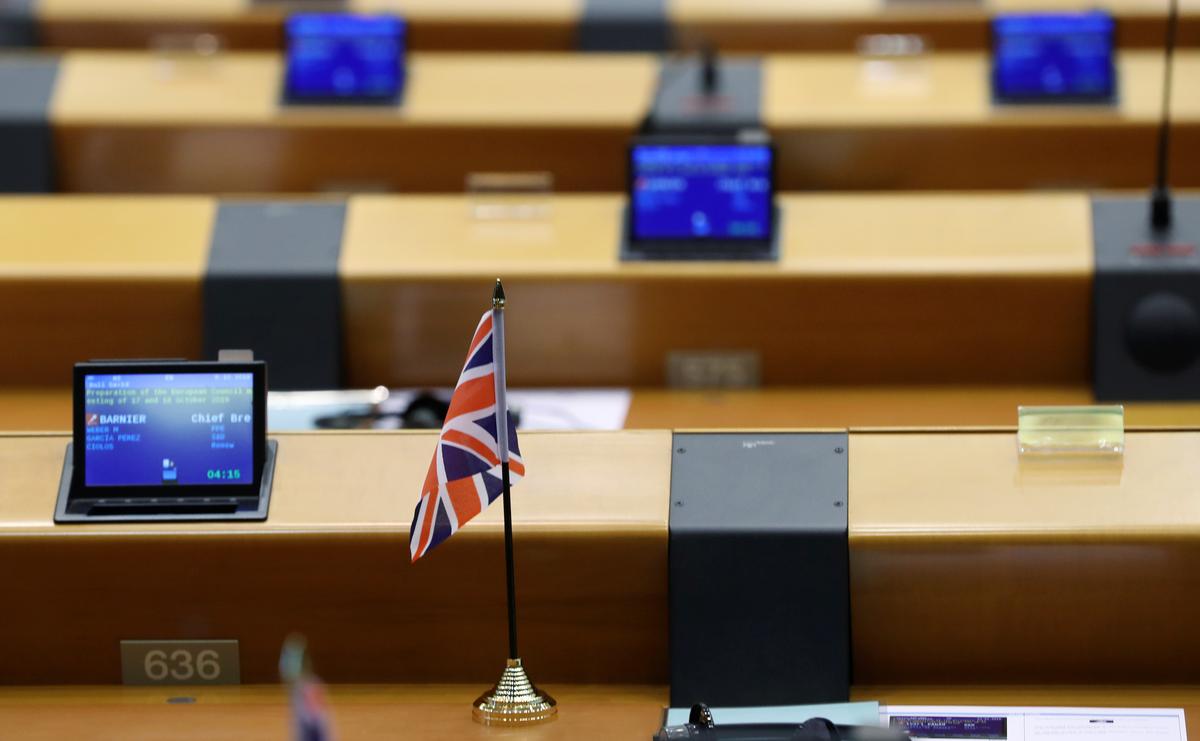 A British Union Jack flag is seen during a plenary session on preparations for the next EU leaders’ summit, at the European Parliament in Brussels, Belgium October 9, 2019. REUTERS/Yves Herman/Files

BRUSSELS (Reuters) – Talks between the EU and Britain to seal a Brexit divorce deal this week have hit a “standstill”, according to sources in the bloc.

Disagreements centre on a future trade deal and the rejection by Northern Ireland’s Democratic Unionist Party of customs solutions tentatively agreed by negotiators for the Irish border.