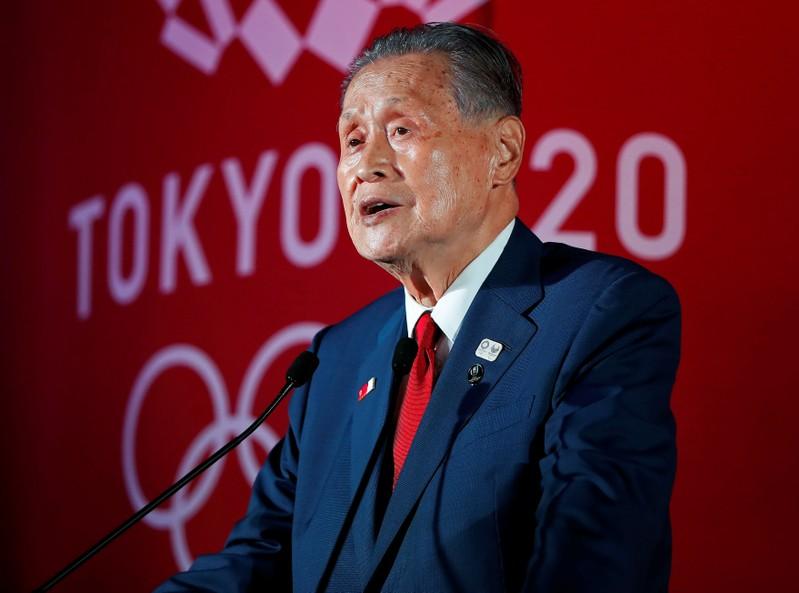 FILE PHOTO: President of the Tokyo 2020 Organising Committee, Yoshiro Mori delivers a speech during a ceremony celebrating one year out from the start of the summer games in front of Tokyo Station in Tokyo, Japan July 24, 2019. REUTERS/Issei Kato

TOKYO (Reuters) – Tokyo has little choice but to accept an International Olympic Committee (IOC) move to shift the 2020 marathon to a cooler northern island in Japan despite opposition to the plan in the capital, the president of Tokyo 2020 Olympics said on Thursday.

The International Olympic Committee on Wednesday announced a plan to move the marathon and race walking events to Japan’s northern Hokkaido island because of worries about heat in Tokyo next summer.

“If the IOC and the International Association of Athletics Federations (IAAF) support it how can our organizing committee tell them no,” Yoshiro Mori told reporters.

Mori’s comments come after Japanese government and Tokyo officials earlier said they want to discuss what they have referred to as an IOC proposal at a coordination commission meeting planned at the end of this month.

Kyodo News reported Japanese officials describing the move as coming “out of the blue”.

“There are still lots of issues to discuss, lots of detailed things we have to work on,” Mori said. The IOC plan “puts those who have been working with us on ways to tackle high temperatures in a difficult spot,” he added.

The Tokyo 2020 organiser had been trying to find ways to keep athletes and spectators cool during hot weather and at a test marathon event in September, deployed tents equipped with mist machines. Sapporo, Hokkaido’s capital, is as much as five to six degrees centigrade cooler than Tokyo in summer where temperatures commonly exceed 30 degrees.

The last time Tokyo hosted the Olympic games the event opened in October when temperatures are lower.