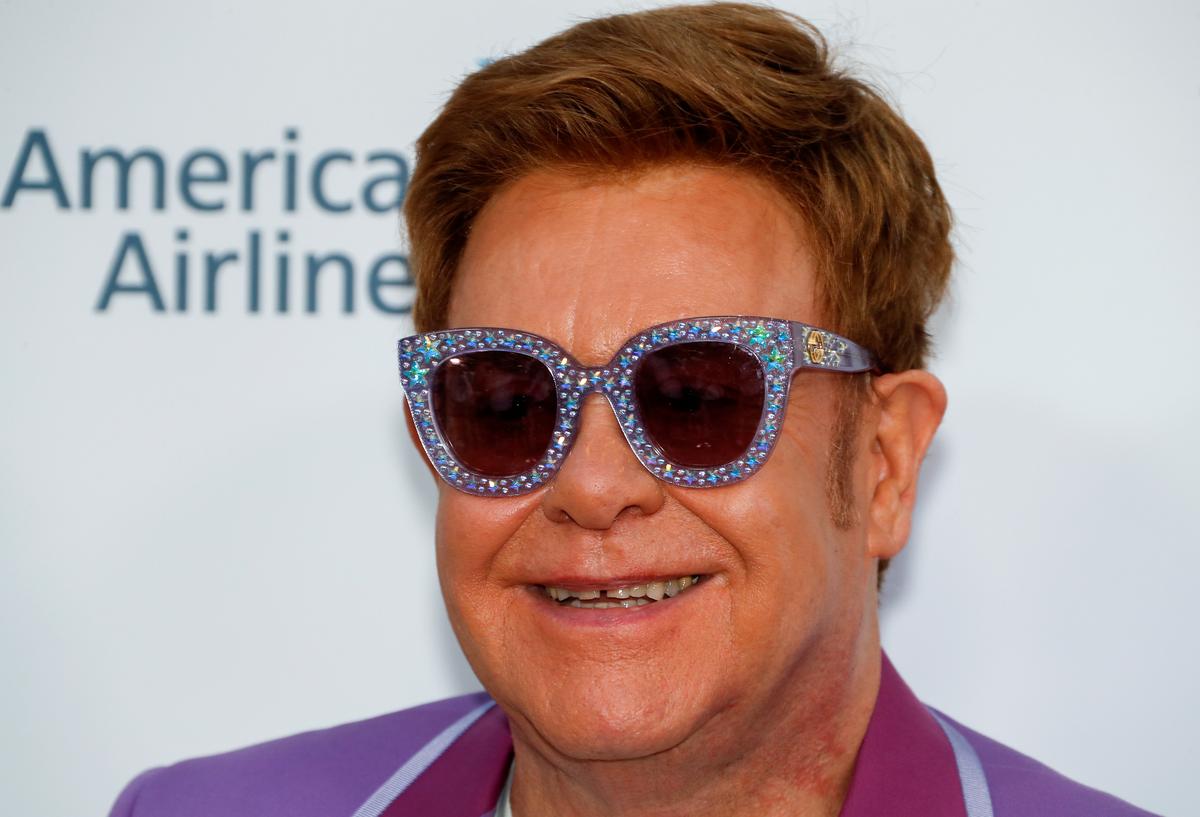 LONDON (Reuters) – When Elton John was working on his new autobiography, the legendary singer, songwriter and performer pulled out diaries he had been encouraged to write during a stint in rehab.

One entry read like this: “Got up, tidied the house, bought a Rolls Royce, had dinner, wrote ‘Candle in the Wind,’ had dinner with Ringo Starr,” the musician said. “That was one day.”

John, 72, spoke in a video interview provided to Reuters by his publisher, Henry Holt & Co., to promote the release of his book, which is titled simply “Me.”

The diary entries helped jog John’s memories from his 50-year career filled with hit records, Grammy awards and royal friendships but also addiction and a suicide attempt two days before a show at Dodger Stadium in Los Angeles.

“I wanted to show the tough ride of being a successful artist, and how I went through tough times, and how I came out at the end and got my life together,” John said. “It’s the story of my life up to the present day, warts and all.”

In the book, the “Crocodile Rock” singer revealed recent health scares including a near-fatal infection and a serious bout with appendicitis. “I did like 10 or 11 shows, 24 flights, with a burst appendix,” he said.

John is currently in the middle of a lengthy “Farewell Yellow Brick Road” world tour that will bring his touring career to an end. In the interview, he said performing on stage “just never gets old.”

“Even when I was doing a lot of drugs, I still carried on playing music,” he added. “It’s been my touchstone of my whole life.”

A highlight, John said, came in 1975 when John Lennon joined him to perform three songs at Madison Square Garden. It was Lennon’s first appearance on stage in New York since the Beatles played Shea Stadium.

Lennon was so nervous that he vomited before the performance, John said. “He came out to probably the most touching ovation I’ve ever heard,” John said. “We all shed a tear on stage.”

John said he is not sure what his future holds but he is still writing songs.