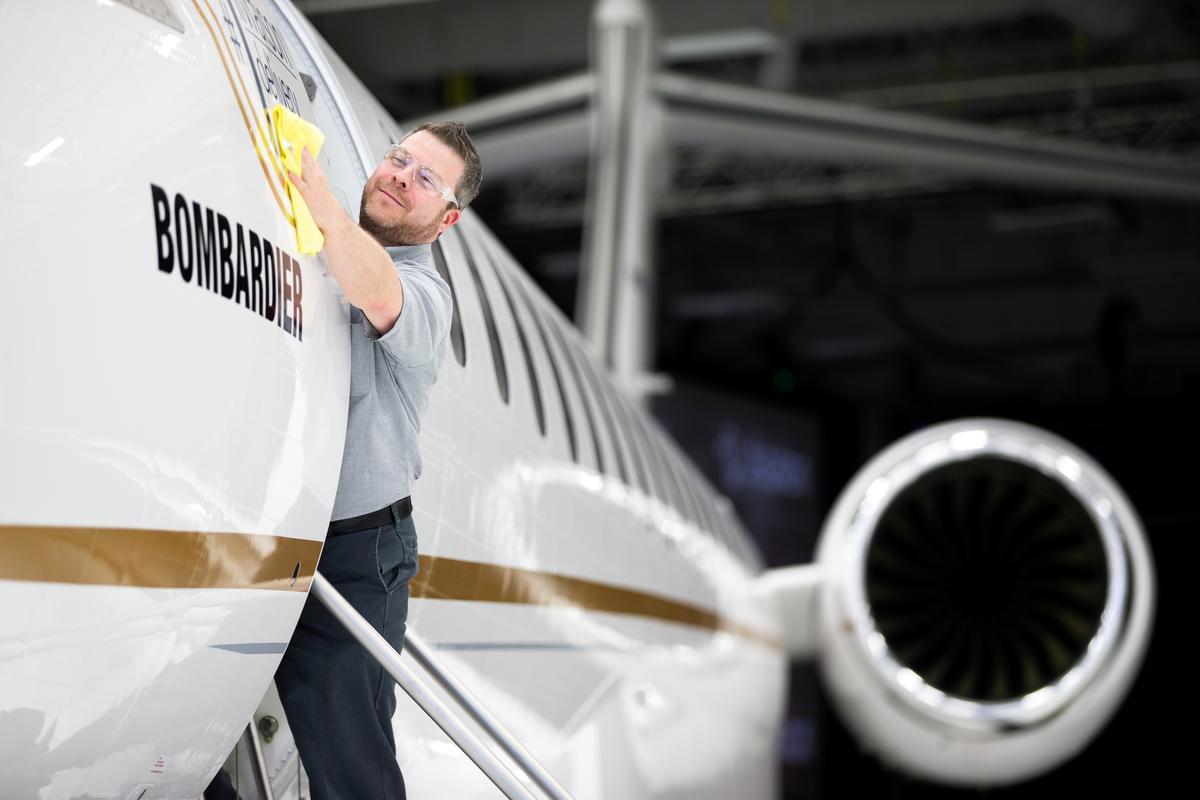 LAS VEGAS (Reuters) – New large corporate planes that can fly farther and an industry push toward sustainable aviation fuels are seen as bright spots as the world’s biggest business jet makers assemble in Las Vegas to showcase their offerings at the sector’s largest gathering.

The National Business Aviation Association (NBAA) annual corporate aircraft show kicks off on Tuesday against a backdrop of slowing global economic growth, trade tensions between the United States and China and Brexit uncertainties, factors seen softening demand for corporate jets in the next two years, industry executives and analysts say.

Nevertheless, the jet makers have had a good year, with deliveries up almost 13% during the first half of 2019, according to data from the General Aviation Manufacturers Association (GAMA). Deliveries are being fueled by luxurious new longer-range models hitting the market that offer amenities such as beds and hot showers at 40,000 feet, analysts say.

An NBAA highlight this year could be the widely-expected launch of a new long-range jet by Gulfstream, which declined comment.

Buyers eager to make non-stop trips between far-flung cities like New York and Tokyo are looking for long-range jets.

Others are also prioritizing fuel efficiency, and encouraging the use of sustainable fuels and carbon-offsets at a time when the aviation industry faces “flight shame” protests by climate change activists.

Jetmakers will fly their aircraft into Las Vegas using a blend of biojetfuels, although industry usage of alternatives to kerosene remains limited.

In an industry where sales are usually aligned with economic stability and growth, analysts remain cautious given political uncertainty in Europe with Brexit, and in the United States where President Donald Trump faces an impeachment probe.

“New deliveries will ramp up (this year) due to a number of new products being introduced, only to begin a cyclical decline as world economic weakness further manifests itself,” said aviation analyst Brian Foley.

U.S. economic growth is slowing in 2019, with economists forecasting growth this year of around 2.5%, below the Trump administration’s 3% target.

Foley expects new sales to remain roughly flat next year, but sees softer demand in 2021 which will lead to planemakers delivering fewer planes a year later in 2022.

Brian Proctor, president of Dallas-based private jet consultancy Mente Group said sales of pre-owned planes are picking up after a slow start to the year, with some buyers looking to purchase by year’s end to take advantage of favorable tax rules introduced last year by the Trump administration.

He said buyers want to purchase ahead of next year’s U.S. presidential election in case there is a change in administration and tax regime by 2021.

“Because of the uncertainty they are speeding up decisions because they want to know what the rules are,” said Proctor, also chairman of the International Aircraft Dealers Association.

Sales of pre-owned business jets are down 19% in volume for the first 8 months of 2019, on an annual basis, but the planes for sale are spending less time on the market, Vincent said.

“Buyers appear to be moving more quickly when they find the asset they are seeking,” he said.