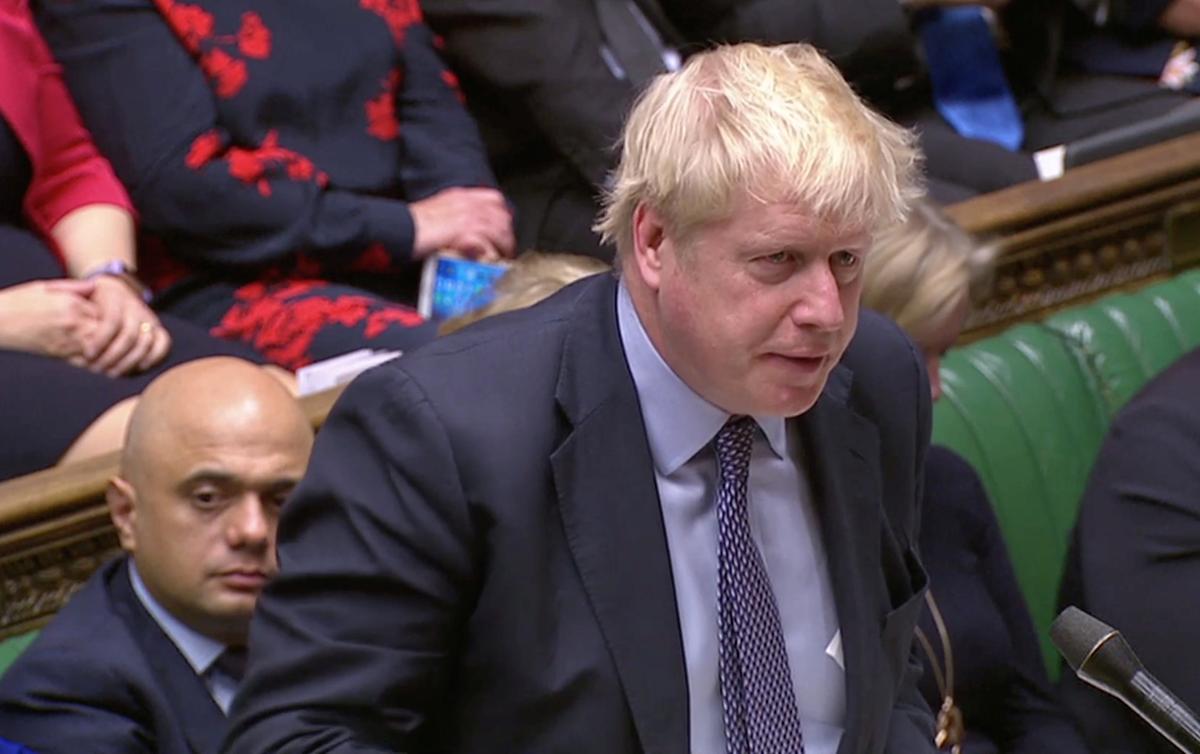 LONDON (Reuters) – Anti-Brexit campaigners said they would ask a Scottish court on Monday to delay its ruling on a legal challenge that sought to force Prime Minister Boris Johnson to comply with a law requiring him to request a delay to Brexit.

Prime Minister Boris Johnson speaks at the House of Commons as parliament discusses Brexit, sitting on a Saturday for the first time since the 1982 Falklands War, in London, Britain, October 19, 2019, in this screen grab taken from video. Parliament TV via REUTERS

The so-called Benn Act compelled Johnson to write a letter to the EU asking for a Brexit extension if parliament had not approved either a deal or a no-deal exit by Saturday. Johnson had repeatedly said he would not ask for a delay.

The group asked the court earlier this month either to issue an order forcing Johnson to ask for a delay or instruct that a letter be sent to the EU on his behalf if he refused to.

Johnson sent an unsigned letter to the EU on Saturday requesting a delay but added another note in which he said he did not want a “deeply corrosive” Brexit extension, prompting some lawmakers to say he was seeking to frustrate the law.

Johnson’s plan to put his Brexit withdrawal deal to the UK parliament on Saturday was derailed after lawmakers voted to withhold a decision on the deal, a move that forced him to seek a third postponement of Britain’s departure from the bloc. The exit is currently due to take place on Oct. 31.

Scotland’s highest court, the Court of Session, has been waiting to rule on the matter pending developments up to Oct. 19. It is due to consider the challenge again on Monday.

“What I and … the other petitioners have instructed our lawyers to do is to seek a continuation of the case until the end of the week to keep a watching brief over matters,” Scottish National Party lawmaker Joanna Cherry told ITV on Sunday.

Cherry said the way Johnson had gone about sending the letter, without signing it, was “immensely childish” and was “arguably frustrating the purpose of the act”.

“The EU … have overlooked the childish tricks and are taking the extension at face value, taking it seriously,” Cherry said. “It will be for the court to comment or otherwise on whether they think what has occurred is a frustration of the act or a contempt of court.”

At a previous hearing, the court said that government lawyers had given formal legal statements that Johnson would abide by the Benn Act and it would be a serious matter if he did not.