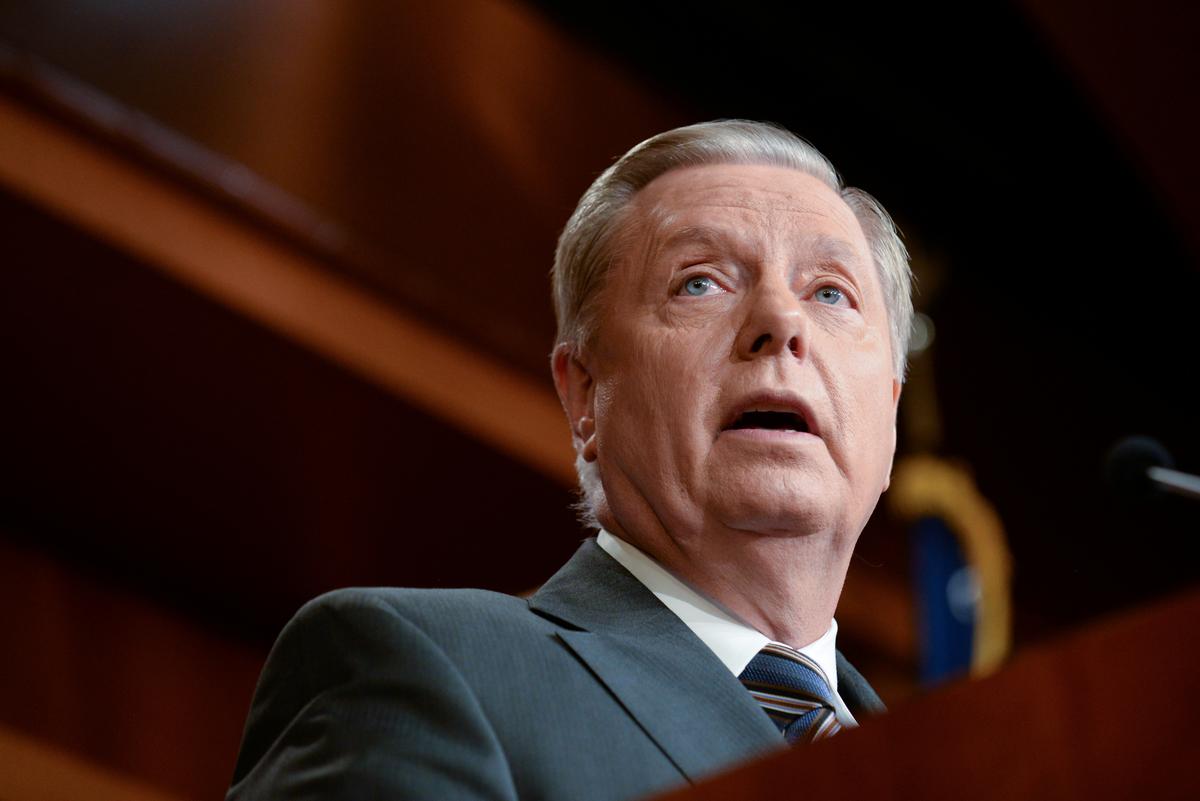 WASHINGTON (Reuters) – Republican Senator Lindsey Graham, who has been one of the most vocal critics of President Donald Trump’s decision to move U.S. troops out of northeastern Syria, said on Sunday he now believed “historic solutions” were possible.

In an interview with Fox News Channel, Graham said a conversation he had with Trump over the weekend had fueled his optimism that a solution could be reached where the security of Turkey and the Kurds was guaranteed and fighters from Islamic State contained.

“I am increasingly optimistic that we can have some historic solutions in Syria that have eluded us for years if we play our cards right,” Graham said.

Graham said Trump was prepared to use U.S. air power over a demilitarized zone occupied by international forces, adding that the use of air power could help ensure Islamic State fighters who had been held in the area did not “break out.”

Senator Jim Inhofe, a Republican who chairs the Senate Armed Services Committee, said on Saturday that Trump understood the need for the United States to maintain air power in the region.

“The U.S. must retain air power to keep the pressure on ISIS, prevent our adversaries Russia and Iran from exploiting this situation and protect our partners on the ground,” he said in a statement. ISIS is an acronym for Islamic State.

Graham also said he believed the United States and Kurdish forces long allied with Washington could establish a venture to modernize Syrian oil fields, with the revenue flowing to the Kurds. “President Trump is thinking outside the box,” Graham said of Trump’s thinking on oil.

Graham, referring to the Kurdish fighters in the region, had previously warned that Trump’s decision to pull out U.S. troops would lead to their “destruction.”