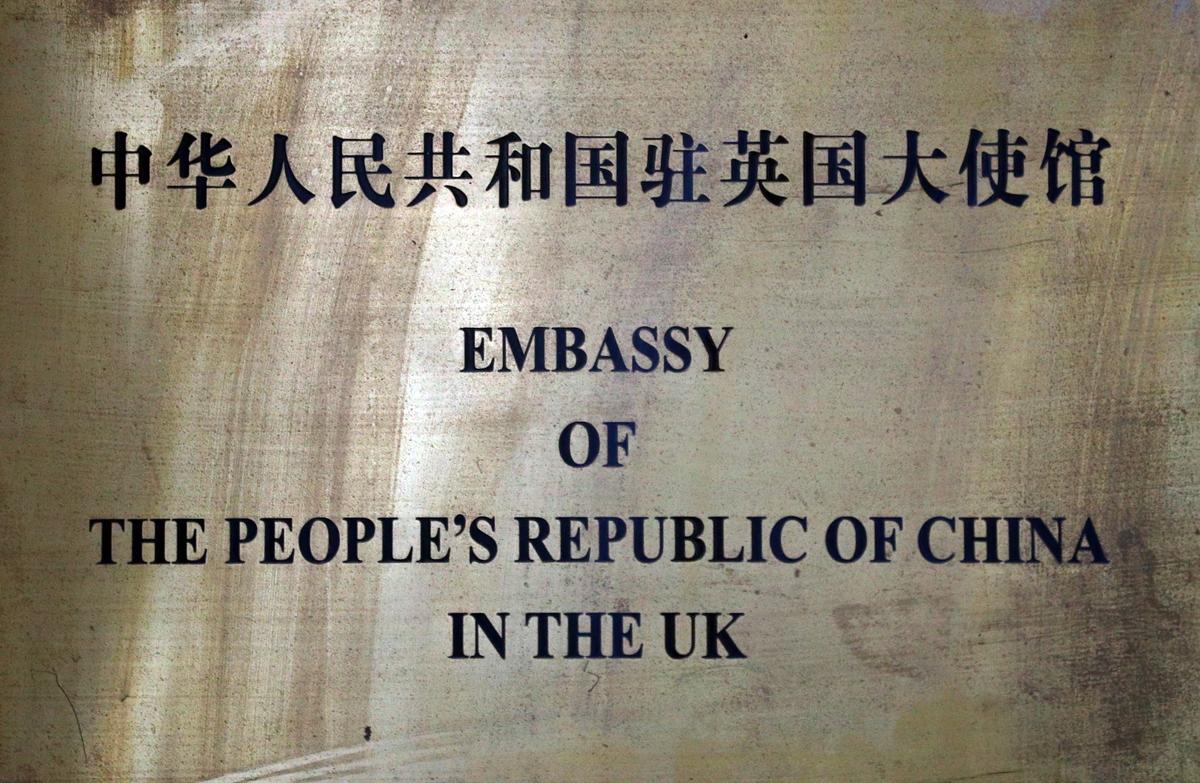 A view of the Chinese Embassy plaque in London, Britain, October 24, 2019. REUTERS/Hannah McKay

LONDON (Reuters) – The Chinese embassy in London said on Thursday it had a heavy heart after reports that police had found 39 Chinese nationals dead in a lorry.

“We read with heavy heart the reports about the death of 39 people in Essex, England,” the embassy said. “We are in close contact with the British police to seek clarification and confirmation of the relevant reports.”