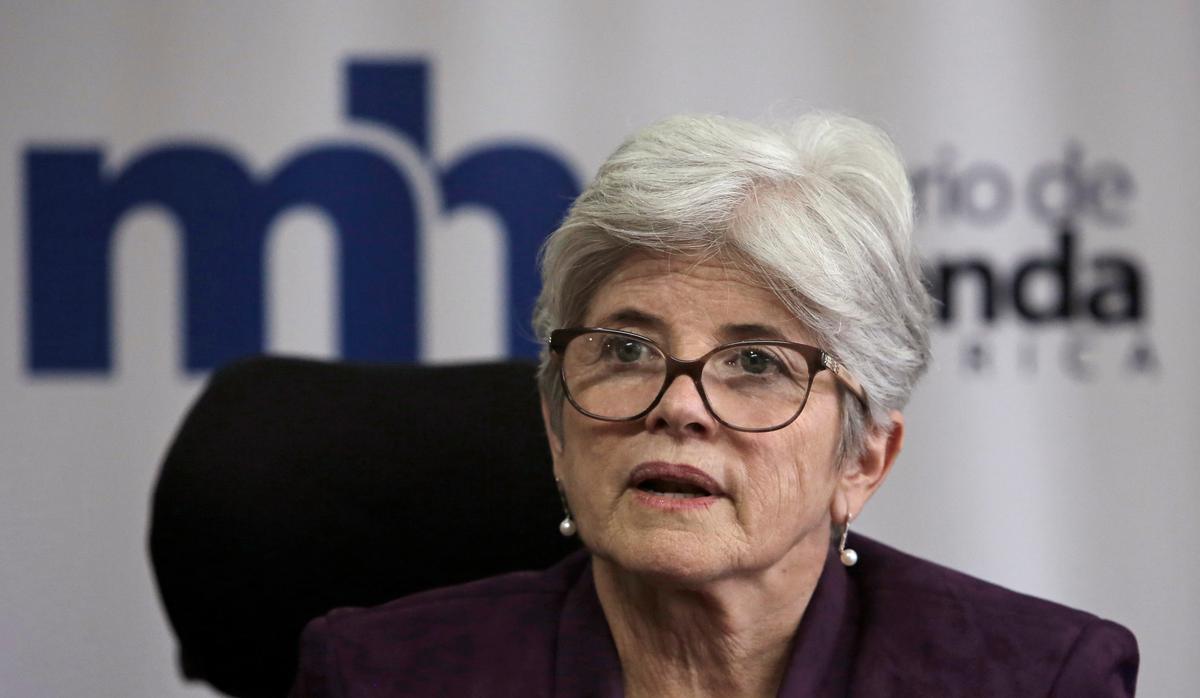 Rocio Aguilar Minister of Finance speaks to the media after resigning from her position in San Jose, Costa Rica, October 23, 2019. REUTERS/Juan Carlos Ulate

SAN JOSE (Reuters) – Costa Rican Finance Minister Rocio Aguilar resigned on Wednesday in the middle of a fiscal reform push aimed at avoiding problems with future debt payments, but which has been sharply criticized over austerity measures.

Aguilar, a 62-year-old lawyer, stepped down after being formally rebuked by the country’s comptroller, which called for Aguilar to be suspended from her post after accusing her of authorizing public debt payments last year without congressional approval.

Aguilar told a news conference that she disagreed with the comptroller’s determination.

“I only regret not achieving more things in fiscal matters,” she said.

President Carlos Alvarado praised Aguilar’s record as minister in a post on Twitter. “Her hard work was key to stabilizing and cleaning up public finances,” he said.

Aguilar’s resignation was welcomed by many upset with her support for austerity measures, but lamented by those who support the fiscal reform she backed along with the Congress. The reform includes a tax hike plus limits on public worker salaries.

Costa Rica’s economy is expected to grow 2.6% this year, which would be the country’s lowest expansion rate in a decade.