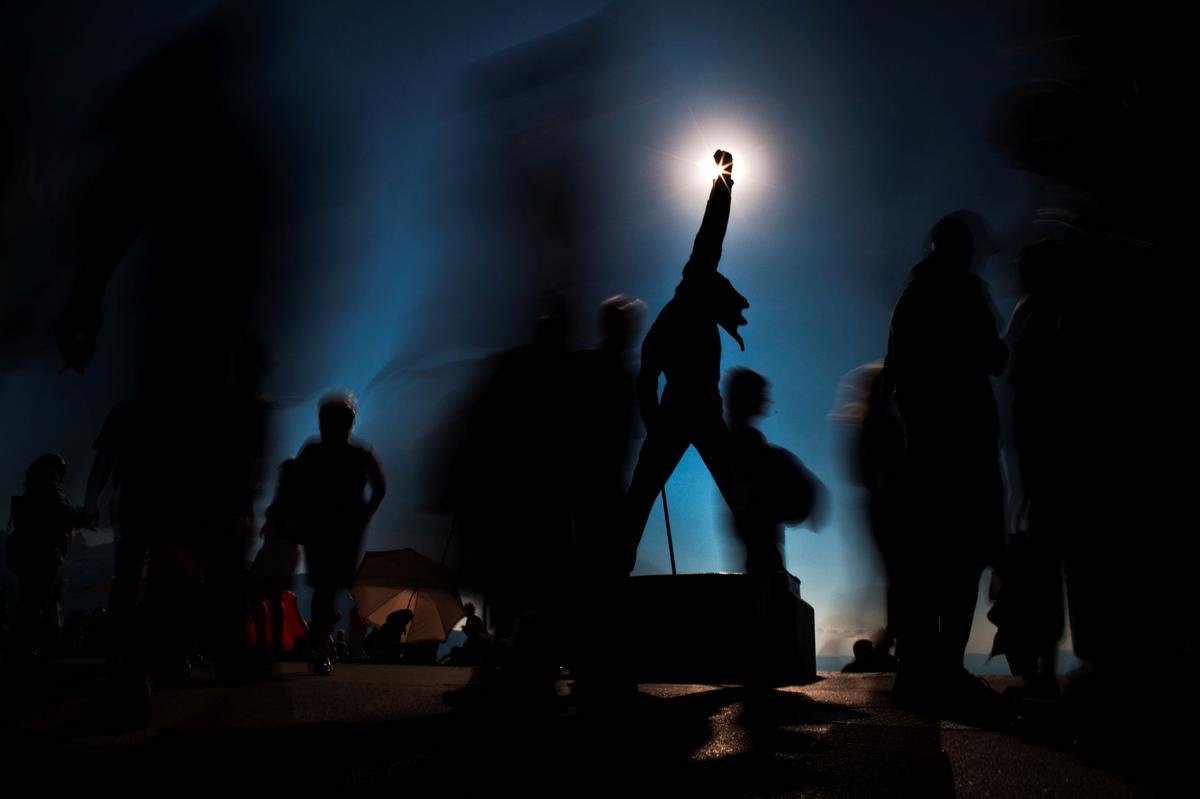 LONDON (Reuters) – Singing in the kitchen, dancing in a field and impersonating frontman Freddie Mercury, Queen fans are giving renditions of three of the rock band’s hit songs in new user-generated music videos unveiled on Thursday.

FILE PHOTO: People walk around a statue of singer Freddie Mercury along the lakeside during the 45th Montreux Jazz Festival in Montreux July 2, 2011. Over 350 artists and groups will perform on the two main stages and at the ten free venues during the sixteen-day long festival. REUTERS/Valentin Flauraud/File Photo

More than 10,000 people from 120 countries took part in the group’s “You Are The Champions” project after the British band asked fans to submit musical and artistic versions of “Bohemian Rhapsody”, “Don’t Stop Me Now” and “A Kind of Magic”.

The huge musical collaboration, involving Queen, YouTube Music, Universal Music Group and Hollywood Records, shows fans of all ages from around the world performing “Bohemian Rhapsody”, dancing to “Don’t Stop Me Now” and artistically interpreting “A Kind of Magic” lyrics

“It’s one of the most rewarding things that can happen to an artist of any kind: to see that our work has inspired folk all around the world to create their own performances and visual art is a thrill,” Queen guitarist Brian May said in a statement.

For the “Bohemian Rhapsody” video, performers are shown singing the tune at home or outside as well as playing an array of instruments from piano and guitar to harp and violin.

Fans sent in videos of themselves dancing to “Don’t Stop Me Now”, showing off moves created by choreographer Polly Bennett, who worked with actor Rami Malek for his Oscar-winning performance in Queen film “Bohemian Rhapsody”.

The clips show them dancing at home, on the street, at the beach, in a stable, and in front of cows in a field. Some dressed up in costumes, Queen T-shirts and as Mercury, the band’s lead singer who died from AIDS-related pneumonia in 1991.

For “A Kind of Magic”, fans were asked to send in art inspired by the song’s lyrics. Their submissions included portraits of the band and colorful prints of the song’s words.