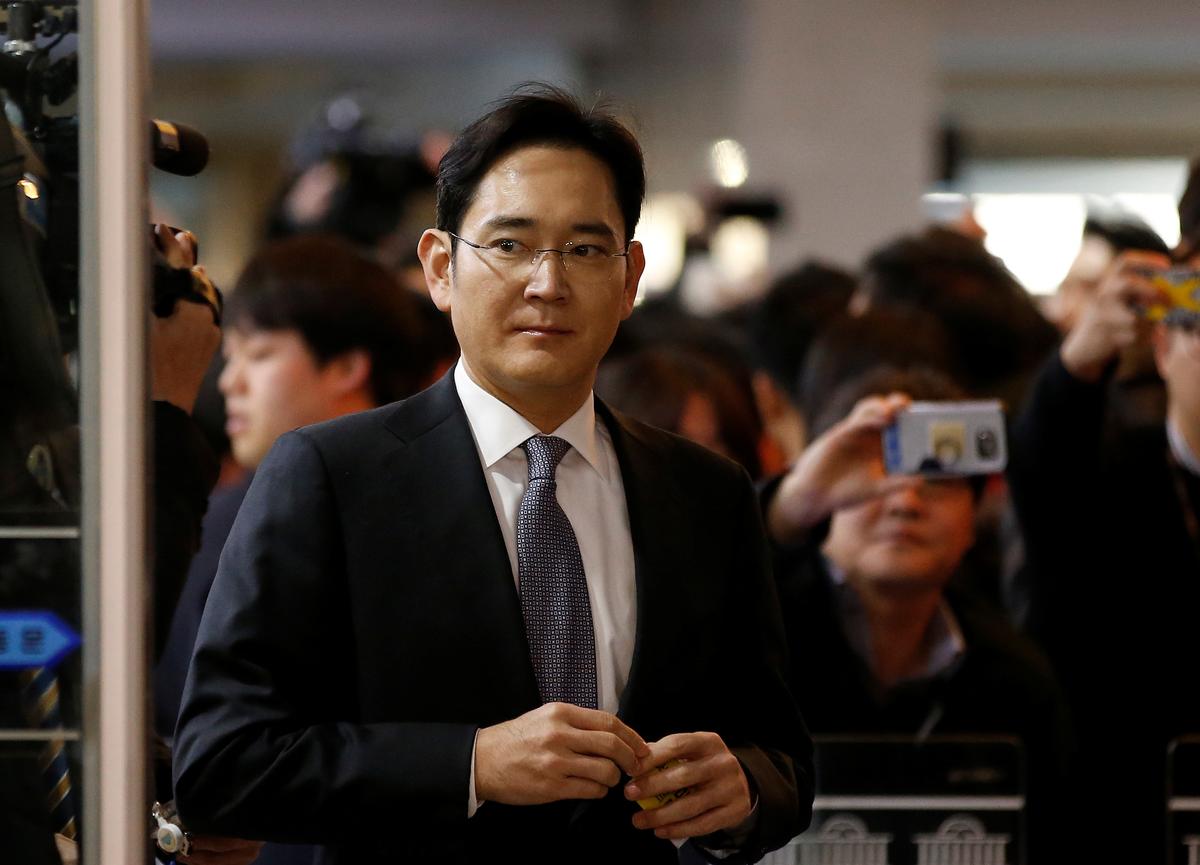 SEOUL (Reuters) – Samsung Group heir Jay Y. Lee appeared at a Seoul courtroom on Friday for the start of a bribery trial that could result in a tougher sentence after South Korea’s top court ordered a review of his graft case.

Lee stepped out of a van to a throng of journalists and made a brief comment but did not answer questions about the accusation he gave bribes to influence former South Korean President Park Geun-hye.

“I feel very sorry for causing concerns for many people,” a somber Lee said, bowing his head and walking into the Seoul High Court as anti-Samsung protesters jeered.

The Supreme Court overturned in August part of an appeals court bribery conviction against Samsung’s de facto chief, who had been given a two-and-a-half-year suspended sentence for seeking favors from former president Park.

The court said the interpretation by the Seoul High Court on what constituted bribes by Samsung to Park was too narrow.

Legal experts say a fresh verdict will be unlikely this year, meaning a further extension to legal troubles which have hovered over Lee and South Korea’s largest conglomerate for nearly three years.

As a defendant in a criminal case, Lee, 51, is required to attend the trial.

The case against Lee centered on whether three horses donated by Samsung Group should be considered bribes aimed at winning Park’s favor in the conglomerate’s succession planning. The horses were given to the daughter of Park’s confidante, Choi Seo-won, a professional equestrian.

The Supreme Court said the appeals court erred in not recognizing the horses as bribes given by Samsung to win favors, raising the possibility of Lee returning to jail.

Moon thanked Lee for Samsung’s commitment at a ceremony this month unveiling an $11 billion investment in display technologies.