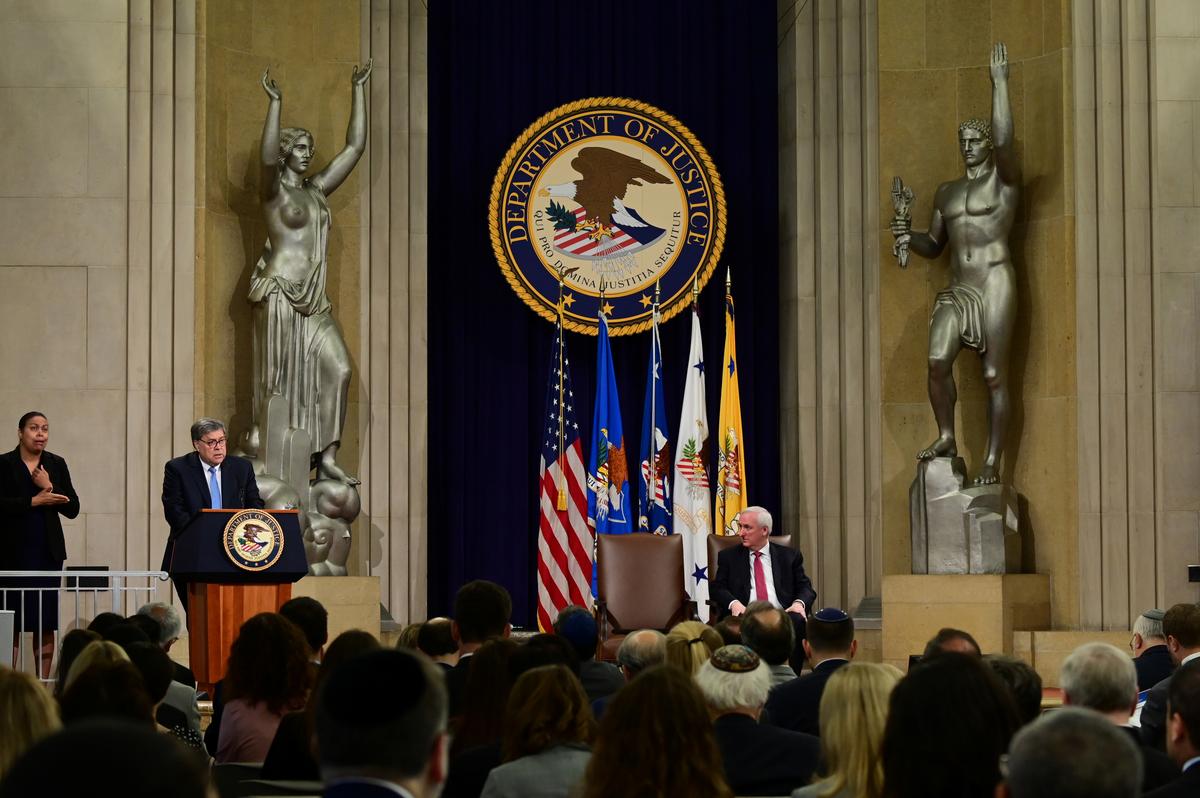 WASHINGTON (Reuters) – A U.S. Justice Department review of the origins of the probe into Russian interference in the 2016 U.S. presidential election is now a criminal investigation, a person familiar with the matter said on Thursday.

The person, who spoke to Reuters on condition of anonymity, declined to say whether a grand jury had been convened in the investigation, which was first reported by the New York Times.

U.S. Attorney General William Barr launched a review earlier this year to investigate President Donald Trump’s complaints that his campaign was improperly targeted by U.S. intelligence and law enforcement agencies during the 2016 election.

The Democratic chairmen of the House Judiciary and Intelligence Committees blasted the reported move, saying it raised “profound new concerns” that Barr had turned the department into “a vehicle for President Trump’s political revenge.”

“If the Department of Justice may be used as a tool of political retribution or to help the President with a political narrative for the next election, the rule of law will suffer new and irreparable damage,” Representatives Jerrold Nadler and Adam Schiff said in a statement late Thursday night.

As part of his inquiry, Barr has asked Australian and British justice officials for assistance and visited Italy twice, meeting intelligence agents in Rome in August and September to learn more about people mentioned in Mueller’s report. Trump has also contacted foreign officials over the review, the department has said.

Italian Prime Minister Giuseppe Conte this week said that the meetings established that Italy had no information in the matter and was not involved. A letter reviewed by Reuters showed Australia offered to assist in May.

Mueller’s investigation found that Moscow interfered in the 2016 election to help Trump, and led to criminal convictions of several former campaign aides. But Mueller concluded that he did not have enough evidence to establish a criminal conspiracy with Russia.

Barr appointed Connecticut State Attorney John Durham to lead the review of whether U.S. intelligence and law enforcement agencies acted properly when they examined possible ties between the Trump campaign and Russia, which ultimately led to the Mueller investigation.

Trump, who calls the Russia investigation a witch hunt and a hoax, says U.S. officials launched the probe to undermine his chances of winning the White House, although he and his supporters have provided no evidence.

Trump is also grappling with a Democratic-led impeachment inquiry focused on his request in a July telephone call to Ukrainian President Volodymyr Zelenskiy to investigate former Vice President Joe Biden, who is a leading contender for the Democratic presidential nomination to face Trump in the 2020 election.

Schiff is leading the impeachment inquiry being conducted along with the House foreign Affairs and Oversight panels.