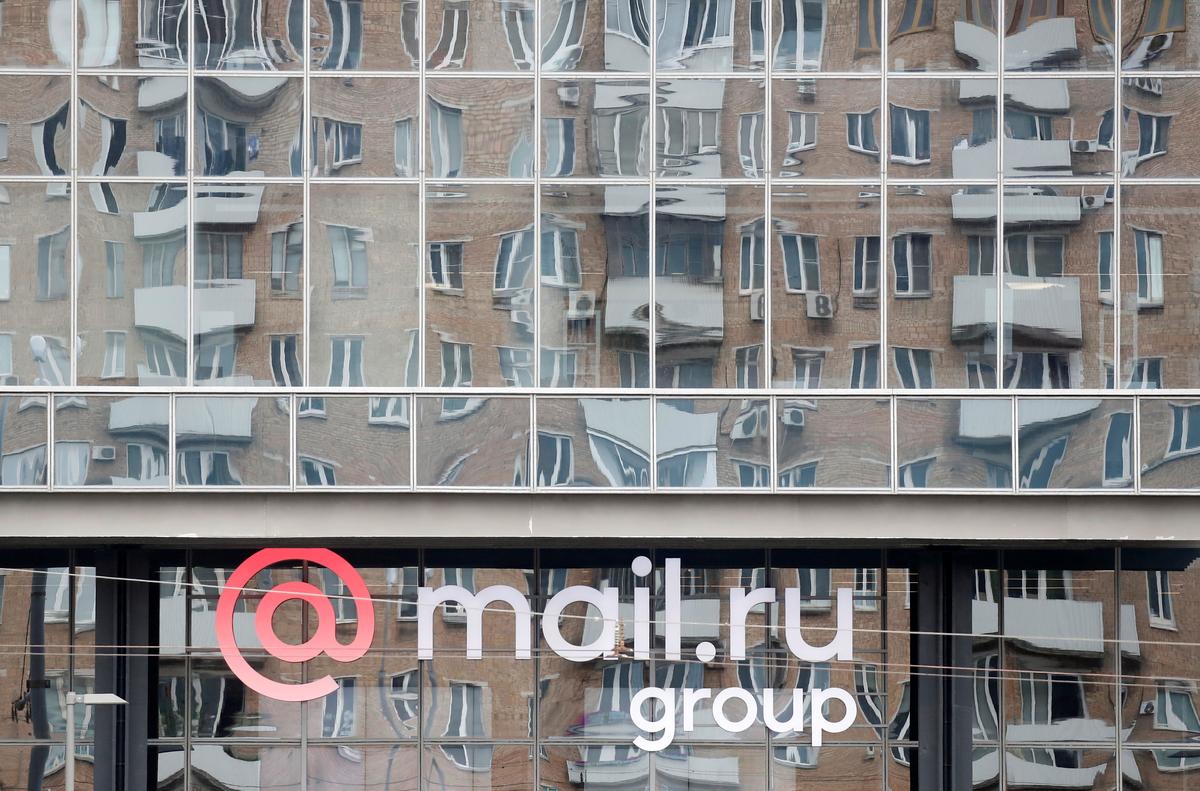 The logo of Russian Internet company Mail.ru Group is seen on the facade of its headquarters in Moscow, Russia June 26, 2019. REUTERS/Maxim Shemetov

Under the deal Sberbank will buy a 35% stake in MF Technologies, which owns 58.9% of Mail.ru’s voting rights, from Gazprombank, a state-owned financial group.

MF Technologies was set up by Megafon (MFON.MM), Gazprombank, Rostec and USM holdings in 2018 and holds a 5.2% stake in Mail.ru Group (MAILRq.L), while controlling a majority of its voting rights.

Gazprombank did not respond to Reuters’ request for comment.

Mail.ru’s chief executive, Boris Dobrodeyev, said that the company welcomed the change to deepen ties with Sberbank, adding that he saw scope for wider cooperation.

The move would expand Sberbank’s investments in the internet space and may put pressure on Yandex (YNDX.MM), Russia’s largest internet company and Mail.ru rival.

But with investments in Yandex projects Yandex.Dengi, Yandex.Money and e-commerce venture Yandex.Market, Sberbank could find itself caught between the two industry leaders.

Sberbank is one of several Russian banks, including VTB Bank (VTBR.MM) and TCS Group (TCSq.L), to have invested in internet and telecom services as corporate demand for their traditional services slows.

The deal would give Sberbank 1.82% ownership of Mail.ru and 20.3% of the voting rights, according to Reuters calculations.

In 2018, USM holdings and Megafon transferred control of their 54% voting stake in MF Technologies to Mail.ru’s management, giving CEO Boris Dobrodeyev and his team a 31.8% voting share.

In July, Mail.ru and Sberbank announced that they would invest up to 64 million roubles ($1 million) in a new joint venture for taxi services and food, providing competition for Yandex, whose Yandex.Taxi service dominates Russia’s ride-hailing market.

Alfa Bank said it expected Mail.ru to benefit from the deal, saying its cooperation with Sberbank on digital projects and close ties at the ownership level would help to attract ambitious investment.

“Sberbank as a long-term strategic partner will provide access to significant amounts of funding for new projects at the venture stage of development,” said Alfa Bank in a note.

For Yandex, however, the move could prove to have negative consequences, according to Alfa Bank, with Sberbank cooperation in its Yandex.Market joint venture now looking more vulnerable.

Mail.ru operates email services, as well as Russian social media websites VKontakte and Odnoklassniki. In 2016, it purchased food delivery service Delivery Club, which is now co-owned by Sberbank as part of the companies’ joint venture.

The group’s shares were up 1.9% on the day, rising for the eighth consecutive session.

A draft law that proposed limiting foreign shareholding in Russian internet firms at 20%, later revised to 50%, hit Mail.ru’s share price this month, with the company’s stock falling to its lowest since January 2017 on Oct. 18.

The share price has rebounded more than 20% since reaching that mark.