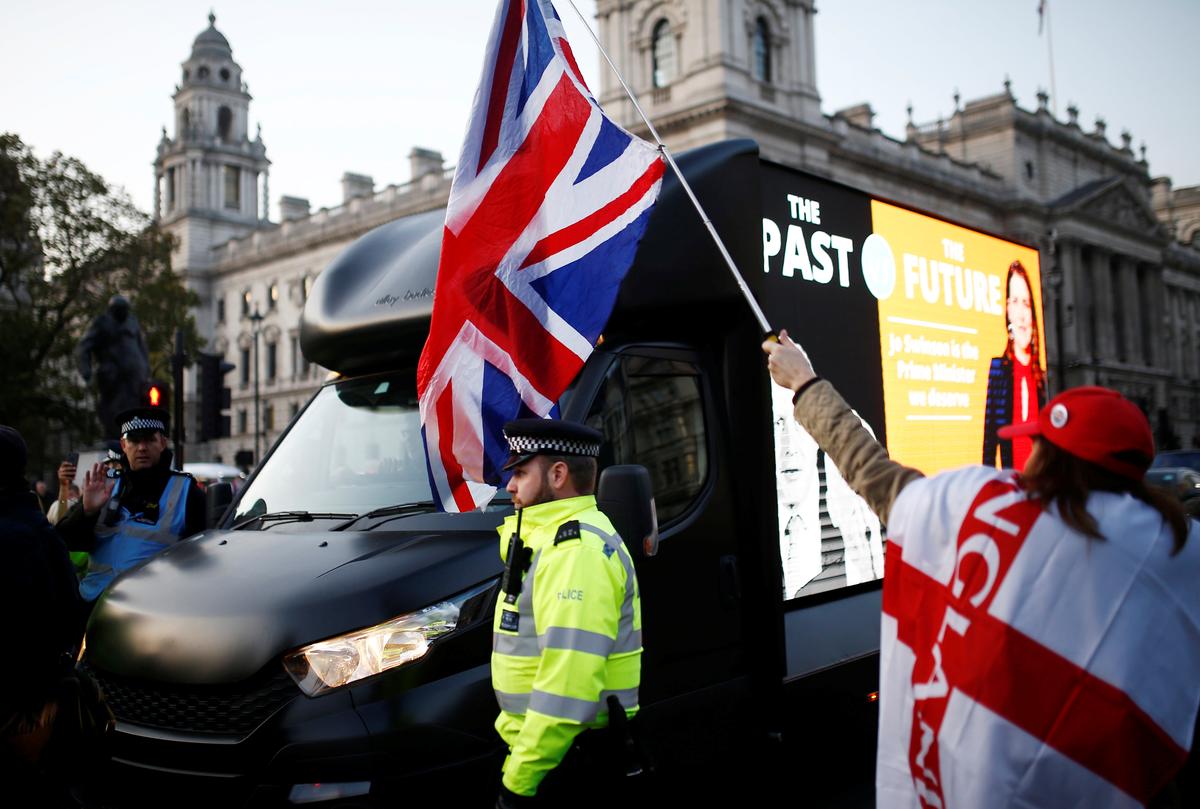 LONDON (Reuters) – British punters will once again indulge their passion for a cash wager on their country’s political future as bookmakers open up bets on the outcome of the Dec. 12 national election.

Betting on the vote opened this week with Prime Minister Boris Johnson seen as narrowly odds-on – that is, just more than 50-50 – to secure a majority for his pro-Brexit government, with the likelihood of a hung parliament close behind.

But while big financial players have long turned to bookie odds for clues on how politics will unfold, they should beware that those odds – in essence, the market “price” of a given outcome – are only as reliable as the opinions behind them.

“But if you see a headline like ‘William Hill slashes its odds after a 100,000 pound bet’, it is worth reminding yourself that this bet is just one person’s opinion.”

While politics betting face restrictions in the United States and France, it has grown steadily in Britain. The odds it generates make local media headlines and are seen by some investors – especially those wary of opinion polls – as a valid barometer of outcomes affecting billions of dollars of holdings.

The flip-side is the outcry when the bookies are judged to have got it wrong, as when they pegged Remain as the comfortable winner of the June 2016 EU referendum, or marked Hillary Clinton as favourite to beat Donald Trump in the U.S. presidential election later that year.

Bookmakers counter that betting markets are not there to anticipate such upsets and that observers are missing the point if they think they are.

While odds quoted on on-line betting exchanges like Betfair are simply those offered by thousands of individual punters betting against themselves, bookmakers like William Hill and Ladbroke open a book with their own assessment of likelihoods.

That is relatively straightforward for soccer, horseracing or tennis where large data sets on past performance have been gathered. Politics is much trickier.

“There aren’t that many general elections,” said Matthew Shaddick, head of political betting at Ladbrokes.

“Other than basing it on some kind of polling method, once we put the prices up, the market takes over and it is just the supply and demand of our customers with a tiny bit of opinion built into it…we don’t have some bank of secret algorithms.”

The idea behind all betting markets is that “crowd wisdom” finds the right price. This is the notion that crowds together produce more accurate assessments than individuals – something first observed by 19th century English statistician Francis Galton at a country fair event to guess the weight of an ox.

A note of caution creeps in around the small size of some of the “crowds” active in betting markets for politics, where the cash value of bets is still dwarfed by those made on sports.

Ladbroke’s Shaddick said an election could attract several million pounds of bets – about the same as for a sports event like the Rugby World Cup but nothing like the sums wagered over the course of a Premier League soccer season or on a national institution like the annual Grand National horse race.

“If you took a 50,000-pound bet on a football match it would not change the market, because there is enough liquidity, whereas in the (political) betting market a 1,000-, 1,500-pound bet can change the odds,” acknowledged William Hill’s Adams.

Moreover bookies traditionally adjust their odds based on the amount of cash being placed on a given outcome rather than the number of individual bets, meaning that one big bet can cancel out the effect of many smaller wagers.

That observation prompted William Hill to change its odds-setting methodology in the wake of the Brexit and Trump upsets to also reflect the number of bets – a switch Adams said would by itself have pushed its Brexit odds close to 50-50.

Betting markets can also be skewed if punters are swayed by one view getting greater exposure than another. Shaddick said that may have been the case in 2016 when many media commentators predicted Remain, an outcome that on voting day was ascribed a probability of around 90 percent on some platforms.

Economists say, however, that all markets are subject to bias and there is evidence that betting markets are faster at eradicating it than traditional financial markets.

A Cambridge University study showed that on the night of the Brexit vote, punters on Betfair were faster than City traders to shed their sense of disbelief as initial results started to point towards a Leave victory.

“This disbelief lingered far longer in the City,” said lead author Tom Auld, noting that for about an hour this opened up a theoretical arbitrage moment in which someone could have made surefire profits by selling sterling while hedging on Betfair.

For the election ahead, Auld advised investors to “keep an eye” on betting markets and seek to understand any movements on them, with the current set of odds seen moving in response to polling data and news events.

While bookmakers and betting exchanges point to the growing liquidity of their markets to argue they are increasingly good indicators of the likelihood of an event, that does not mean that an “odds-against” surprise outcome cannot prevail.

“That’s a misunderstanding of what odds are – they are just an expression of probability,” said Ladbrokes’ Shaddick. “A lot of time, a favourite losing is what bookies want to happen. It doesn’t mean the odds were wrong.”