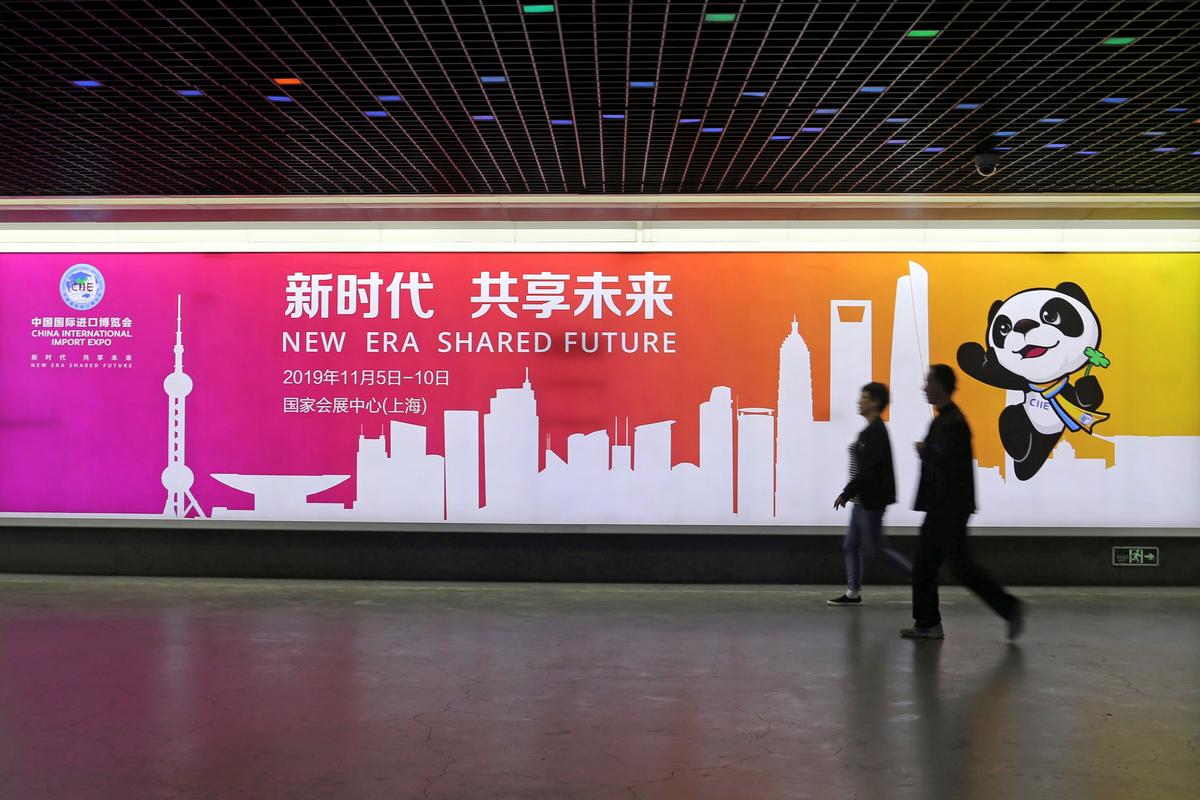 SHANGHAI (Reuters) – China will use a giant import fair in Shanghai next week to try to showcase its free trade credentials, temper criticism of its policies and deepen its global economic influence at a time of fresh uncertainty over the China-U.S. trade war.

The week-long China International Import Expo (CIIE) comes at a critical moment, following Chile’s announcement on Wednesday that it was withdrawing as host of an APEC summit in mid-November.

The United States and China had hoped to sign a deal to ease trade tensions at the meeting in South America. U.S. President Donald Trump said the deal would still happen, although the venue remains unclear.

Critics have said CIIE, which was launched last year, is mostly symbolic, and argue that a six-day fair focused on buying foreign goods does little to address the structural issues that underpin critiques of Beijing’s trade and economic practices.

But for China, which will host more than 3,000 companies and several foreign leaders at the event – including French President Emmanuel Macron – it is part of a bigger drive to cast its economy in a new light and bolster its global role.

“The import expo is a very important international relations tool for China. It’s more than just saying that it’s open for business,” said Rodrigo Zeidan, an associate professor of business and finance at New York University in Shanghai.

“There is this subtext that is about China’s role in the global economy.”

The event dovetails with China’s signature Belt and Road initiative to invest heavily in the development of land and sea links to Central Asia and Europe, as well as efforts to deepen economic links within Asia, he said.

Underscoring how important the government sees CIIE, Chinese President Xi Jinping will deliver opening remarks on Tuesday for the second year in a row.

On Tuesday, China will also host a “mini-ministerial” meeting of around 30 World Trade Organization members. The meeting will discuss the multilateral trade system and WTO reform, which China is keen to promote, state media have said.

“China is trying to play a more important role with the WTO, especially given the U.S. disinterest, or potential interest in leaving the WTO altogether,” said Zhu Ning, a professor of finance at Tsinghua University.

“I think China is working more with multilateral organizations and bilaterally with individual countries trying to improve its own influence globally and trying to shape the global trade and financial order going forward.”

No senior U.S. officials have announced plans to attend the expo and the U.S. embassy did not say whether any American officials would be there.

But U.S. business would be well represented, and Chinese Foreign Ministry spokesman Geng Shuang said on Wednesday there would be more American companies taking part this year than last year.

Ker Gibbs, oresident of the American Chamber of Commerce in Shanghai, said that while CIIE was an opportunity for companies, concerns about intellectual property rights, market access and the lack of a level playing field “are real challenges”.

“We hope that CIIE will spur substantive economic reform and opening in China,” he said.

Last year, CIIE was plagued by organizational gaffes. Some $57.8 billion worth of deals were signed, according to official statistics, but it was unclear what portion of those were new or represented legitimate, actionable promises.

One foreign participant representing a company at a signing ceremony at last year’s event told Reuters he was an actor paid to play the part of an executive.

Schools and businesses in Shanghai have been ordered to be closed for the opening days, and the government has promised that the event will be bigger and better this year.

That will be the case in at least one respect: exhibition space in the vast, clover-shaped venue has been expanded by 11% to more than 300,000 sq m, according to state media, or roughly five times the size of the Louvre Museum.