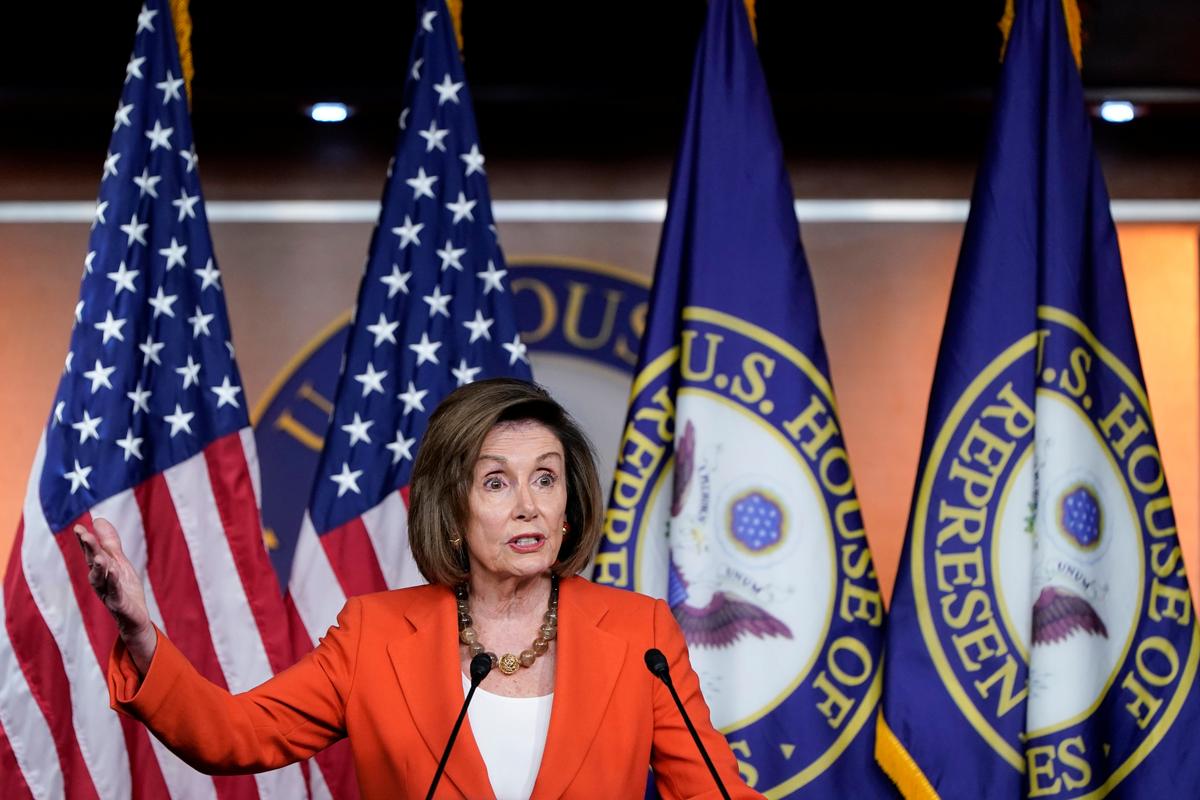 Speaker of the House Nancy Pelosi (D-CA) speaks during a media briefing ahead of a House vote authorizing an impeachment inquiry into U.S. President Trump on Capitol Hill in Washington, U.S., October 31, 2019. REUTERS/Joshua Roberts

The vote is the first formal test of support for the inquiry that House Speaker Nancy Pelosi launched on Sept. 24. The impeachment inquiry focuses on whether Trump pressured Ukraine into helping him in his 2020 re-election campaign, a charge the president denies.