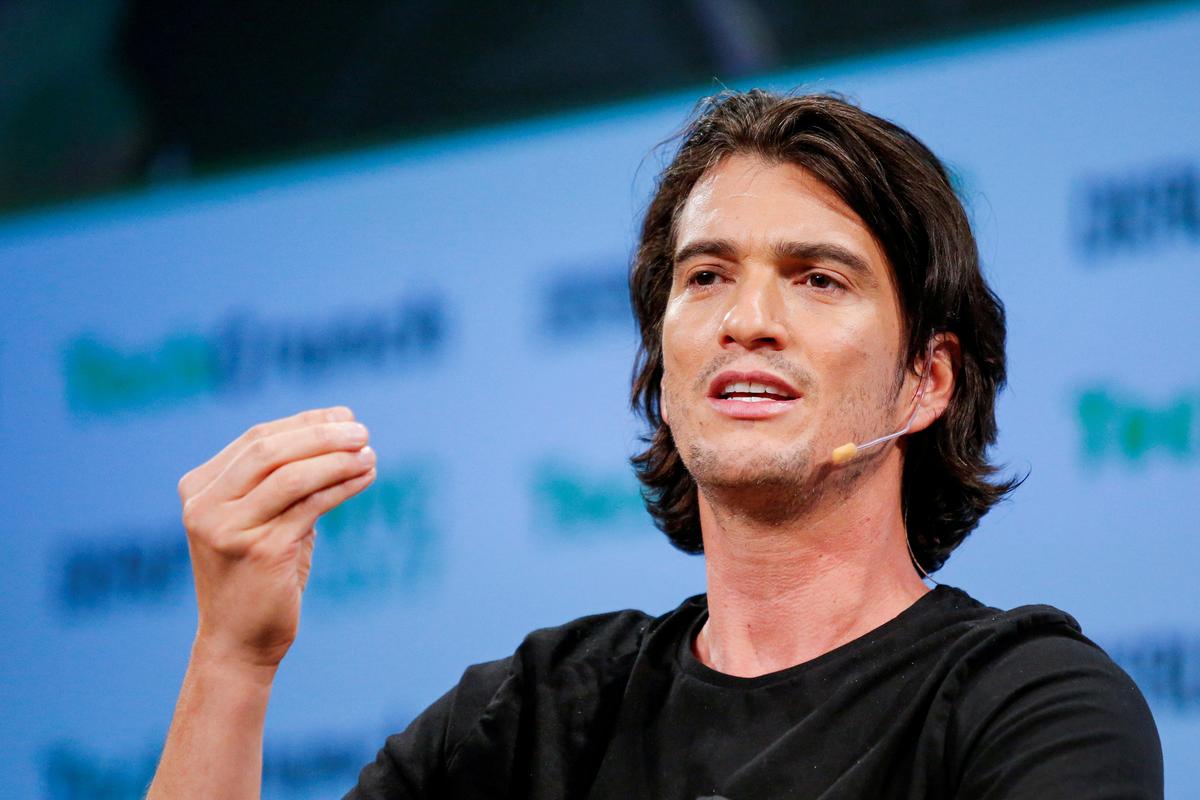 NEW YORK (Reuters) – The former chief of staff to ousted WeWork CEO Adam Neumann has accused him and the company of discrimination, saying she was belittled for getting pregnant, forced out of her job in favor of a man making more than twice her salary when she took maternity leave and ultimately fired for raising concerns.

In a complaint filed with the federal Equal Employment Opportunity Commission, Medina Bardhi said she began suffering discrimination soon after telling Neumann that she was pregnant with her first child in 2016.

She said in the complaint that she had been hesitant to tell him early in her pregnancy, but was forced to do so because of his habit of smoking marijuana on chartered flights, potentially exposing her unborn child to secondhand smoke.

Bardhi said she was fired about six months after giving birth to her second child and just weeks after raising concerns about discrimination in connection with her pregnancy and maternity leave.

WeWork did not immediately respond to a request for comment.

Medina’s complaint, filed on behalf of a proposed class of other female employees, accuses the company of fostering an environment in which women were demeaned for taking maternity leave, subject to offensive sexual conduct and paid less than male colleagues.

Neumann’s complaint also names Jennifer Berrent, who was WeWork’s chief legal officer, saying she referred to Bardhi’s first pregnancy as a “problem” that needed to be “fixed.”

Neumann also referred to Bardhi’s upcoming maternity leave as a “vacation,” the complaint said. When she took her leave, the company hired a man to replace her at more than double her salary, according to the complaint.

Bardhi said that when she returned from maternity leave she was not given her old job back for several months.

The pattern repeated itself when she became pregnant again in 2018, had a child and took maternity leave, according to Bardhi’s complaint. She was fired on Oct. 2, about a week after Neumann stepped down as WeWork’s chief executive, and told that her role had been eliminated, according to the complaint.