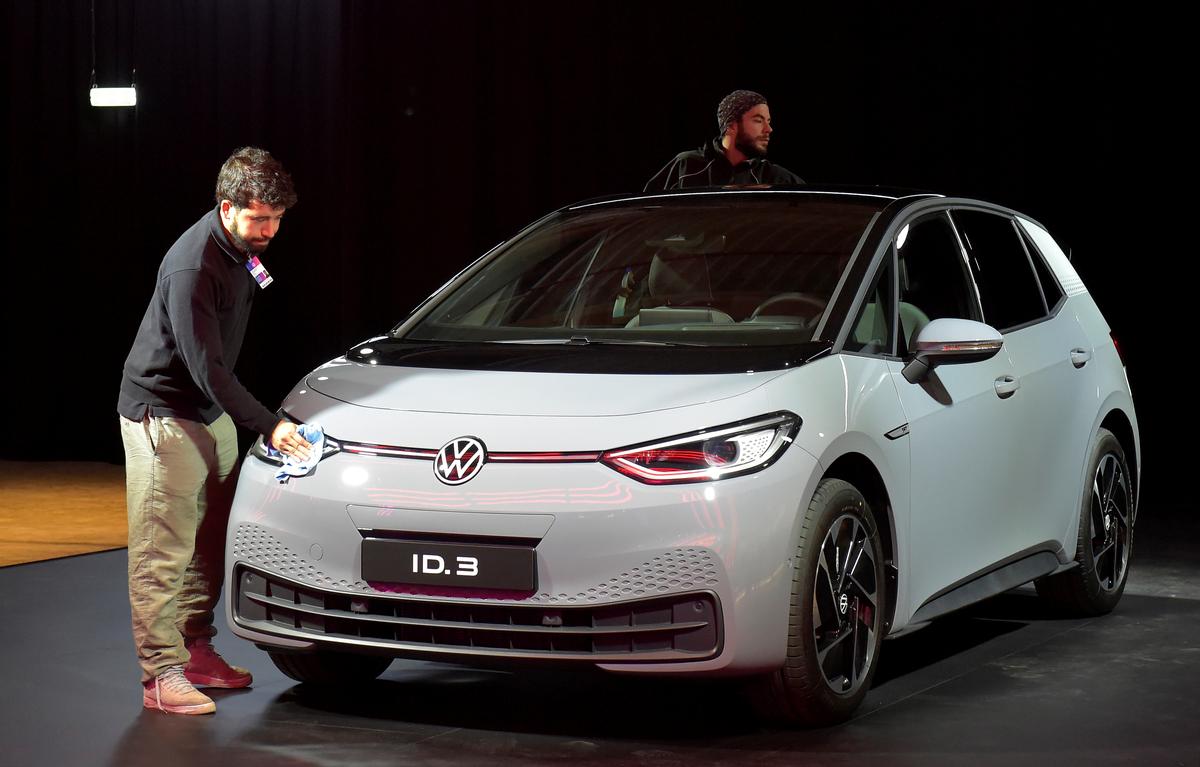 BERLIN (Reuters) – Germany plans to increase by half the grants available to buyers of electric cars over the five years from 2020, according to a government document seen by Reuters, the latest in a series of measures to speed the adoption of low-emissions vehicles.

Employees clean a new car after a ceremony marking start of the production of a new electric Volkswagen model ID.3 in Zwickau, Germany, November 4, 2019. REUTERS/Matthias Rietschel

According to the document, due to be discussed at a meeting of high-level government and car-company officials on Monday evening, grants for plug-in hybrids will rise from 3,000 to 4,500 euros. For vehicles priced over 40,000 euros the grants will rise to 5,000 euros.

The government wants to have 10 million electric vehicles on the roads by 2030, part of an offensive designed to turn round the German car industry’s perceived laggard status in e-mobility compared to its rivals in the United States and China.

The paper came to light on the day that Chancellor Angela Merkel gave a speech at Volkswagen’s Zwickau factory, where the German watched the carmaker start mass production of its ID.3 electric car, a vehicle costing around 30,000 euros.

“We can now say that Zwickau is a pillar of today’s German auto industry and of its future,” Merkel said at the launch. “Our task as politicians is to create a framework where new technological innovations can take hold.”

On Sunday she had said Germany needed 1 million charging stations by 2030 and urged carmakers and utility companies to play their part in helping to build the necessary infrastructure.

As part of an auto industry push, BMW (BMWG.DE) plans to build 4,000 electric car charging stations, a source familiar with the discussions said on Monday.

In September, at the Frankfurt auto show, Europe’s carmakers warned governments that the EU rules could be disastrous for profits and jobs because mainstream customers were not buying electric vehicles.

Reporting by Markus Wacket in Berlin and Joern Poltz in Munich, writing by Thomas Escritt and Edward Taylor; editing by Paul Carrel