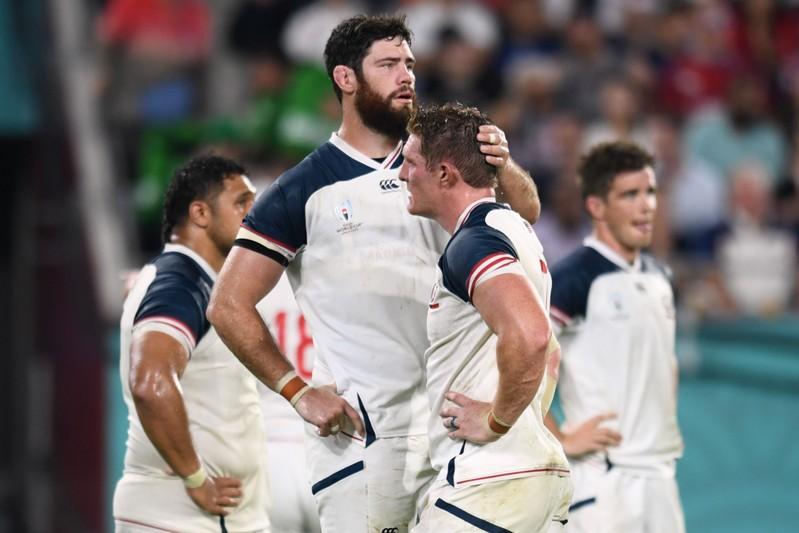 (Reuters) – United States flanker John Quill, who was shown the first red card of the World Cup in Japan, has announced his international retirement, U.S. Rugby said on Monday.

Quill was sent off in the United States’ first Pool C match against England after his shoulder made contact with the head of Owen Farrell in a no-arms tackle.

The incident sparked a melee between the teams and Quill was subsequently banned for three matches, bringing his tournament to an end as the United States failed to reach the knockout rounds.

“Every game has been a gift,” Quill said in a statement on the USA Rugby website here

“I feel very lucky to have worn the jersey as many times as I have, the experiences and friendships I’ve gained along the way I’ll carry with me for the rest of my life.”

The 29-year-old, who was born in County Cork, Ireland, also represented the United States at the 2015 Rugby World Cup.

He made his international debut against Russia in 2012 and went on to earn 37 caps for his country, scoring five tries.

“We are incredibly grateful to John for his contributions to the team over the past several years,” U.S. coach Gary Gold said.

“He has a tremendous work ethic, is a brilliant competitor and his toughness and physicality will be truly missed.”

Reporting by Simon Jennings in Bengaluru; Editing by Peter Rutherford