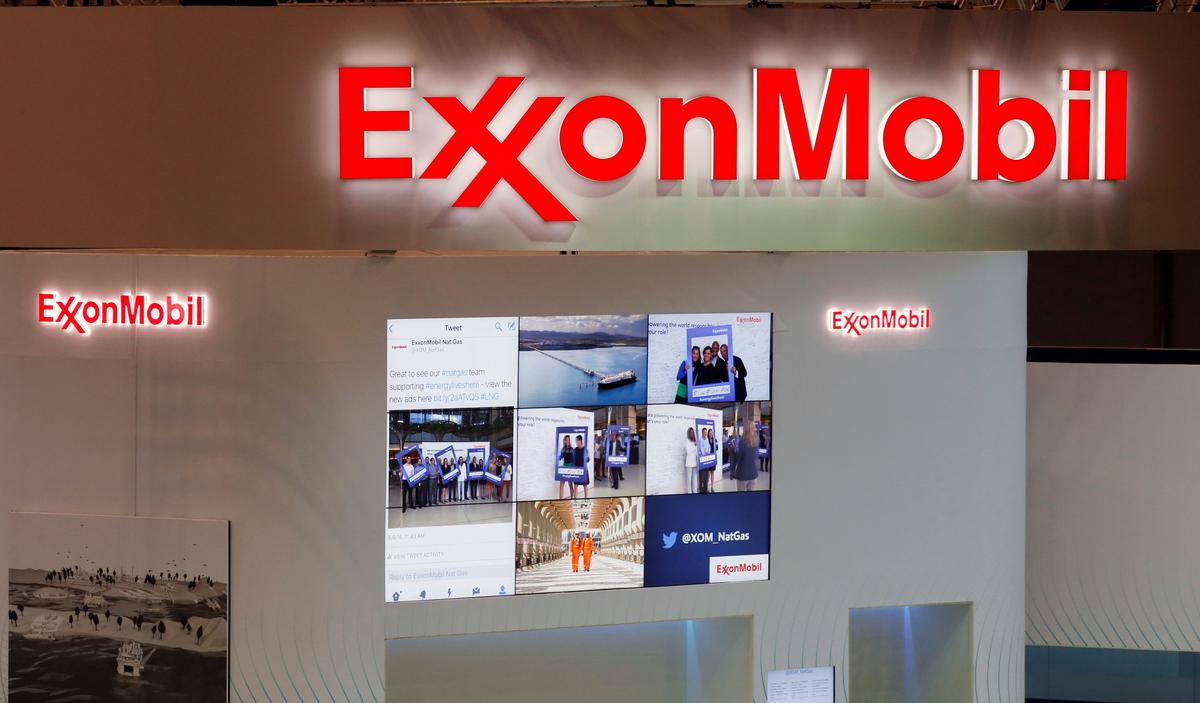 NEW YORK (Reuters) – Lawyers for New York state and Exxon Mobil Corp will make closing arguments on Friday in the closely watched trial in the state’s lawsuit charging that the oil major hid from its investors the true costs of regulations aimed at curbing climate change.

FILE PHOTO: Logos of ExxonMobil are seen in its booth at Gastech, the world’s biggest expo for the gas industry, in Chiba, Japan April 4, 2017. REUTERS/Toru Hanai/File Photo

The case, filed in October 2018 in Manhattan state court, was the first of several climate-related lawsuits against major oil companies to go to trial. It featured testimony from investors, experts and former Exxon CEO Rex Tillerson, who flatly denied the allegations against the company.

The attorney general alleges that Exxon caused investors to lose up to $1.6 billion by falsely telling them it had properly evaluated the impact of future climate regulations on its business.

The company used a “proxy cost” of up to $80 per ton of carbon emissions in wealthy countries by 2040, but internally used figures as low as $40 per ton or none at all, the attorney general said.

Tillerson testified that the proxy cost represented “macro level” assessment of the likely effect of future carbon regulations around the world on demand for fossil fuels, and was incorporated into a data guide used throughout Exxon.

Separately, he said, the company evaluated greenhouse gas costs at a “micro level” for specific projects, when appropriate.

Exxon’s lawyer, Theodore Wells, said in his opening statement in the trial that the attorney general’s case wrongly conflated proxy costs with those project-specific costs. In fact, he said, the company consistently used both and never misled investors about them.

There is no jury in the trial, meaning the verdict will be decided by Justice Barry Ostrager.

Both Massachusetts and New York began investigating Exxon after news reports in 2015 saying company scientists had determined that fossil fuel combustion must be reduced to mitigate the impact of climate change.

Exxon and other oil companies including BP Plc, Chevron Corp and Royal Dutch Shell Plc face lawsuits by cities and counties across the United States seeking funds to pay for seawalls and other infrastructure to guard against rising sea levels brought on by climate change.

The companies have said in court filings that they cannot be held liable for climate change.