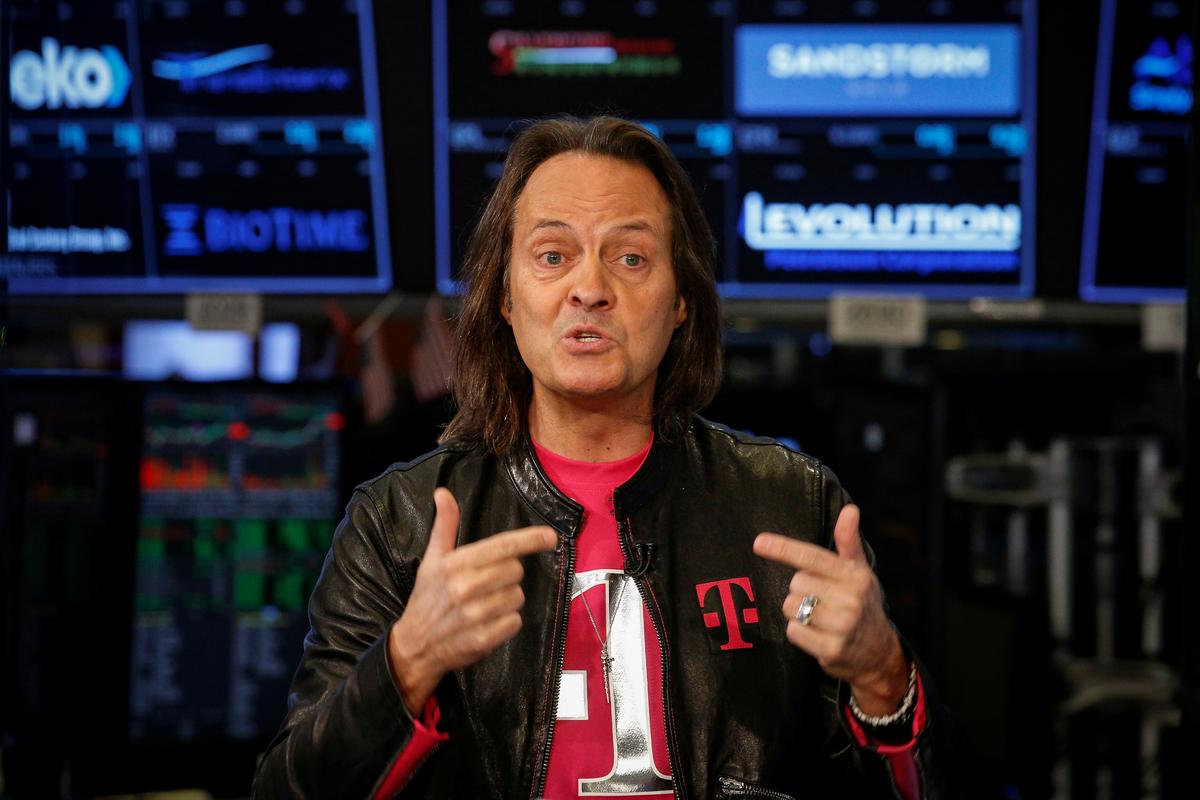 FILE PHOTO: T-Mobile CEO John Legere speaks about his company’s merger with Sprint during an interview on CNBC on the floor of the New York Stock Exchange (NYSE) in New York City, U.S., April 30, 2018. REUTERS/Brendan McDermid

WASHINGTON (Reuters) – T-Mobile US (TMUS.O) Chief Executive John Legere on Thursday acknowledged talks with Sprint Corp (S.N) to extend their merger agreement and declined to rule out asking for the $26 billion price to be lowered.

The T-Mobile-Sprint deal, announced in spring 2018, has won regulatory approval from the Justice Department and Federal Communications Commission but faces a lawsuit from more than a dozen state attorneys general seeking to stop the deal.

“What I can say is yes are having conversations as partners about whether and how long we move forward the date … and what if any items should be agreed between the parties in exchange for agreeing to extend those terms,” said Legere.