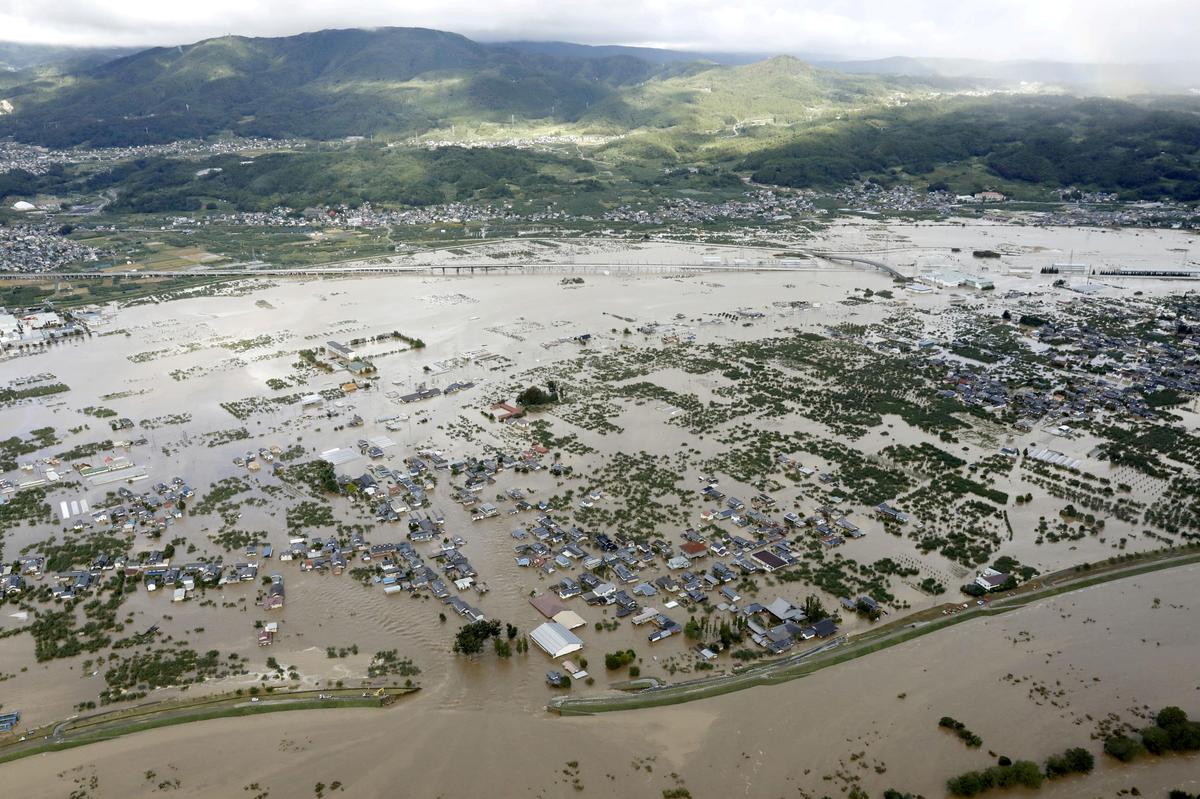 TOKYO (Reuters) – Three quarters of Japanese companies have been hurt by a string of natural disasters over the past two years, suffering damage to factories, office buildings, distribution networks and supply chains, a Reuters survey found.

Most of those companies suffered direct or indirect effects that lasted more than a week while the impact lasted more than a month for a third respondents. Most firms in the Reuters Corporate Survey said they want the government of Prime Minister Shinzo Abe to spend more on steps such as strengthening levees and repairing aged infrastructure.

The scars of the powerful storms, as well as occasional earthquakes, have brought home to corporate Japan the importance of infrastructure spending and diversifying logistics and supply chains.

A Panasonic Corp factory in northern Japan, inundated by Hagibis, will take about two months to repair, although it was too early to comment on the impact on the electronics giant’s profits, Chief Financial Officer Hirokazu Umeda told a news conference last week.

East Japan Railway Co will have to scrap eight of its roughly 30 Shinkansen “bullet trains” on its Hokuriku line that were flooded in a depot by Hagibis, at a cost of about $100 million, a spokesman said. Nippon Steel Corp last week slashed its annual forecast for consolidated business profit by one-third to some $900 million, citing such factors as suspended operations due to Faxai.

Of the companies in the Reuters survey hit by natural disasters in the past two years, 62% said the impact had taken or would likely take more than a week to recover from while 32% said more than a month.

Some 57% of the companies find Abe’s plan to spend $60 billion over three years on “national resilience” to be insufficient.

“The bulk of Japan’s infrastructure was rapidly developed in the 1960s and ‘70s, so large-scale restoration is called for,” a manager at an electric-machinery maker responded in the Reuters Corporate Survey.

A respondent at a chemicals company wrote, “Flood-prevention works will become increasingly important due to changes in global climate.”

A combined 74% want the government to focus on reinforcing levees or refurbishing old bridges and other infrastructure.

Most of the firms do not have plans to guard against natural disasters, though one-third are considering diversifying supply chains, production and logistics bases.

“It boils down to enhanced risk management,” wrote a manager at a rubber-products maker. “We’ll look into resilience to natural disasters across Japan as establishing new production bases will be an option as we promote automation.”

The survey, conducted from Oct. 24 to Nov. 1 for Reuters by Nikkei Research, canvassed 503 big and mid-size non-financial companies. Roughly half responded to the questions on disasters and infrastructure, on condition of anonymity.

Abe on Friday ordered his cabinet to compile a package of stimulus measures to support the economy and build infrastructure to cope with large natural disasters, with additional spending in an extra budget at the end of the year.

That will be the first stimulus package since 2016, as the longest postwar economic boom sputters amid the U.S.-China trade war and as the government watches the impact of an Oct. 1 tax hike.

More spending would further strain the industrial world’s heaviest public debt burden, which is more than twice the size of Japan’s economy. Even if Abe boosts infrastructure spending, Japan would face the question of who would do the work given the country’s tightest labour market in decades amid the fast-ageing population.