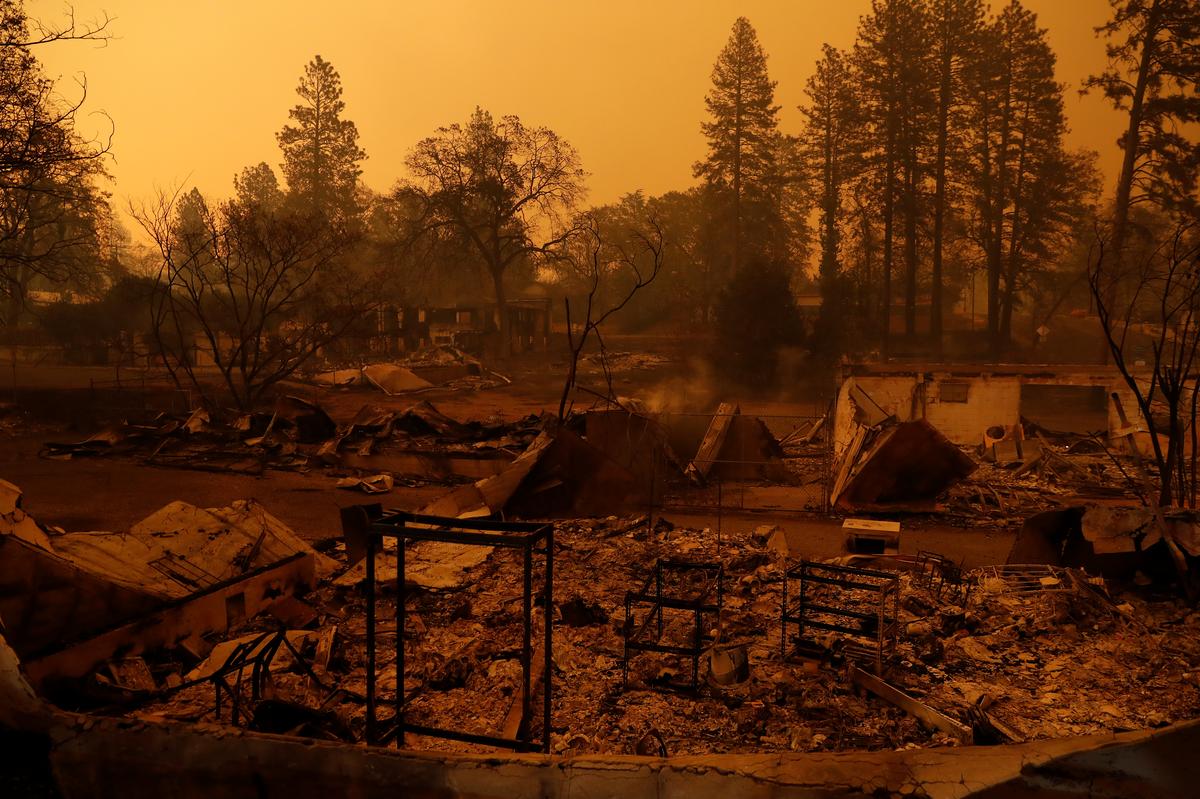 PARADISE, Calif. (Reuters) – For Earl Cummings, the psychological scars remain raw a year after California’s deadliest wildfire raced across a mountain ridge and destroyed the town of Paradise, killing 85 people.

Shrubs and grass have grown over the charred remains of Paradise, once home to 27 people. Fewer than a fifth have trickled back, most living in trailers scattered amid rebuilding sites.

The 47-year-old Cummings is trying to piece together his life, living in his trailer. He lost his girlfriend and his relationship with his son grew strained after the fire, he said.

“Just the not knowing where we were going to live, and just the traumatic part, is happening so quickly you are left in despair,” he said.

“I saw the worst in people but I also saw the best, where people came together and helped one another escape the fire.”

He is not alone. Also struggling to process the trauma are other survivors, many of whom fled in terror down narrow mountain exit routes that morning of Nov. 8, 2018.

Squire Howell, a retiree who had lived in Paradise since 1972, choked up as he recalled how “the sky turned black” as he fled his home, leaving everything behind.

Fueled by the gusting winds of autumn in northern California known as “El Diablo”, the fire engulfed the town so quickly it caused water mains to burst, leaving firemen with no water to douse the flames, he said.

“Some people called it the perfect storm,” Howell said. “So, anyway, I don’t think it will happen again and I am glad to be up here in Paradise back on the mountain.”

‘ENOUGH LOSS FOR A LIFETIME’

Joseph Cline, 40, who lost his home and business in the fire a month after his father died, also figured he had “enough loss for a lifetime” and things were “going to move in a positive direction”, as he watched his daughter on a swing erected near his trailer.

“That’s where I am putting my family. Moving them in a positive direction, trying to be happy, and live day by day and just try to do the best I can for my family.”

Collette Curtis, of the town’s public information office, said officials had just about completed removal of debris, some of it toxic, such as burned appliances, so that rebuilding can start in earnest.

“Rebuilding is one home at a time, and we’re talking about building thousands of homes and apartment complexes,” she said.

The town’s 40 recovery projects include new measures such as better evacuation routes and an early warning siren system, so that residents will not have to rely on cell phone alerts, which many had missed a year ago, she said.

On Friday, the town has scheduled 85 seconds of “united silence”, followed by a ground breaking ceremony for a new “Hope Plaza”.