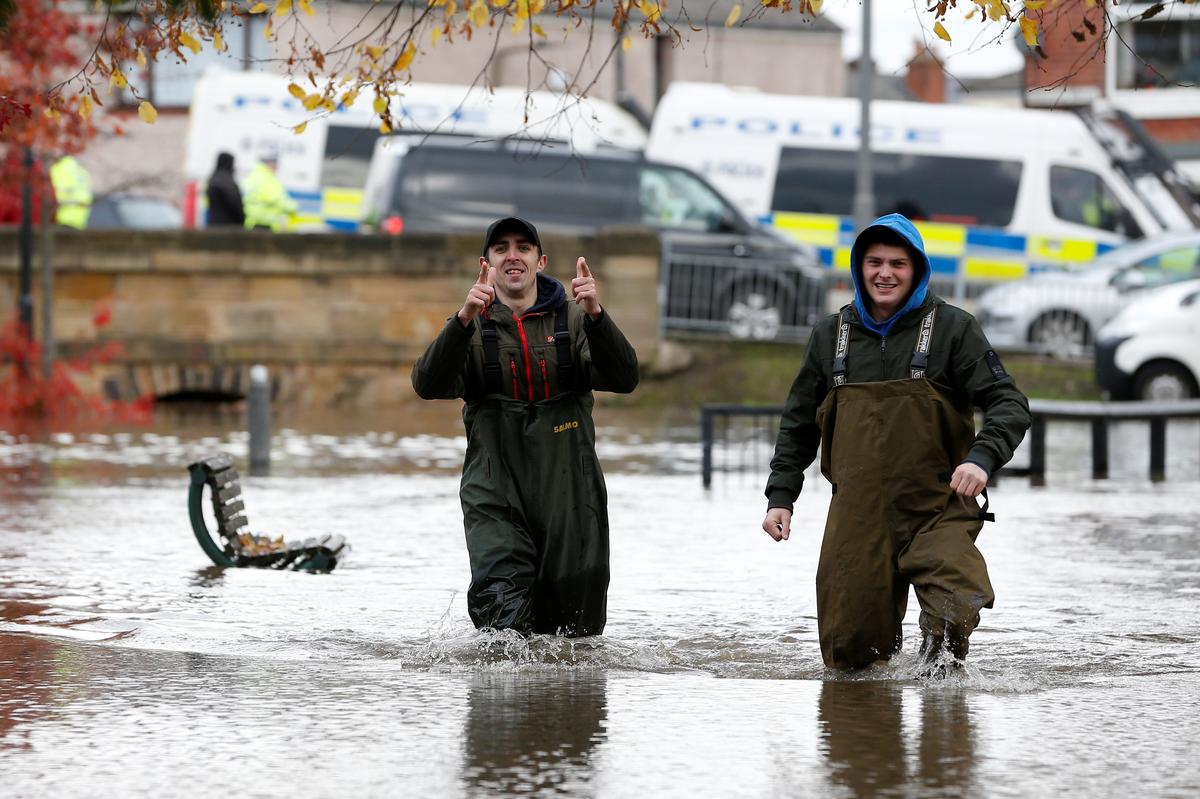 LONDON (Reuters) – A woman was found dead in flood water on Friday after severe storms brought a month’s rainfall in less than 24 hours to parts of central and northern England.

Police said the woman’s body had been found near a stretch of the River Derwent near the town of Darley Dale in Derbyshire.

“The woman was reported as having been swept away by flood water in Rowsley and the body of what is believed to be the same woman was found in Darley Dale,” police said in a statement.

Dozens of people were trapped in a shopping center in the city of Sheffield overnight after becoming stranded by rising waters and about 100 others were rescued from a nearby mall by firefighters in dinghies.

The greatest concern was for homes in six areas around the River Don near the town of Doncaster where water levels reached dangerous record highs.

Residents were initially warned to immediately evacuate although the local authority later advised them to instead remain vigilant.

There were more than 150 alerts in other areas of the country where the Environment Agency cautioned that flooding was either expected or possible.

The torrential rain also brought widespread travel disruption with some rail operators issuing a “do not travel” advice to passengers in places around Sheffield and other affected areas while many roads were also closed.

“Awful to see the terrible flooding across the North of England,” Prime Minister Boris Johnson said on Twitter. “Thank you to the emergency staff & volunteers helping families through this difficult time.”