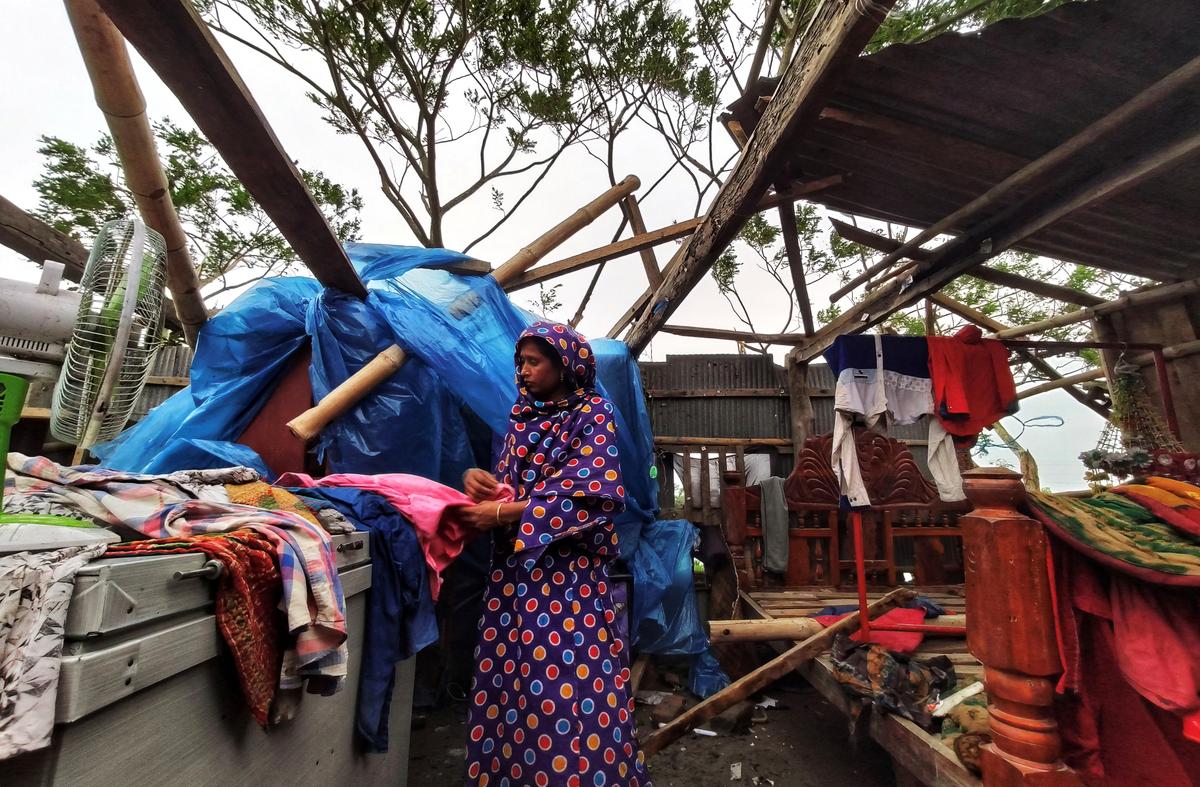 DHAKA (Reuters) – At least 13 people were killed in Bangladesh and India after cyclone Bulbul lashed coastal areas this weekend, though prompt evacuations saved many lives and the worst was over, officials said on Sunday.

A woman is seen inside her damaged house after cyclone Bulbul hit the area in Khulna, Bangladesh, November 10, 2019. REUTERS/Kazi Fazle Rabby

Five of the six victims in Bangladesh were killed by falling trees, including a 52-year old woman who had spent the night in a shelter. She returned home on Sunday and was killed when a tree crashed onto her house.

Another victim, a 60-year old fisherman, had refused to evacuate.

Some 30 people were injured and around 6,000 homes were partially or fully damaged, Bangladeshi authorities said.

Two fishing boats have not yet returned and relatives have been unable to contact the roughly 36 men on board, added Anwar Uddin, a local public representative in the southern Bhola district.

No major damage was immediately reported in camps in southeast Bangladesh where hundreds of thousands of refugees from neighboring Myanmar are living.

India’s meteorological department said the cyclone was expected to weaken but warned fishermen not to venture into the sea for the next 12 hours.

Some 2 million people from all of Bangladesh’s 13 coastal districts huddled in about 5,558 shelters on Saturday night. Outside, wind speeds rose to between 100 and 120 km per hour (62-75 mph), and some low-lying coastal areas were flooded.

“It may take a couple of days to get a normal situation,” Enamur Rahman, junior minister for disaster management and relief, told Reuters.

About 1,200 predominantly domestic tourists were stuck on St. Martin’s Island, part of the Cox’s Bazar district, Rahman said. “All of them will be rescued,” he said.

The cyclone season in the Bay of Bengal can last from April to December. In 1999 a super-cyclone battered the coast of India’s Odisha state for 30 hours, killing 10,000 people.