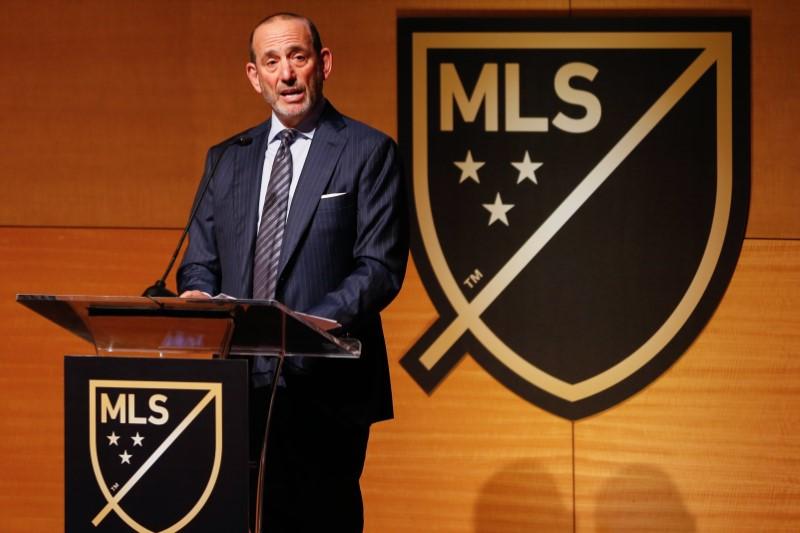 An announcement is expected in the next couple of months with Las Vegas and Phoenix competing with Charlotte, Garber said in comments ahead of Sunday’s MLS Cup between the host Seattle Sounders and Toronto FC.

“It is fair to say Charlotte has done a lot of work to move their bid to the front of the line,” Garber said.

“Should we be able to move forward, I am confident it will be successful,” Garber said, pointing to North Carolina’s success in women’s and youth soccer.

The team would likely play initially in the home stadium of the National Football League’s Carolina Panthers, whose owner is behind the bid.

Five other cities will also join the rapidly expanding league in the next three years.

Miami and Nashville will begin play next year. Austin, Texas, will start in 2021, and Sacramento and St. Louis in 2022.

“Our league is capitalizing on the momentum that exists behind the sport of soccer in North America,” Garber said.

“We are riding this crest that I think we have helped create in many ways.”

“There is a new America and a new Canada happening that is young, that is diverse, that is globally connected, that is very digital. Those are the qualities that are driving our fan base and driving the value that we have.”

Postseason matches averaged more than 31,000 fans and viewership was up 30%, with the sold-out championship to be witnessed by nearly 70,000 fans and viewed in 170 countries, the commissioner said in a State of League address.

“It (the MLS) has transformed itself from a league on the rise to a league that has arrived,” Garber said.