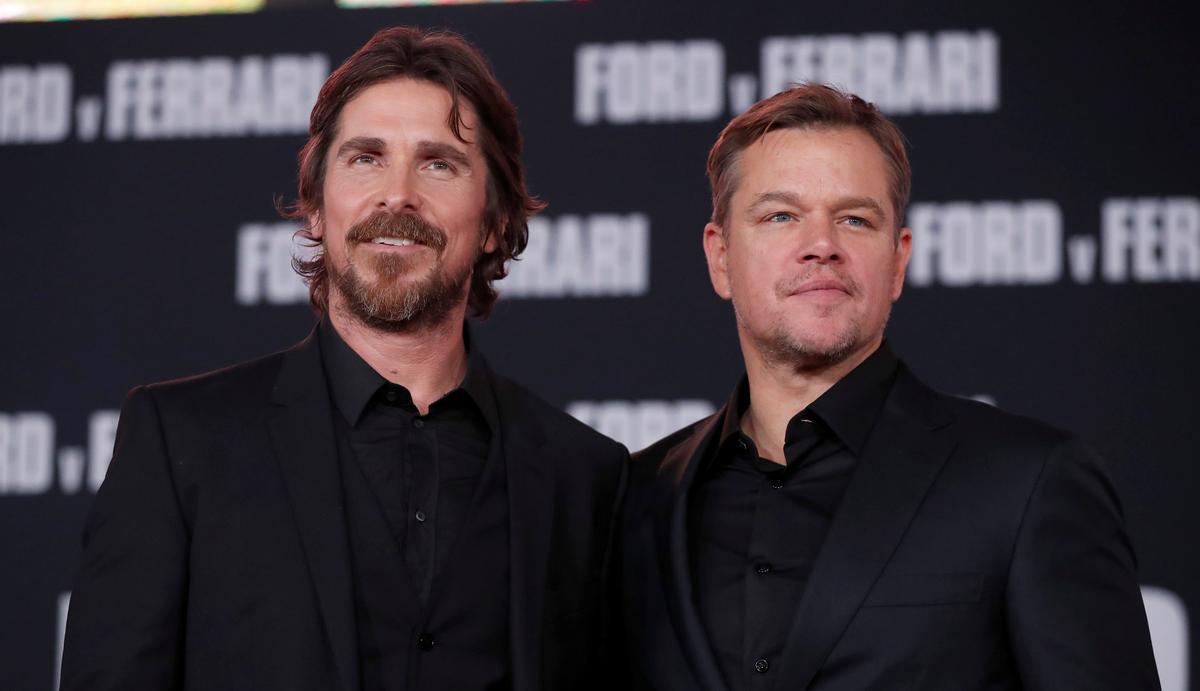 Directed by James Mangold and starring Christian Bale and Matt Damon, “Ford v Ferrari” debuted ahead of expectations, thanks to strong word-of-mouth from moviegoers. However, those ticket sales weren’t enough to offset disappointing starts from fellow high-profile newcomers, “Charlie’s Angels” and “The Good Liar,” pushing the domestic box office down over 6% from last year, according to Comscore.

“Ford v Ferrari” enticed a mostly older male crowd: Men accounted for 62% of ticket buyers, while nearly 80% were over the age of 25. Audiences awarded the film with a rare A+ CinemaScore, a sign that the racing drama should have a long life in theaters. Produced by Chernin Entertainment, the movie carries a $100 million price tag and will need a boost from international moviegoers to turn a profit. “Ford v Ferrari” launched with $21 million at the foreign box office this weekend, lifting its global tally to $52.4 million.

“Ford v Ferrari” tells the true story of the automotive team at Ford, led by designer Carroll Shelby (Damon) and his British driver Ken Miles (Bale), as they build a race car attempting to beat the legendary Ferrari in the prestigious Le Mans race.

“Charlie’s Angels” arrived well behind domestic box office projections (the studio was anticipating a start closer to $13 million) and will now rely on overseas audiences to help recoup its $48 million production budget. Elizabeth Banks wrote and directed “Charlie’s Angels” — starring Kristen Stewart, Naomi Scott and Ella Balinska — the third big-screen adaptation of the classic action series. The newest chapter sees the Angels going global to halt the spread of a dangerous new technology that could threaten the world. Banks portrays one of the many Bosleys, while Sam Claflin, Patrick Stewart and Noah Centineo joined the cast.

“The Good Liar” bowed in eighth place, failing to be much of a draw among its core audience. Over 60% of moviegoers were above 50 years old, a demographic that doesn’t routinely turn up in force on opening weekend. But mediocre reviews, along with a B CinemaScore, doesn’t bode well for its future in multiplexes. Directed by Bill Condon and starring Ian Mckellen as a con artist who targets a wealthy widow (Hellen Mirren), “The Good Liar” is the latest literary adaptation from Warner Bros. that hasn’t been able to fill seats in theaters. In recent weeks, “The Goldfinch,” “Motherless Brooklyn” and “Doctor Sleep” were all major misfires. “Doctor Sleep” suffered a massive 57% decline in its second weekend, pulling in $6.1 million for a domestic total of $25 million.

It’s not all bad news on the Warner Bros. lot. This weekend, “Joker” officially became the first R-rated movie in history to gross over $1 billion at the global box office. All the more impressive, it’s only the third movie ever to reach that milestone without a release in China, one of the world’s biggest moviegoing markets.

At the specialty box office, A24’s “Waves” kicked off with $144,562 from four venues in New York and Los Angeles, equating to a strong $36,140 per location. Trey Edward Shults wrote and directed the acclaimed drama about a South Florida family coming together in the face of tragedy. The studio will continue to slowly roll out the film nationwide into the holiday season.