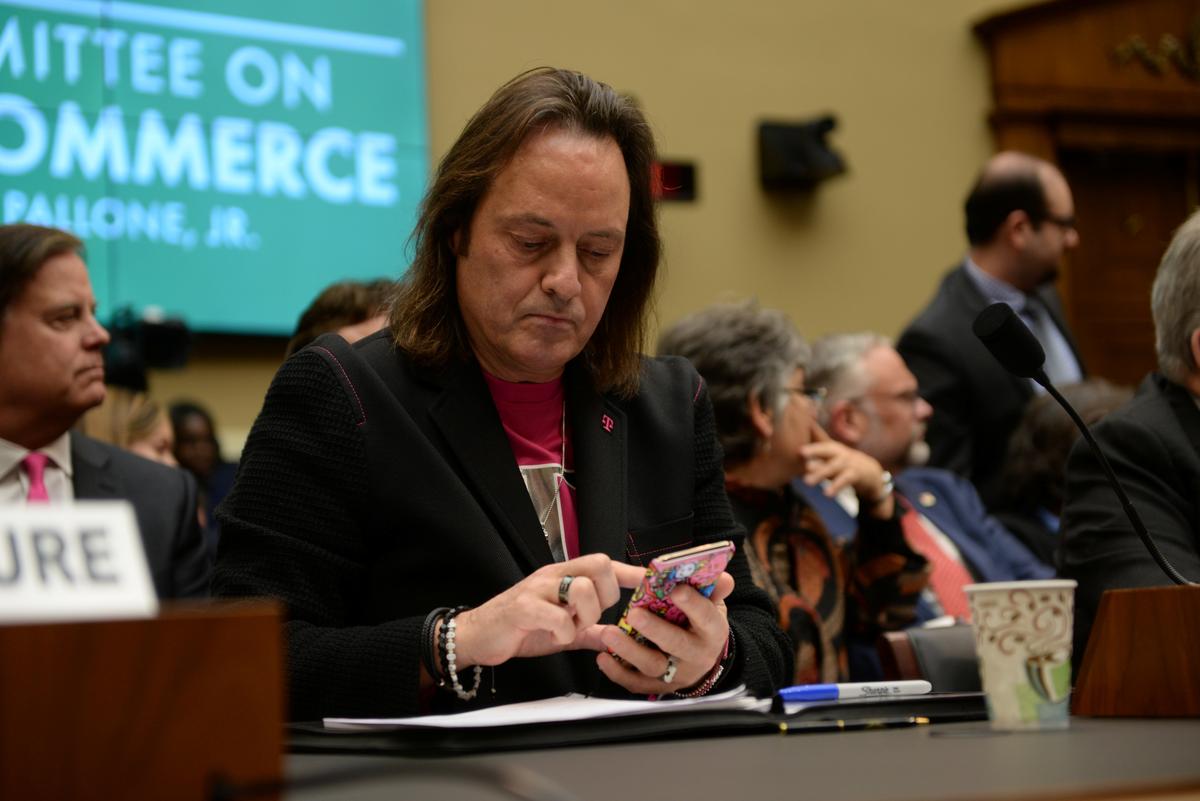 (Reuters) – T-Mobile US Inc Chief Executive Officer John Legere will step down next year, the company said on Monday, less than three weeks before it goes to trial to determine the fate of its planned $26.5 billion merger with smaller rival Sprint Corp.

The third-largest U.S. wireless carrier will go to trial on Dec. 9 to fight a state attorneys general lawsuit that alleges the merger would be harmful to consumers.

T-Mobile said Legere will remain CEO until April 30, and will be succeeded by President and Chief Operating Officer Mike Sievert. Legere will continue to be a member of T-Mobile’s board.

Legere, the outspoken architect of the marketing and business strategy that helped T-Mobile become known as an innovator in the wireless industry, said the succession plan had long been in the works.

“A CEO with a board that doesn’t have a good succession plan, fails,” Legere said on a conference call with analysts. “It’s Mike’s time. He’s ready.”

“I feel quite good that we have the basis for settling this deal, and I feel equally good, if not better, about winning this trial,” he added.

T-Mobile has also been in talks with Sprint to extend their merger agreement, which had expired Nov. 1. A reduced price for Sprint could potentially be part of the negotiations.

Legere said Monday the company’s shareholders were working on a new agreement, but said he could not provide a timeframe.

Legere also said he had never been in discussions to run WeWork, saying the news reports had created an “awkward period of time” for T-Mobile. Japan’s Softbank Group Corp is the controlling shareholder for both Sprint and WeWork.

Sievert, also a member of T-Mobile’s board, has worked alongside Legere for the last seven years.

“It has been widely expected for some time that John would exit next year, so this won’t come as a shock to anyone,” said Craig Moffett, an analyst at MoffettNathanson. “And Mike has always been extremely highly regarded by the investment community. I expect they’ll make the transition without missing a beat.”

Shares of T-Mobile were little changed at $78.23 in afternoon trading, while Sprint was up 1.03%.