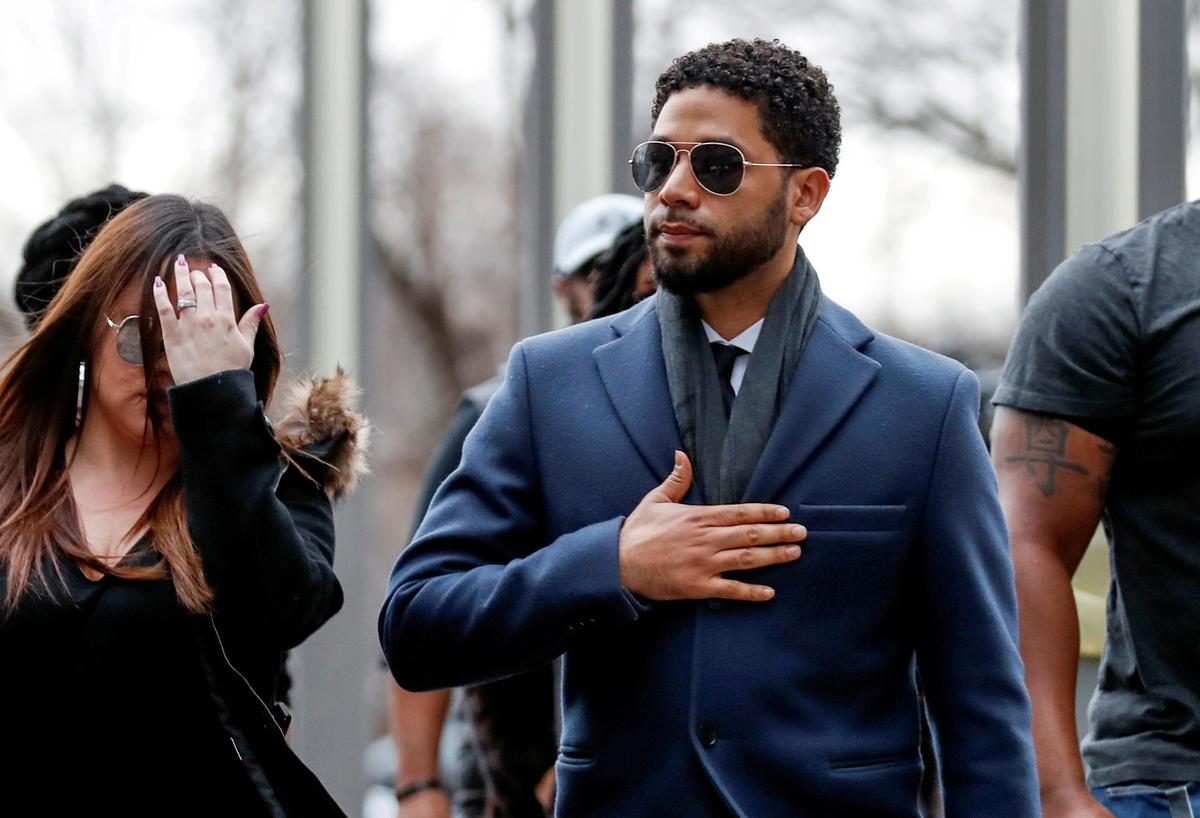 (Reuters) – Jussie Smollett has filed a lawsuit accusing Chicago of maliciously prosecuting him after concluding the actor’s claim that he was the victim of a racist and homophobic beating on a city street was a hoax.

Smollett, 37, best known for his role on the Fox television drama “Empire,” made his accusation in a counterclaim filed on Wednesday, after the city sued him to recoup $130,106 in police overtime costs to investigate the beating claim.

The actor, who no longer appears on “Empire,” is seeking compensatory and punitive damages from the city, police officials and others for causing him “substantial economic damages as well as reputational harm, humiliation, mental anguish and extreme emotional distress.”

A spokesman for Chicago’s law department did not immediately respond to requests for comment.

Smollett, who is black and gay, ignited a social media firestorm after telling police on Jan. 29 that two masked men had thrown a noose around his neck, poured bleach on him and shouted racial and homophobic slurs, while expressing support for U.S. President Donald Trump.

Illinois prosecutors charged Smollett on Feb. 20 with making up the attack, including by hiring two brothers to stage it, and falsely reporting a “high-profile hate crime,” to draw publicity after becoming dissatisfied with his “Empire” salary.

But they dropped the criminal case on March 26, drawing anger from Chicago’s police department and then-Mayor Rahm Emanuel, who called it a “whitewash of justice.”

Smollett had pleaded not guilty to lying about the attack, and has long said he had been truthful about it.

Smollett filed his counterclaim against the city, the brothers and a number of police officers and employees.

He accused police of trying to prosecute him based on the brothers’ “false, self-serving and unreliable statements in order to close the investigation into the attack.”

Smollett also said Chicago could not recover investigative costs because it already accepted his $10,000 “payment in full” in connection with the dismissal of the criminal case.

Without ruling on the merits, U.S. District Judge Virginia Kendall on Oct. 22 refused to dismiss Chicago’s civil lawsuit against Smollett, saying his high profile and “the extreme nature of the accusations” could explain the overtime costs.