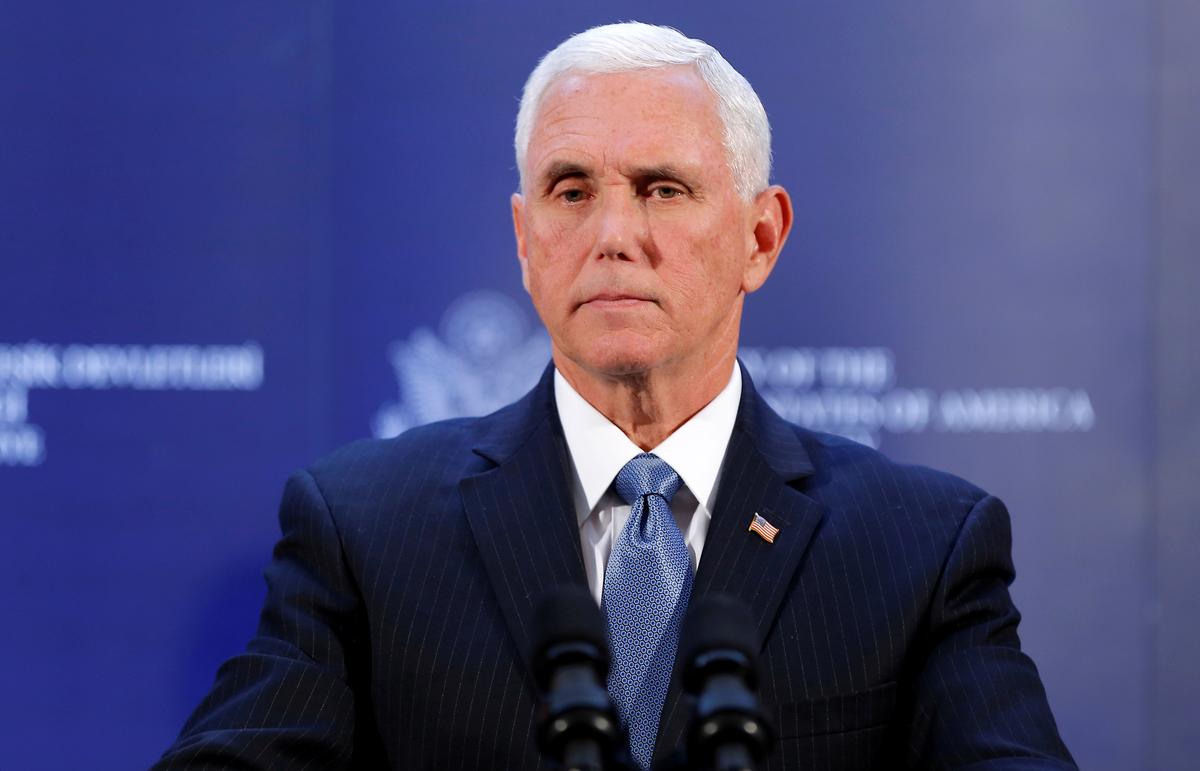 WASHINGTON (Reuters) – Vice President Mike Pence’s office, responding to testimony on Wednesday by U.S. Ambassador to the European Union Gordon Sondland, said the two men had not discussed tying the release of U.S. aid to Ukraine to “potential investigations” during a September trip to Poland.

Sondland, testifying before U.S. lawmakers conducting the impeachment inquiry into President Donald Trump, said he had told Pence about his concerns that assistance for Ukraine was being tied to probes sought by Trump before Pence met with Ukrainian President Volodymyr Zelenskiy in Warsaw.

House Democrats are investigating whether Trump abused the power of his office by pressuring Ukraine to probe his political rivals, including former Vice President Joe Biden, a top Democratic contender seeking to challenge him in the November 2020 election.

Trump, in a July 25 telephone call with Zelenskiy, sought an investigation into a debunked theory regarding the 2016 U.S. election and a Democratic Party server. He also asked Zelenskiy to investigate Biden and Biden’s son Hunter, who served on the board of Ukrainian company Burisma.

Sondland told lawmakers Pence was aware of the effort to get Ukraine to commit to carrying out the probes.

“The vice president never had a conversation with Gordon Sondland about investigating the Bidens, Burisma, or the conditional release of financial aid to Ukraine based upon potential investigations,” Marc Short, Pence’s chief of staff, said in a statement.

In his testimony, Sondland said he had raised concerns about the linkage between the aid and the investigations Trump sought.

“I mentioned to Vice President Pence before the meetings with the Ukrainians that I had concerns that the delay in aid had become tied to the issue of investigations,” he said in his opening remarks.