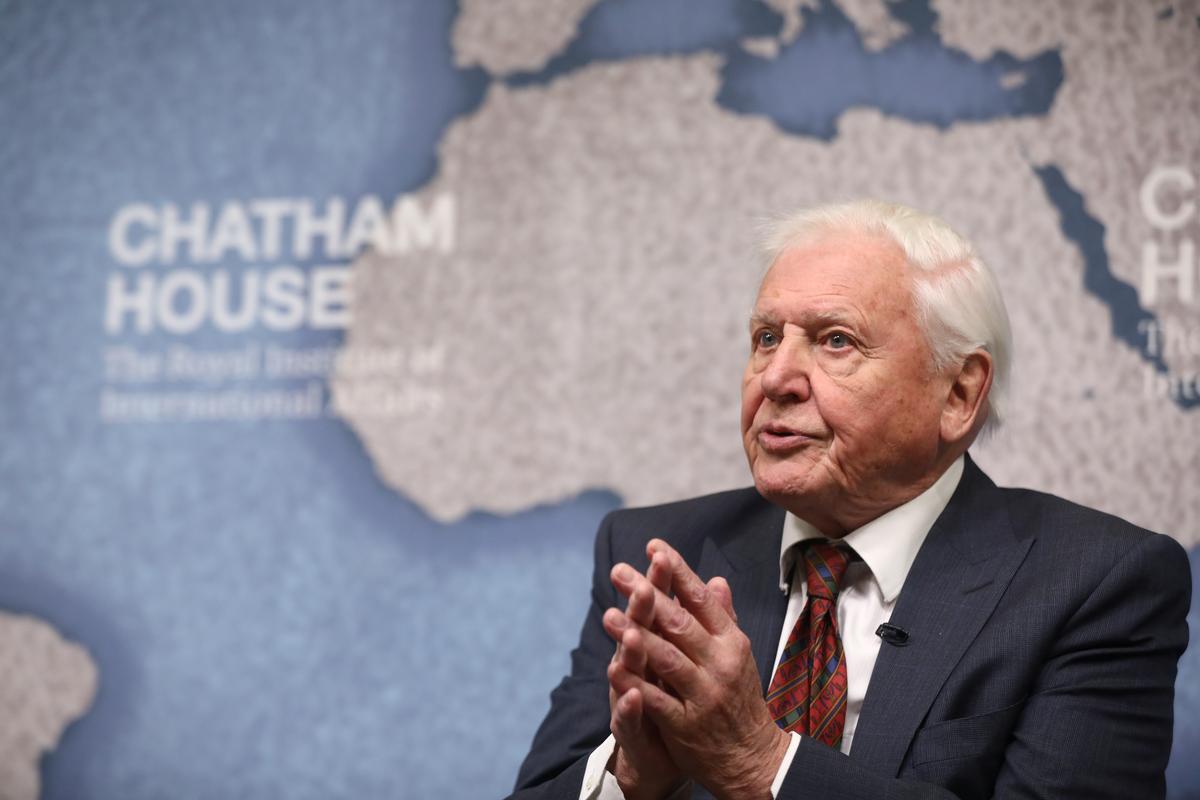 LONDON (Reuters) – Queen Elizabeth presented broadcaster David Attenborough with an award on Wednesday for his hit BBC nature series Blue Planet II, which raised public awareness around the world of the danger of plastic pollution in oceans.

Attenborough, who like the monarch is 93 years old, was awarded the Chatham House prize along with the BBC Studios Natural History Unit for “the galvanizing impact” of the series, the London-based international affairs think tank said.

The monarch has been steadily cutting down on the number of her public engagements and the fact that she appeared in person to present the prize is a mark of the high esteem in which he is held.

The ceremony came shortly after the Queen’s second son Prince Andrew announced he would step back from public duties for the foreseeable future amid widespread criticism of an interview he gave BBC television at the weekend concerning his association with the late U.S. financier Jeffrey Epstein.

One of the best-known faces on British television, David Attenborough has been making nature programs since the 1950s.

He and the Queen appear to enjoy a cordial relationship. In 2018, they both appeared in a documentary about tree conservation, strolling around her garden together and chatting informally.

The annual Chatham House Prize honors people or organizations deemed to have made the most significant contribution to the improvement of international relations.

“Plastic pollution is one of the gravest challenges facing the world’s oceans, and undoubtedly an international issue,” said Robin Niblett, director of Chatham House, in a statement.

The series, which Attenborough narrated aged 91, achieved the highest viewing figures on British television in 2017 and was sold to broadcasters around the world, scoring high ratings in many countries.

Among other poignant scenes, it featured footage of albatrosses unwittingly feeding their chicks plastic fished from the ocean and a mother whale carrying a dead newborn calf, likely killed by plastic contamination in the mother’s milk.

In the wake of the series, the issue of overuse of single-use plastic suddenly leapt to the top of the news agenda in Britain.

Re-usable coffee cups became a common sight on the streets, plastic straws disappeared from pubs and cafes, the government announced measures to reduce plastic use and major retailers pledged to work towards plastic-free packaging.

The issue has also become more prominent on the international stage. This year, G20 environment ministers agreed to adopt a new implementation framework for actions to tackle marine plastic waste on a global scale.

The EU has also voted to ban several single-use plastic items, including straws, forks and knives, by 2021.