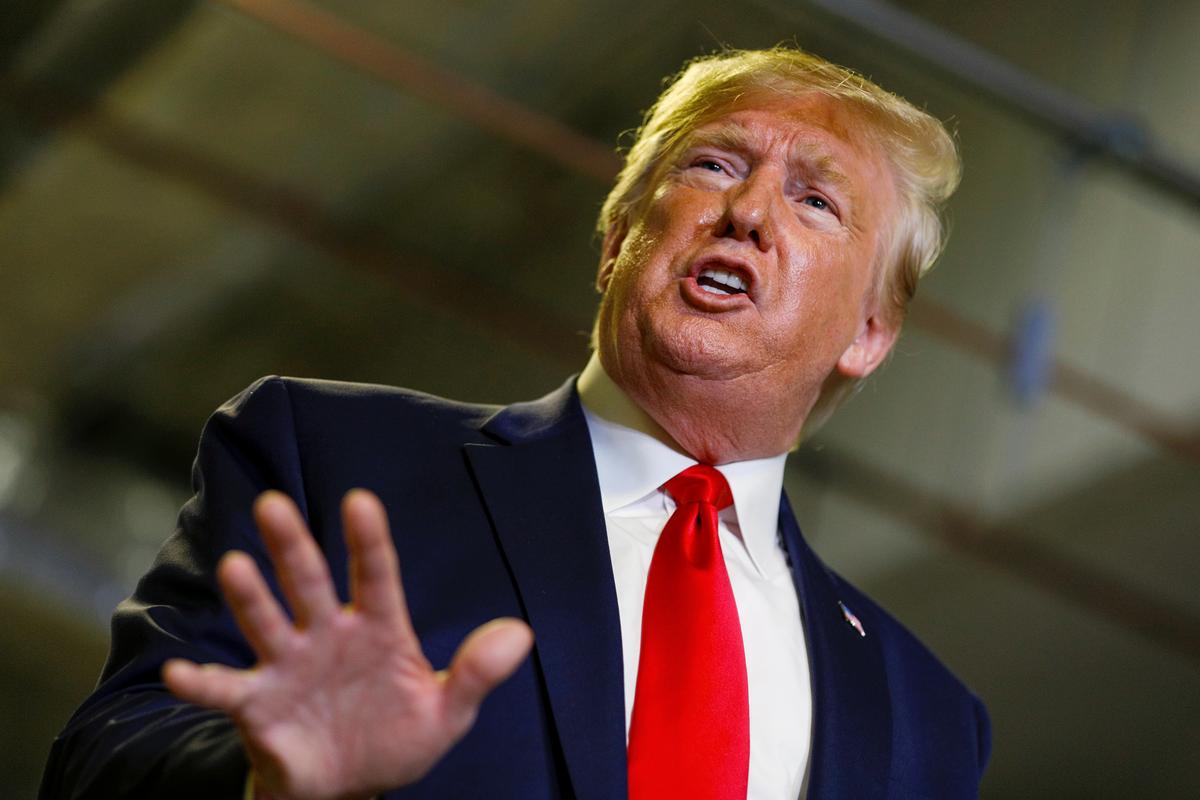 WASHINGTON (Reuters) – A Democratic-led House of Representatives committee on Thursday urged the U.S. Supreme Court not to prevent President Donald Trump’s longtime accounting firm from handing over his financial records that have been subpoenaed by lawmakers.

The House Oversight Committee’s filing came in response to Trump’s request last week asking the justices to put on hold a lower court ruling that Mazars LLP must comply with the panel’s subpoena for the records that Trump has sought to keep secret.

The committee said the material is needed to determine whether the Republican president complied with laws requiring disclosure of his assets and to assess whether changes are needed in those laws.

On Monday, Chief Justice John Roberts temporarily put the matter on hold while the nine justices decide how to proceed.

The committee’s lawyers had agreed to a temporary delay but opposed a longer pause in the litigation sought by Trump. The committee urged the court to reject Trump’s appeal.

The committee’s lawyers said Trump is seeking to halt the functions of a co-equal branch of government “by restraining a valid congressional inquiry and quashing a subpoena issued to a private accounting firm. That request should be denied.”

If the court does decide to hear the case, it should issue a ruling in the matter during its current term that ends in June, the committee’s lawyers added.

The Supreme Court could act on Trump’s request at any time.

The case represents an important showdown pitting the powers of the presidency against the authority of Congress, with Trump fighting hard to keep details of this finances secret even as he faces an impeachment inquiry in the House.

Trump turned to the Supreme Court after the U.S. Court of Appeals for the District of Columbia Circuit decided last week that it would not revisit its October decision backing the House committee’s authority to subpoena the records from Mazars.

The court has a 5-4 conservative majority, including two justices appointed by Trump.

In a separate case, Trump on Nov. 14 asked the Supreme Court to review a New York-based federal appeals court’s ruling that local prosecutors can enforce a subpoena also issued to Mazars demanding Trump’s personal and corporate tax returns from 2011 to 2018.

Reporting by Lawrence Hurley; Editing by Will Dunham