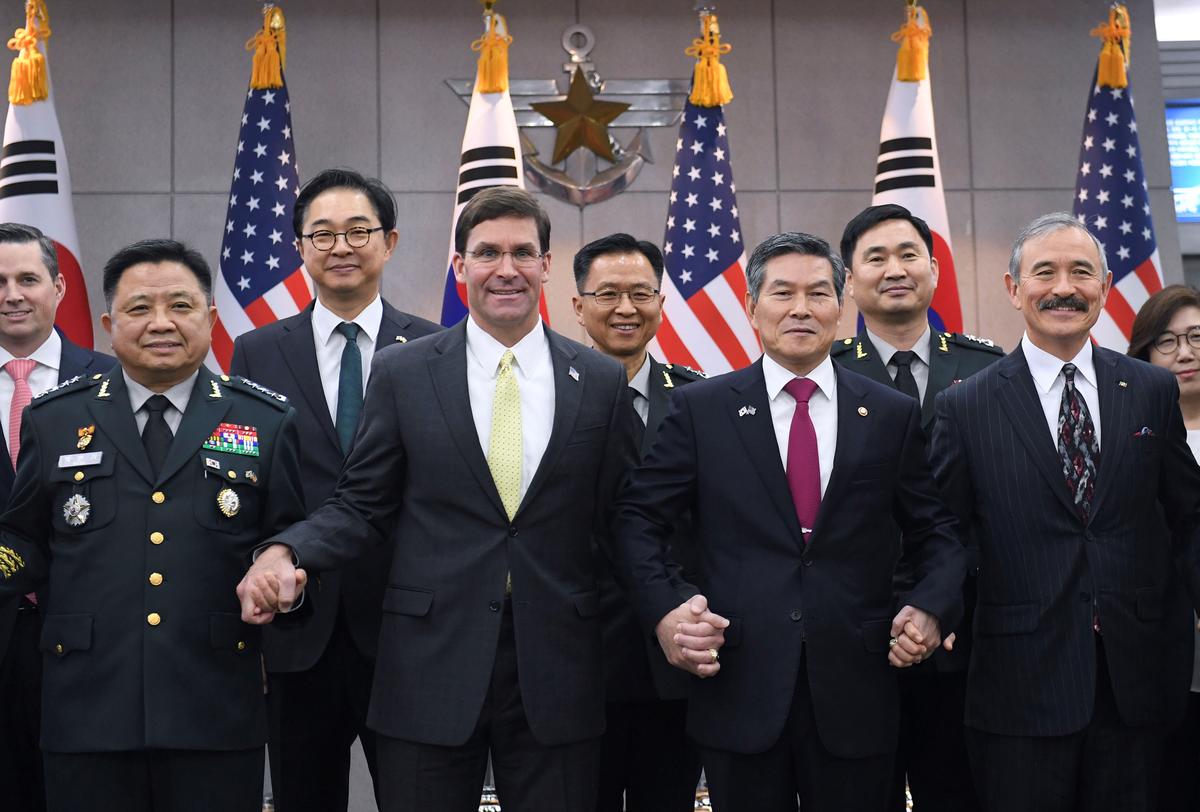 OSAN AIR BASE, South Korea (Reuters) – The Pentagon on Thursday denied a South Korean news report saying that the United States was considering a significant cut to its troop numbers in South Korea if Seoul does not contribute more to the costs of the deployment.

“There is absolutely no truth to the Chosun Ilbo report that the U.S. Department of Defense is currently considering removing any troops from the Korean Peninsula,” Pentagon spokesman Jonathan Hoffman said in a statement, referring to Secretary Mark Esper, who earlier on Thursday had said he was unaware of any such planning.

“Secretary Esper was in South Korea this past week where he repeatedly reiterated our ironclad commitment to (South Korea) and its people. News stories such as this expose the dangerous and irresponsible flaws of single anonymous source reporting. We are demanding the Chosun Ilbo immediately retract their story.”